The Dallas Cowboys’ playoff hopes appeared to be on extremely thin ice just two weeks ago, but things can change quickly in the NFL. And “change quickly” is indeed what has happened to Mike McCarthy’s club.

Eight days after upsetting the reigning AFC champion Cincinnati Bengals 20-17 at AT&T Stadium in Week 2, the Cowboys came into the Meadowlands and handed the heated rival New York Giants their first loss of the season. Dallas won a defensive slugfest 23-16, putting up 10 fourth-quarter points and sealing the deal with a Trevon Diggs interception on New York’s final drive. The Cowboys are now 2-1 and very much alive and well in the playoff race.

The Buckeye State is slated to launch legal sports betting on Jan. 1, 2023, and Bengals fans will be able to play through sportsbooks such as DraftKings Ohio. The belief is that DraftKings Ohio will offer new customers a risk-free bet of up to $1,000 upon signing up, and the variety of betting options will include futures, point spreads, parlays, props, and more.

With three weeks in the books, let’s dive into how the Cowboys have looked thus far. 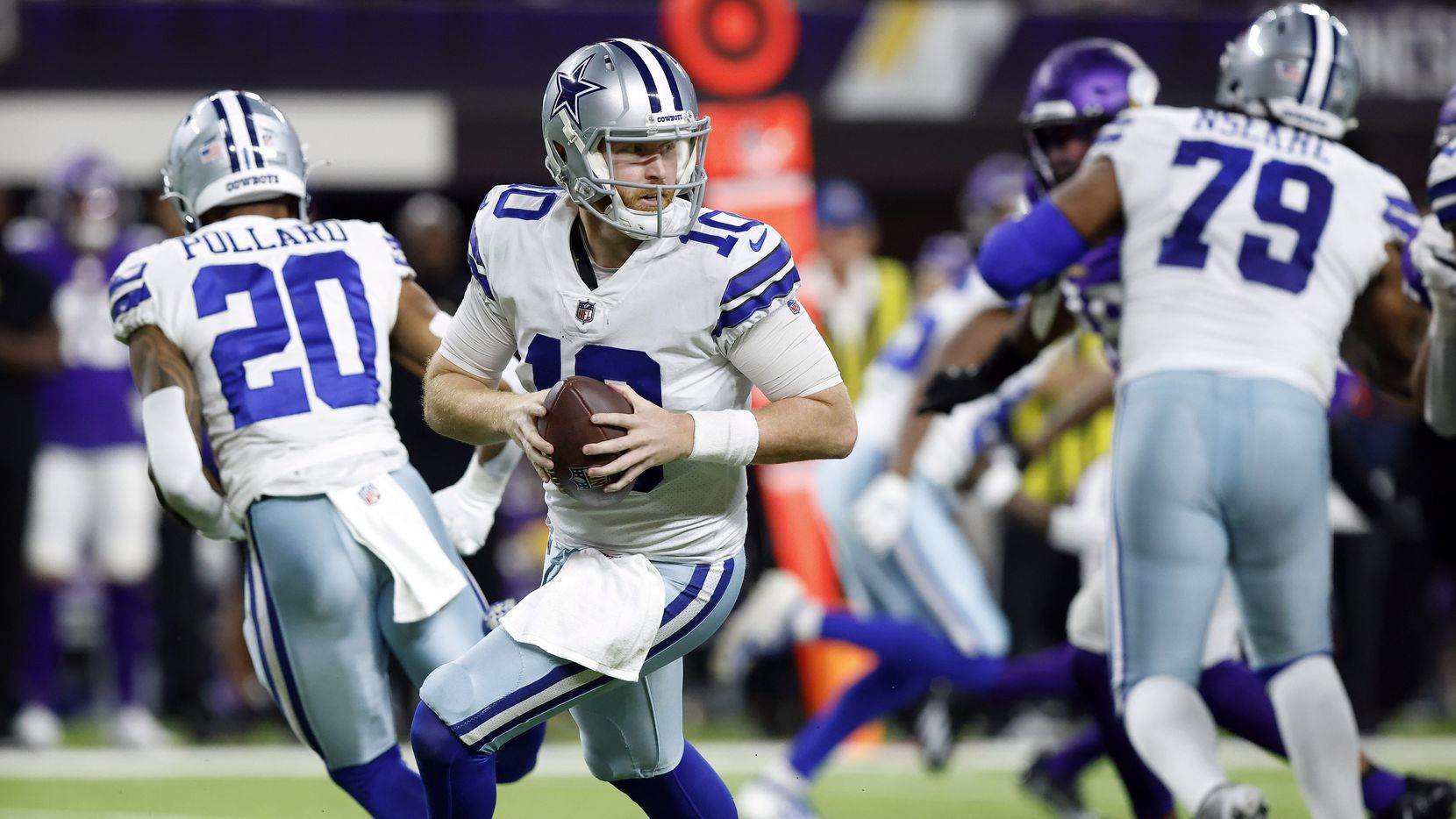 Cooper Rush Is Doing Enough For Cowboys To Win

Many wrote off the Cowboys after an ugly 19-3 home loss to the Tampa Bay Buccaneers. Star quarterback Dak Prescott required surgery on an injured hand and has had to miss two games (likely more), prompting the team to start veteran backup, Cooper Rush.

The 29-year-old had a near-flawless performance against New York, completing 21 of 31 pass attempts for 215 yards and a touchdown. He didn’t turn the ball over once, leading Dallas to a second consecutive win without Prescott.

This came a week after Rush played near-flawless football against Cincy, where he completed 19 of 31 pass attempts for 235 yards and one touchdown without an interception.

Surrounded by a championship-caliber defense and a dynamic rushing offense led by Ezekiel Elliott and Tony Pollard, the Cowboys don’t need Rush to play perfect. He just has to be a game manager, and Rush has been up for the role.

Rush is now 3-0 for his career as a starter. His other victory came against the Minnesota Vikings in Week 8 of last season, as Prescott was sidelined with a calf strain.

Defense Is The Identity Of The Cowboys

Rush deserves plenty of credit for keeping the offense afloat without Prescott, but make no mistake: The Cowboys are above .500 mostly because of their lights-out defense.

Dallas’ defense wasn’t the problem in the Week 1 loss to the Bucs. They held Tom Brady to 18 completions, 212 yards, and one touchdown. He was sacked twice and picked off once, and Dallas yielded just 347 total yards of offense.

Here we are through three weeks, and Dallas has yet to allow 20 points in a single outing. Doing that against Brady and Burrow is no joke, and doing it against a previously undefeated Giants team shouldn’t be overlooked, either.

Diggs, Micah Parsons, and DeMarcus Lawrence front an opportunistic Dallas defense that has made big plays time and time again in the early going. When Prescott returns, he can take comfort in knowing that he won’t always have to be lights-out for his team to win.

Because defense will take care of business more often than not.

Star Staffhttps://InsideTheStar.com/
This is the General Staff account for Inside The Star, a blog for Dallas Cowboys news, scores, schedule, rumors, and analysis. We are the official home for @CowboysNation on Twitter. Follow us today for new content updates straight from our timeline. To learn more about our staff, please visit our Staff listing.
Previous article
Cooper Rush and His Ability To Win
Next article
CeeDee Lamb Now Living Up To The WR1 and #88 Status

Halloween may be over, but Aaron Rodgers is still haunting the Dallas Cowboys. The Cowboys fall to the Green Bay Packers in overtime 31-28, after...
Read more
Subscribe
Login