With the NFL Draft under 70 days away, Cowboys Nation mock draft season is well underway and there are some interesting topics. The Dallas Cowboys have over 20 upcoming free agents but other than a handful of names, it appears as if the Cowboys could have a bigger roster turnaround than they had last season.

Even with that said, most of the Cowboys' starting lineup appears to be locked in unless, of course, the front office sheds some salary by releasing a high-priced veteran or two. The team's strategy of drafting the best player available (BPA) over need could become an issue.

A combination of both should always remain the focus but it could come with a caveat this year.

The top of the prospect rankings varies depending on who you talk to which makes this incoming crop of NFL hopefuls tough to rank. While this class will continue to try to raise their draft stock through traditional means, there could be a couple of intriguing options where the Dallas Cowboys can look to correct a past mistake.

The question lies for Cowboys Nation, will the front office alter their decision based on prior mistakes?

With the 24th overall pick, Todd McShay from ESPN recently mocked Michigan University Defensive End David Ojabo to the Cowboys. Taco Charlton immediately came to mind but that comparison is not fair to the outbound University of Michigan product.

Just to refresh your memory, Michigan Defensive End Taco Charlton was drafted 27th overall in the 2017 NFL draft. He was released by the Cowboys before his rookie contract expired ending what appears to be one of the biggest draft busts in recent Dallas Cowboys history.

Earlier this offseason while reviewing some film over potential first overall pick Aidan Hutchinson from Michigan, there were instances where David Ojabo looked just as good or even better on the opposite side. Comparisons to Taco Charlton are not warranted as Ojabo is a completely different edge rusher.

Ojabo reminds me of Kansas City Chiefs Edge Rusher Frank Clark. Long-limbed and twitchy are words that can be used to describe Ojabo while Charlton was more of a base strong side or odd-front defensive end.

Will the Cowboys' front office be bold enough to draft another Michigan edge player towards the back end of the first round? I would be in favor of adding Ojabo giving Dallas Cowboys Owner Jerry Jones another “War Daddy” to an already potent pass-rushing unit but scars remain for many over the Charlton pick.

Could you as a fan accept Ojabo or does the bad feeling from Taco Charlton still exist? According to the Mayo Clinic, PTSD or post-traumatic stress disorder is defined as a “mental health condition that's triggered by a terrifying event.”

I'm not sure about Cowboys Nation but it is still terrifying to know the Cowboys could have drafted Steelers pass rusher and newly minted Defensive Player of the Year, T.J. Watt, but opted for Charlton instead.

Could the Cowboys trade up again in the first round to take another perceived “blue-chip” prospect?

Another interesting note is the current draft stock of LSU Cornerback Derek Stingley Jr. Mock drafts have Stingley going as high third overall to as low as 16th. The last time the Dallas Cowboys traded up in the first round, it was to select then LSU blue-chip Cornerback Morris Claiborne.

Claiborne was a good player when healthy but the oft-injured cornerback never came close to his potential. Could the Cowboys trade up again in an attempt to land, who I believe is the draft's best cornerback?

Some of us still might have PTSD from trading up. This is especially true when you realize the Cowboys were targeting Utah Linebacker Bobby Wagner with their second-round pick. Dallas gave up the 14th and 45th picks to trade up for Claiborne while Wagner was taken with the 47th overall selection.

Instead of Cowboys Nation adding LSU Defensive Tackle Micheal Brockers with the 14th overall selection and Utah Linebacker Bobby Wagner with the 45th, they ended up with just injured potential. Both players started 16 games in the NFL last season while Claiborne last played a down in 2019.

A similar scenario could arise when looking at multiple trade charts. The value of the Cowboy's 24th and 56th picks is roughly 1080 points. On paper, that would be enough ammunition for the Cowboys to jump up to around the 12th (Minnesota) and 13th (Cleveland) spot.

Just as a side note, Cleveland broke my heart and took an LSU defensive back before the Cowboys got a chance in 2019 (Greedy Williams) and in 2020 (Grant Delpit), although both of those guys were drafted in round two.

If Derek Stingley Jr. is still available, could the Cowboys try to pair him with All-Pro Cornerback Trevon Diggs? Stingley is a phenomenal athlete with a nose for the football. He has the ability to follow the opposition's best wideout. He also fits the prototypical mold Defensive Coordinator Dan Quinn covets in his players. The six-foot-one, 195-pound cornerback reportedly ran a 4.30 forty-yard dash out of high school.

Excuse me for a moment Cowboys Nation while I wipe the drool from the side of my face.

The mere thought of having that cornerback pairing is exciting but Stingley has to get there first. A year away from football could push him down some draft boards but the lack of a consensus top pick might make him more desirable than the other prospects.

More importantly, would the Cowboys make such a bold move if placed in that position?

Vice President of Player Personnel Will McClay has done a phenomenal job at drafting since his arrival in Dallas and one of his only two first-round blemishes could be rectified in 2022. The question is, would the Cowboys pull the trigger, or do they have PTSD from the misstep also? 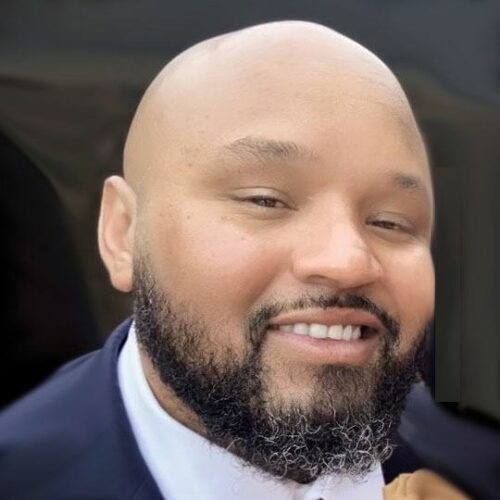 Angel Torres
Hello everyone, my name is Angel Torres. I have been married for 22 years and we have four children. I am a retired Army Warrant Officer with 21 years of active service as well as four deployments to the Middle East. When not writing about the Dallas Cowboys, I enjoy movies, collectibles, and watching my kids play in sports events. Go Cowboys!
Previous article
3 Weakest Positions for Cowboys Ahead of 2022 Offseason
Next article
Jahan Dotson & 2 WRs That Will Help Cowboys In The 2nd-Round

I don’t see them drafting a corner in the first or second round. They have two guys they seem to like that were drafted high last year. If Ojabo looked good it was probably due to the attention the guy on the opposite end was getting. Pass on him unless he falls to later rounds.

Yeah, having Aidan Hutchinson on the other side certainly helped. Having another likely Top 100 player in Chris Hinton inside of him likely didn’t hurt either. I’d be very leery of going down that rabbit hole.

Angel, the irony is that this could/should have been the first year of Awuzie’s (2017/rd 2/pk 60) 2nd contract with the Cowboys. I hadn’t seen Cincinnati play until the playoffs and was surprised/shocked to hear that Awuzie had graded out as the top corner in the AFC and 2nd-best in the NFL this season. I came to realize that I had held Rod Marinelli (and Kris Richard) in higher regard than I should have. Trading two picks to have drafted Charlton would have been definite straight-jacket time for me. : ) I think the Cowboys should stay in their lane and draft the best available player in each round, they’ve had recent success with it. We have the coaches to bring out their star value (… I think) Angel, thank you for your service!

If we’re gonna draft a corner in the 1st round, I’d rather draft Trent McDuffie or Roger McCreary!! Both of them have a good chance of being there at pick 24 and I think they will be just as good as Derek Stingley Jr and they don’t have the injury problems that Stingley does!!

And to reply to the comment above…. They did draft 2 corners early last year, but they wanted one in the 1st round!! So they could get one this year to make up for the one they didn’t get to get in the 1st round last year!! And apparently they don’t like the corners they drafted last year too much or they would have been on the field playing instead of letting Anthony Brown stay on the field all season!! I personally don’t trust either of the corners we drafted last year, especially Nahshon Wright!! And I don’t trust Anthony Brown either, so I’d be happy if we took a corner in the 1st round!!

Anthony Brown actually played pretty well last year and the Cowboys are slow to put rookies on the field. Oh bu the way if you didn’t notice Joseph was hurt most of the year and when he did hit the field played pretty well. As far as missing a corner in the first round…I don’t see anyone wanting a do over on that.

I’ve watched Ojabo and he’s far more dynamic than Taco and has far more upside, if you’re a bit gun-shy about him because Taco my thing would be just because he’s raw. Taco was the exact opposite no twitch, speed or upside just overrated by Rod Marinelli a man that either hindered good player’s growth in Dallas (Byron Jones) or drafting specific look like Tarzan play like Jane types(Taco).