After starting eight games last year and helping the Dallas Cowboys make the playoffs, Guard Xavier Su'a-Filo likely thought he wouldn't have much trouble making this year's team. But after Connor McGovern was drafted in April, Su'a-Filo's chances became much slimmer. Will the veteran backup be able to stick around in 2019?

Xavier was one of several offensive linemen who found their way to Dallas in 2018 as a ripple effect of Travis Frederick's absence. Joe Looney became the starting center and Su'a-Filo was added in September for depth at guard.

When Connor Williams got injured midway through the season, Su'a-Filo started the ninth game and held the job the rest of the way through December. Dallas eventually gave the job back to Williams for the playoffs, but Xavier's superiority as a run blocker was evident in the games he played.

Heading into this offseason, the pecking order among the interior linemen was fairly clear. Frederick is back as the starting center, while Williams and Zack Martin are the guards. Looney returns as the backup center and it seemed Xavier would remain a key reserve at guard.

But then Dallas made Connor McGovern from Penn State their third-round pick in the 2019 NFL Draft. He has position flex but is primarily seen as an interior player. They also signed Clemson's Mitch Hyatt as a priority undrafted free agent.

Will these rookies force Xavier Su'a-Filo off the roster?

If everyone stays healthy then it's hard to see where Xavier fits on the 2019 roster. If Dallas keeps just eight offensive linemen, you'll have the five starters plus Cameron Fleming, Looney, and McGovern. That top eight isn't really debatable.

The Cowboys could keep nine linemen but would they do that for Su'a-Filo? He's 28 years old and has just one year left on his contract. If he wouldn't play over Looney or McGovern, then what's the point?

A guy like Mitch Hyatt makes more sense to keep around, especially considering he plays offensive tackle. If La'el Collins leaves as a free agent next year, as many are projecting, then Dallas may be looking at Hyatt as the new swing tackle if they promote Cam Fleming to starter.

Unfortunately for Xavier, his best shot at making the 2019 roster appears to be another health issue for one of the players above him.

Given his solid play last year, the Cowboys may be looking for a trade partner for Su'a-Filo as we near final cuts. Or, if they trust McGovern to be the backup center, perhaps they move Joe Looney and then keep Xavier as an additional guard.

So no, as it stands, it doesn't appear there's a roster spot for Xavier Su'a-Filo. He's on the wrong side of the bubble, but it won't take much for an opportunity to arise. 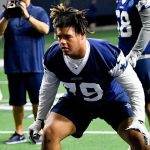 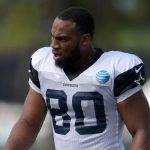