In the NFL, as with all professional sports, it's a “What have you done for me lately?” kind of mentality. That might not be a good thing for Dallas Cowboys Defensive Backs Coach/Passing Game Coordinator Kris Richard.

Things change quickly in the NFL. One minute you're considered among the best up-and-coming head coach candidates and the next thing you know that's no longer the case because your reputation takes a bit of a hit. That could be the position Kris Richard finds himself in now.

We all know the Dallas Cowboys defense has taken a huge step back in the Kris Richard's second year with the Cowboys. I could throw all kinds of statistics at you comparing Dallas' defense this year compared to last, but I don't think that's necessary. We've all seen how poorly they've played this season.

Now, Defensive Coordinator Rod Marinelli should definitely shoulder a lot of the blame as well, but that doesn't help Richard's tarnished reputation. It's that reputation that could cause organizations searching for their next head coach to look elsewhere this offseason, including the Dallas Cowboys. 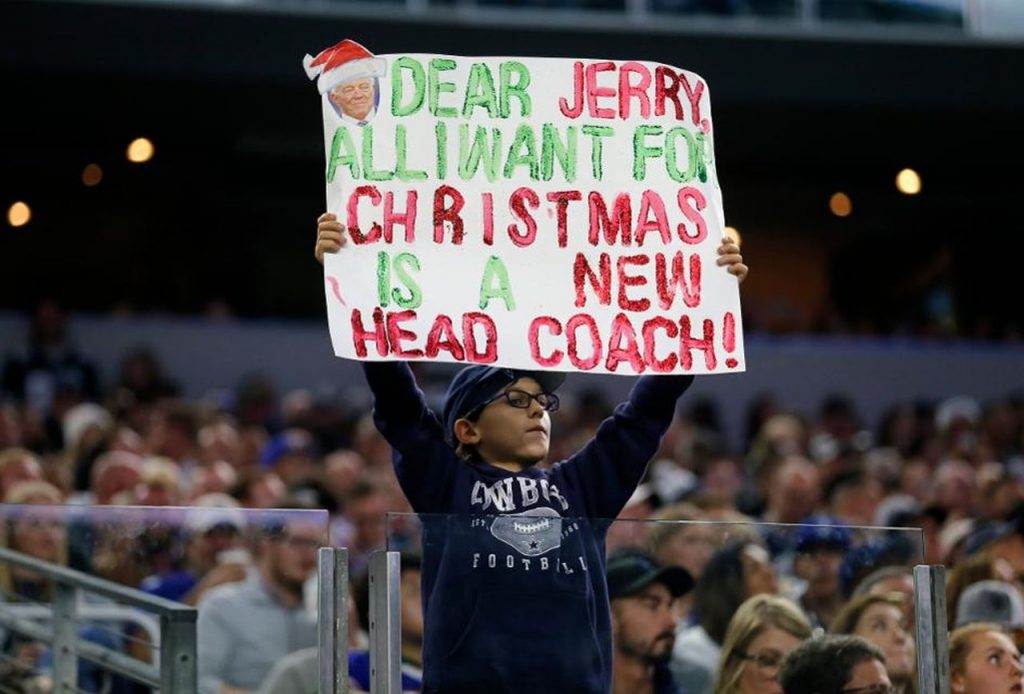 There is a large contingent of Cowboys Nation who were hoping Kris Richard was Jason Garrett's heir apparent as the Dallas Cowboys next head coach when he was hired almost 2 years ago. But with the way the team is struggling now and Garrett's suspected firing at the end of the season, Richard no longer looks like a HC candidate for Jerry Jones.

This is all speculation on my part, but I believe if Jerry Jones truly thought Kris Richard was a serious candidate to replace Jason Garrett he would have likely been named the intern HC after the loss the Buffalo Bills on Thanksgiving. The fact he didn't though suggests to me Dallas' Owner/GM will look elsewhere.

I don't know about you, but I think that's another shot to Kris Richard's reputation. If you add that to the Cowboys struggling defense, it's hard to believe Richard hasn't been knocked down a peg or two on that up-and-coming head coaching candidate list. Like I mentioned earlier, it's a “What have you done for me lately?” mentality in the NFL.

I feel for Kris Richard, but I believe he will get a shot at a head-coaching gig in the not-too-distant future. Unfortunately, he will probably have to rebuild his once popular reputation that has taken a pretty big hit with the Dallas Cowboys in 2019. I think he's up to the task though.

What do you think of Kris Richard's reputation as a HC candidate?

My question is this, on the interior of the defensive line, is it Marinelli of Richard who seem averse to getting a huge DT to help clog the line? Our line set up seems to allow runners huge gaps up the middle and just kills us, especially late when we are behind and need a three and out to get possession back. Is it Richard calling the alignment and plays on the defensive end or Marinelli?

That’s an excellent question. It’s something I’ve been thinking about here recently as well. I know Rod Marinelli has always preferred quicker, more disruptive defensive tackles, but I really don’t know about Kris Richard. I personally would love to see a change in philosophy there. Getting a big space eating DT would definitely help clog up the middle in the run game. And as far as the defensive playcalling is concerned, I think that’s something Marinelli handed over to Richard last year. I don’t think he’s solely responsible for the alignment and everything. I think it’s more of a collaborative effort between the two.

There’s a reason Seattle let Kris Richard go, and the reason has reared it’s ugly head in Dallas. As soon as teams figure out how to attack, he’s done. …should have went with Ray Horton as DC when we had a chance instead of going with Richard.

I actually had high hopes for him after the way the Cowboys defense rallied around Richard and played for him last season. I was expecting them to play at least as well as they did last season, but they dropped off significantly. I’ve wondered if things would be different if he was solely in charge of the defense instead of having to work with Rod Marinelli. It’s hard to know which one is mostly responsible for the defensive struggles this season.

I think our linebacker play regressed tremendously! when the other teams running backs run through our line , there,s no linebackers there to support them or safety!

You’re right. The linebacker play took a step back this season earlier in the year. Both Jaylon Smith and LVE were struggling, but Smith has rebounded since then and is playing well now. LVE’s health has been plaguing him most of the season and his current neck/back injury could keep him sidelined the rest of the year.

Why does Dallas linebackers line up so far off the line of scrimmage? It appears to leave gaps that backs are able to take advantage of because of their quickness in hitting holes in the defensive line. Why not come up a couple of yards to close gaps and make tacking these backs easier?