Cowboys’ Next Opponent, The Minnesota Vikings, Take On The Bears On Monday Night

Coming off a bye week, the Dallas Cowboys will take on the Minnesota Vikings this Sunday. But fans will get a unique chance to watch Dallas' next opponent on Monday Night this week, when the Vikings take on their division rival Bears.

The 3-5 Vikings got off to an abysmal 1-5 start, but have won two straight division games to get themselves back in Wild Card striking position.

Offensively it's been a weird, but productive year for the Vikings. Minnesota ranks 7th in offensive DVOA and 8th overall in EPA per play this season, led by Dalvin Cook and their dynamic rushing attack. Cook is already on the verge of 1,000 yards rushing this season, and has scored 12 rushing touchdowns through 8 games. Insane.

Quarterback Kirk Cousins is still…Kirk Cousins. Overall he can be an efficient quarterback operating within a play action passing offense, but when asked to do to much as a dropback passer we've seen him fail time and time again. 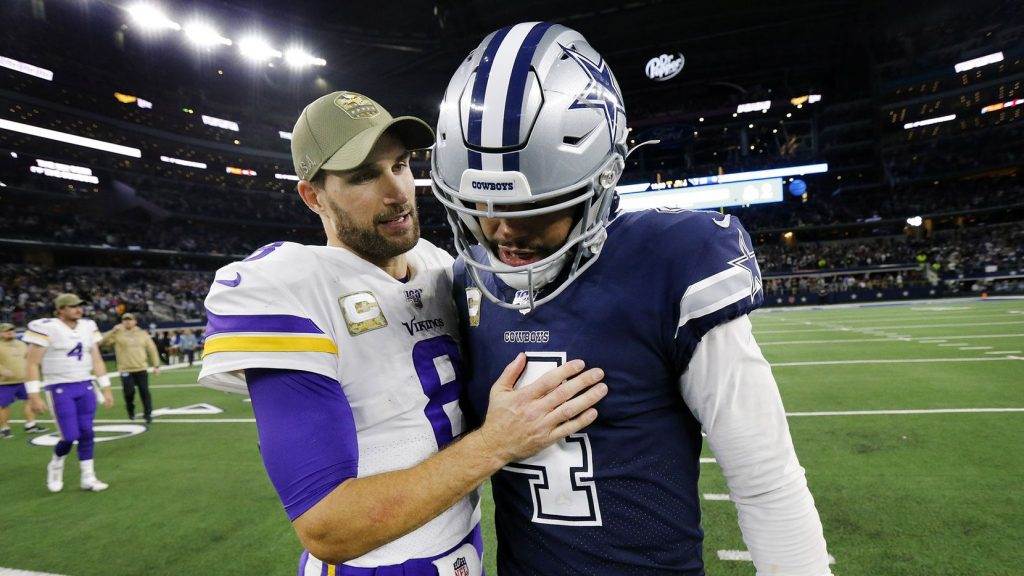 Not for a lack of weapons, though.

Adam Thielen remains a dangerous receiving target, and the rookie Justin Jefferson has emerged as stud. Jefferson is averaging nearly 80 receiving yards per game, and has become the big play option in their passing game.

Minnesota's problems this season have mostly stemmed from the defensive side of the ball. They rank 20th in EPA per play and 19th by DVOA against the pass. Their secondary has struggled mightily at times, and is heavily banged up heading into this week's game with Chicago.

Cowboys fans should keep a close eye on this Vikings defense tonight. If they can't slow down Nick Foles and company, then even Andy Dalton may be able to put up some numbers next week.

Despite their 3-5 record, the Vikings are a dangerous team who is heavily favored going into this game with the Cowboys. After a slow start against a tough schedule, the Vikings look primed to string some wins together and make a playoff push.

Kevin Bradyhttps://kevinrobertbrady.wordpress.com
Die-hard Cowboys fan from the Northeast, so you know I am here to defend the 'boys whenever necessary. Began writing for a WordPress Cowboys Blog, and have been with ITS since 2016.
Previous article
Why Dallas Cowboys Should Consider Adding CB DeAndre Baker
Next article
Chidobe Awuzie Set to Make Return this Sunday vs Minnesota