The Dallas Cowboys and Washington Redskins have been division foes since 1961, Dallas’ second season as a franchise. Their rivalry has been one of the most storied in all of sports, let alone NFL history. But as major pressure now mounts on Washington to finally change the team name, the Cowboys and the NFC East will also have to adjust.

Just this morning, Washington released the following statement regarding the name:

“In light of recent events around our country and feedback from our community, the Washington Redskins are announcing the team will undergo a thorough review of the team’s name. This review formalizes the initial discussions the team has been having with the league in recent weeks.”

The conversation about whether or not “Redskins” is a racial slur and should be done away with has been around for a long time. The first attempt at legal action against it was in 1992 when a Native American organization filed for the trademark rights to be cancelled.

Various other suits and complaints have occurred over the last three decades. The most famous occurred in 2014 when the trademark was temporarily revoked but eventually restored on appeal with the Supreme Court.

It’s no surprise that the issue has resurfaced in 2020 given the current social climate. As the country is embroiled in discussion and conflict over racial division, the Redskins name is now being targeted again and by bigger, more influential entities than ever before.

The biggest move came yesterday when FedEx, who owns the naming rights to the Washington stadium, formally requested the franchise to change the name. In addition, Nike removed all Redskins merchandise from its online store.

Owner Daniel Snyder was willing to deal with the public relations backlash before. But now big money movers are involved and he may finally have to surrender.

While most would argue that the Cowboys’ rivalries with the Philadelphia Eagles and New York Giants are more potent in the current era, their historic conflict with Washington has the longest legacy. The natural aesthetic of “Cowboys vs Indians” made for easy marketing, and the two franchises delivered with classic back-and-forth throughout most of the 60s and 70s. 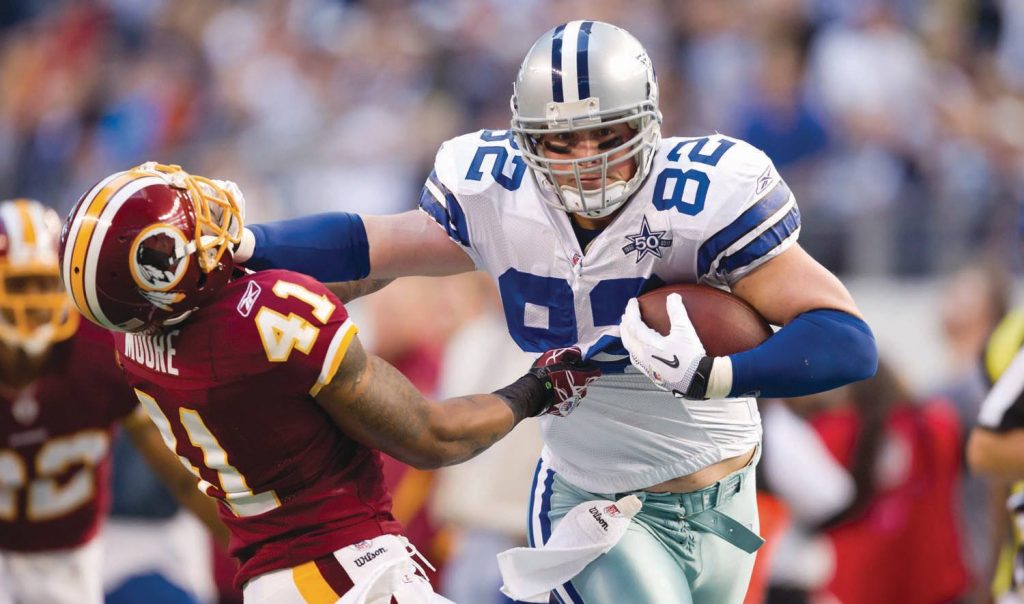 Things have become more one-sided in recent years. Dallas has built a 73-45-2 record against Washington all-time. They are currently enjoying a period of dominance with an 11-3 record since the 2013 season.

From 1997-2004, the Cowboys only lost two out of 16 games against Washington. These stretches of futility from the Redskins, which are indicative of their general place as the NFC East’s basement sweller, have taken a lot of sizzle out of the rivalry.

Nevertheless, matchups between Dallas and Washington are still circled dates on every season’s calendar. They tend to be in primetime slots or the Thanksgiving Day games, and they still have a huge impact on division contention and postseason goals.

If Washington does elect to re-brand the franchise, and it’s starting to look like they may not have a choice, how far they take it will be fascinating to watch. They will be the most historically prominent U.S. sports team to make this move without any relocation involved.

There are many ways they could go with the change. A minimal approach would be keeping their Native American mascot/emblem and changing the name to something like “Warriors,” so long as they don’t mind sharing it with a very popular NBA team. But even that may not be enough to satisfy some critics.

They could also embrace their location in the political center of the country, perhaps resurrecting “Senators” or some other name with that theme.

The name “Pigskins” would make a lot of sense. They could still have “Skins” as a short name and preserve part of team tradition with the “Hogs.” Many fans still wear pig noses in tribute to Washington’s great offensive line from the 80s and 90s. “Washington Warthogs” also rolls off the tongue nicely, and could make for a good logo.

Where this will go from here is going to be very interesting.  But for the first time in this almost 30-year discussion, it appears the Washington football team is finally closer to changing its name than not.

Perhaps as soon next season, “Cowboys versus ___” will be a new era in one of sports’ most storied rivalries.