Instead of beginning the 2020 NFL season with a set of season-long team captains, the Dallas Cowboys are changing it up under new Head Coach Mike McCarthy. The Cowboys will be announcing team captains every week one day before gameday. The weekly three team captains will be named by the coaches. However, if and when the team makes the playoffs, the players will vote for permanent postseason captains.

This is new for the Cowboys but it's not for Mike McCarthy. This was his approach to awarding team captainship in Green Bay when he coached the Packers and it seemed to work just fine.

We shouldn't be surprised to hear there's controversy surrounding this particular decision by the coaching staff. After all, we all enjoy watching certain players rock the captain patch on their jersey. especially when they're awarded the golden “C” that's handed to players that have been named captain for more than four years.

But truth be told, I love this move by McCarthy. And I think you should, too.

It might sound silly, but it does motivate even professional players. As player-team negotiations become more public every year thanks to social media, sometimes it's easy to think athletes are just concerned about money. But it's impossible to ignore that most of the players on NFL rosters are ultra-competitive.

In a year in which the Cowboys are looking for every edge possible as they try to end a long, long Super Bowl drought, I'm excited to hear McCarthy is changing things up even in team leadership structure. 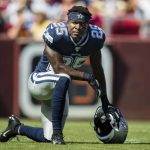 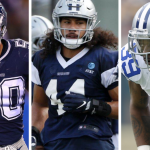