The Dallas Cowboys are in a tailspin.

After a 3-0 start, and later a 6-4 record, the Cowboys have completely fallen apart in recent weeks. They now sit a game under .500, having lost three straight – each in more embarrassing fashion than the last.

As bad as things have been, though, there is one saving grace for the Cowboys campaign: their division is awful.

As you likely know, the Cowboys still control their own playoff destiny. Beat the Eagles in their week 16 re-match and they'll more than likely be the NFC East champions. Even if they finish with just a 7-9 record.

While a legit playoff run feels like a pipe dream, quarterback Dak Prescott is refusing to give up. Prescott spoke to the media earlier this week about the importance of this week's matchup, saying that if they could just get one win they could gain some momentum and make a run.

“This has been a streaky team, and yes you’ve got to that first one to get the second one, and that’s kind of just the mindset. ‘Focus on today, let’s focus on now, let’s focus on this week and not worry about the rest.”

Prescott's Cowboys have their work cut out for them this Sunday, though.

Despite struggling in similarly disappointing ways to the Cowboys earlier in the year, the Los Angeles Rams have hit their stride over the past two weeks. Sure, blowing out the lowly Arizona Cardinals isn't all that impressive, but controlling a primetime game against the Seahawks certainly is.

Sean McVay seems to have gotten back into his play-calling grove the last two games, and has Jared Goff and the Rams offense looking like they did a year ago.

And when you consider how bad the Cowboys defense has been over the last month, McVay is probably salivating at the thought of going after them this Sunday.

Still, Prescott is right in his assessment. If they can somehow beat the Rams this week, they'll re-gain confidence before heading to Philadelphia for the de-facto division title game. And then, well, they get the Washington Redskins to close out the regular season.

So maybe, just maybe, Dallas can win this one against LA and start a three game winning streak. But it'll certainly be a tall order. 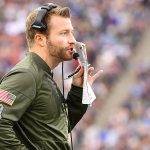 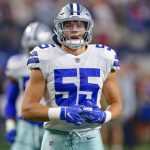