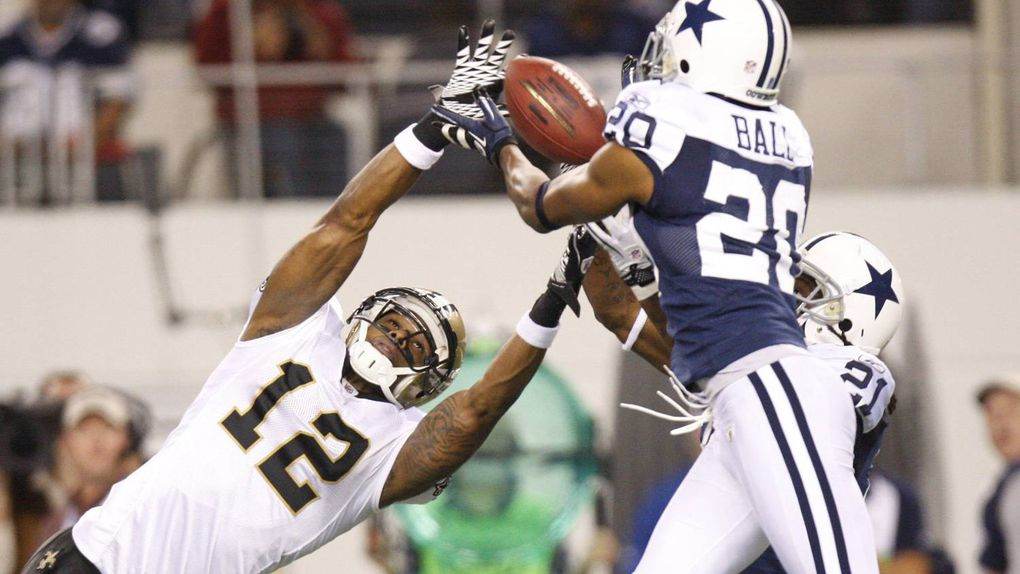 Part of the first rookie class under Wade Phillips, Ball entered the NFL as a CB and spent most of 2007 on the practice squad.

He then worked his way onto the roster and then served from 2008-2009 as a backup corner and special teams player.

Phillips decided to convert Alan from corner to safety in 2010 and Ball earned a starting job. It only lasted one year, though, and Ball moved back into reserve duty when Dallas signed veteran Abram Elam in 2011.

After his rookie deal expired with the Cowboys, Ball followed Wade Phillips to the Houston Texans. He remained backup for one year and then joined Jacksonville in 2013.

For two years he played as a starting CB for the Jaguars before injuries marred the last few years of his career.

Alan Ball provided great value for a 7th-round pick. He played out his rookie deal in Dallas and even served as a full-time starter for one season. His versatility kept him employed for a decade in the NFL, which is way more than a lot of guys drafted ahead of him can say.