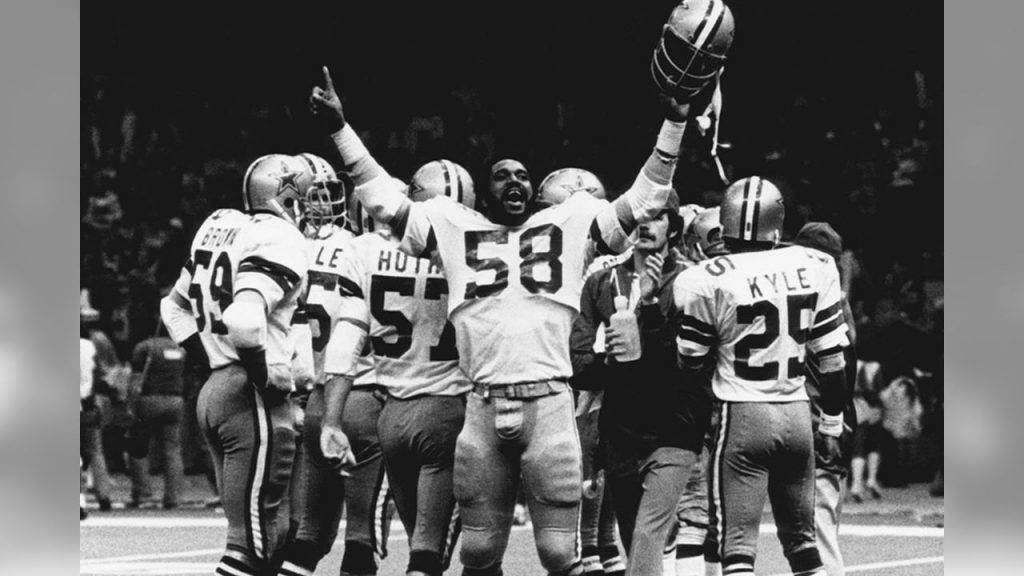 Now we get into the real cream of this 7th-round crop.

There was some controversy when Dallas first drafted Mike Hegman in 1975. The Cowboys used their pick on him but then Hegman returned to college, thinking he had one year left of eligibility. It wasn’t until a few weeks into that season that the NCAA ruled Hegman was actually ineligible and forced him to sit the rest of the year.

Dallas still retained his rights and added Mike to their roster in 1976.

Mike Hegman was a backup linebacker and special teams player for his first four seasons. His most famous play came in the Cowboys’s loss to the Pittsburgh Steelers in Super Bowl XIII, returning a Terry Bradshaw fumble for a touchdown.

Hegman became a starter midway through the 1979 season when “Hollywood” Henderson was released. He held that job for most of the next decade and until his release in 1988.

Much like those from the early 2000s, the Cowboys’ best players from the 80s will never get the same recognition as guys from other eras. It was a low point in team history, but even in overall weakness there were some strong individual efforts.

Mike Hegman was a true 7th-round success story. He played 12 seasons for the biggest franchise in football and most of that as a starter. He also made one of the highlight plays in Dallas’ Super Bowl history.