When the Dallas Cowboys opened their world-class headquarters in Frisco, affectionately named The Star, the possibilities were endless for the franchise that embraces football being bigger than life in a state where that’s certainly the case.

Not only have the Cowboys hosted more football than ever with AT&T Stadium serving as their home and the Ford Center at The Star being a shared practice space with local high schools, but they became the first team to host the NFL Draft from their stadium in April.

Just as the draft has become a spectacle for fans and media alike, the all-important Scouting Combine that leads up to the draft each year is a fully televised event now. Held in Indianapolis since 1987, the Cowboys will have to prove they’re well prepared to handle the burden of a Scouting Combine while disrupting the continuity that Lucas Oil Stadium has provided.

The biggest advantage that Indianapolis has held through years of the Combine’s development is their stadium’s proximity to local hospitals. Any scout or draft analyst will tell you that the most important thing draft prospects go through during the Combine is their medical checks, something they can now do at The Star without setback.

Across the street from The Star is now the Baylor, Scott & White Sports Therapy & Research center, a brand new medical facility that spans 300,000 square feet. The Cowboys will even have their time to work out the kinks of potentially hosting the Combine, with Indianapolis still under contract to host the event through 2020.

The Combine also serves as a key point in the NFL offseason where executives and coaches from every team are together, often leading to trade talks that impact the following draft. Imagination can run wild with the Cowboys hosting the Combine on campus at The Star, and rival head coaches meeting in a Sushi Marquee, Cow Tipping Creamery, or Luxe Eyewear. 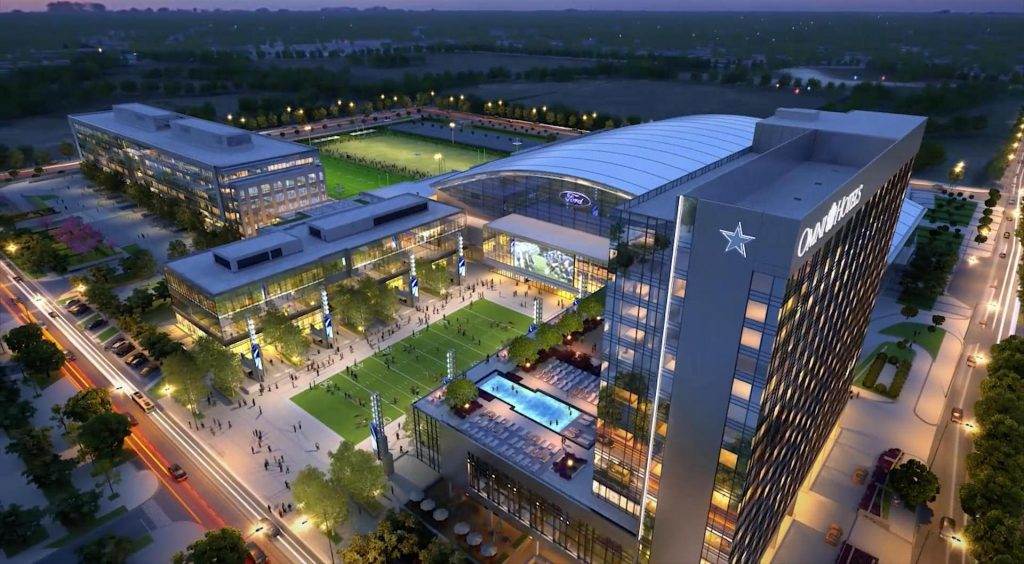 These are merely three of the hundreds of auxiliary features in place at The Star, ready to take the Combine to the next level, as Dallas already did with this year’s NFL Draft.

Linebacker Leighton Vander Esch and Left Guard Connor Williams became the first players to be drafted in the stadium they’ll call home. Within a few years, prospects fortunate enough to get the call from America’s Team may feel an even deeper connection to the Cowboys, going through their job interview that is the Combine at the team’s headquarters.

Jerry Jones has stated that The Star was never designed with the thought of hosting a Combine in mind, but this does not mean preparations will not take place for the Cowboys to be ready following two more years in Indianapolis.

Tell us what you think about “Dallas Cowboys Hoping to Bring Scouting Combine to The Star in Frisco” in the comments below. You can also email me at Sean.Martin@InsideTheStar.com, or Tweet to me at @SeanMartinNFL!