Often considered a top unit in football, the Dallas Cowboys offensive line seemed to take a step back in 2017. Mostly due to injuries and free agent departures on the left side, the Cowboys were unable to form the same solid unit we have seen in years past.

Despite their struggles, most would still consider them a top 5-10 offensive line in the NFL. At least, that's what I'd expect considering they still feature three All-Pro caliber players upfront.

Matt Harmon of NFL.com put together a list of the top 10 offensive lines in football based on performance in the 2017 season. The list was strictly developed through the use of next gen stats, which defined pressure as “pass-rushing play in which a defender gets within 2 yards of the opposing quarterback at the time of the throw or sack.” In addition, “yards gained before close” was taken into account. This metric is meant to measure “the amount of rushing yards a running back gains before opposing defenders come within 1 yard of the player.”

After compiling all of these stats, the Cowboys offensive line was left off of the list completely. Maybe even more surprising, however, was that the Philadelphia Eagles' line failed to crack the top ten as well. That's two lines with 3-4 Pro Bowl caliber players each missing the cut.

According to Matt Harmon the Cowboys allowed a pressure on 28.6% of Dak Prescott's dropbacks, 12th highest in the league. Dallas also ranked 20th in the league in YGBC in 2017.

While I do have some issues with the methodology of these statistics, the final result is actually hard to argue with. Down the stretch the Cowboys offense was downright pathetic at times. Regardless of how highly we thought of them prior to the year, the offense didn't perform to their standards, or the standards of a top ten unit.

Heading into 2018, however, I do expect this offensive line to begin to regain form. La'el Collins should continue to improve on the right side, and he is already an adequate starting right tackle regardless. I also expect Dallas to address their left guard spot, potentially within the first two rounds of the 2018 NFL Draft.

In the end the success of this line may hinge on the health of Tyron Smith, though. When healthy, Smith is the best left tackle in all of football. But that “when healthy” caveat has certainly hurt the Cowboys offense.

The way the front office handles their offensive line this offseason will play a huge role in the success, or lack thereof, of the Cowboys in 2018.

More evidence that Dak was all that held the Boys together last season. The o-line was a shadow of the prior year and couple that with Ellioot being suspended and out of shape most all year plus the receivers having a really bad year of drops and Dak had an amazing year to get the Boys 9 wins. Then, the defense collapsed often and provided very few turnovers so Dak was looking at long fields all year.
The Boys were and are much closer to “just Dak” than fans want to imagine.

Dak ran for his life on every play but yet “He Sucked”. Garrett Let it happen 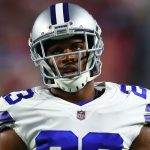 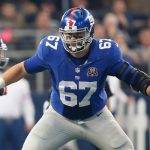