The Dallas Cowboys latest Deep Blue documentary premiered last night, and took fans behind the scenes for some of the biggest draft decisions in team history. Interviews with team personnel, media members, and former players gave insight into how Super Bowl champions like Michael Irvin and Emmitt Smith got the call from Jerry Jones.

The show started on an interesting note, as it covered Jim Garrett's influence in bringing Michigan State tackle Flozell Adams to Dallas in the second round of the 1998 draft. Adams' five-time Pro Bowl career with the Cowboys at left tackle reassured the Cowboys that looking past some medical concerns was the right choice. That 38th overall pick was the highest the team used on an offensive linemen until 2011 – the first year Jim's son Jason Garrett took over as head coach of the Cowboys.

The Cowboys drafted Tyron Smith in the first round that year, and two years later added Travis Frederick before drafting Zack Martin over Johnny Manziel in 2014. The true story on how the Cowboys decided on Martin over the Heisman trophy winner from Texas A&M has reached fairy tale status around Dallas, but War Stories did it's best to clear things up.

While none of the Cowboys scouting or coaching staff wanted to slight Jerry Jones, who remained interested in Manziel until the waning seconds of the draft clock, the consensus pick was Martin. Stephen Jones called in the pick with Jerry sitting next to him, and though he had to hear some grief for it it's been clear from the minute Martin took the field that the Cowboys made the right pick.

The debate between Rashard Mendenhall and Felix Jones in 2008 was another topic covered, with the team deciding that Jones would compliment their every down back in Marion Barber better at the time. Jones ability to return kicks was also a selling point for the Cowboys to bring in an Arkansas Razorback – something that's since been blown out of proportion when it comes to Jones favoring players from his alma mater.

Cowboys radio announcer Brad Sham weighed in as a team historian throughout the show, calling Larry Allen the “best draft pick in team history”. War Stories even ventured into undrafted free agency to briefly tell the story of how Sean Payton and Bill Parcells worked to sign Tony Romo away from Mike Shanahan and the Denver Broncos. 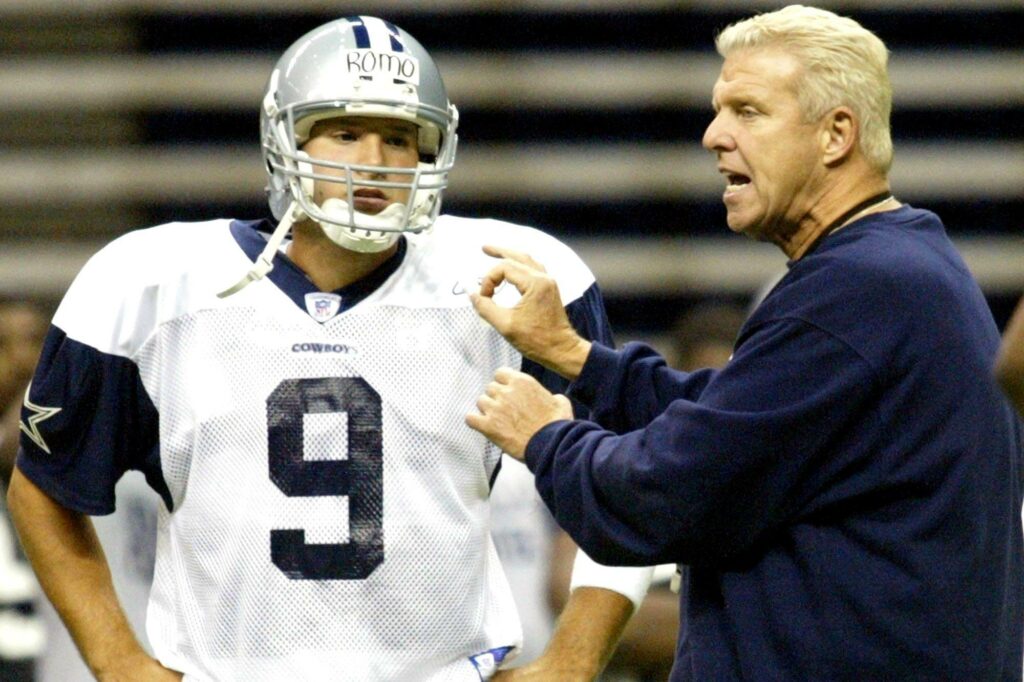 As for how War Stories relates to the 2021 Cowboys, the conclusion focused on the team's trade down from tenth overall to twelfth for rookie linebacker Micah Parsons. Being wiped out at CB and knowing Alabama WR Devonta Smith would end up in the NFC East regardless, the Cowboys traded down with the Eagles and still landed their top graded defender.

After the draft, it came out that HC Mike McCarthy was not apart of the Cowboys virtual pre-draft meeting with Parsons. However, he was shown next to Jerry in the war room agreeing with the decision to take the Penn State prospect over Northwestern OT Rashawn Slater.

Parsons has lived up to the billing so far in training camp and the preseason, handling everything new DC Dan Quinn has thrown at him.

The Dallas Cowboys selected nine players in the 2022 NFL Draft. Now, attention turns toward the undrafted free agents making their way to Dallas....

We lucked out getting Parsons. If one of those two top CBs were there, they would be a Cowboy now and Parsons would be elsewhere. IMO, much better to have the second level playmaker than a CB considering our BAD run defense last year. I could not understand their pre draft logic from jump. Our pass defense was not good last year, but certainly better than our putrid run D.

Single best draft pick of all time, hard to say, but off the top of my head, Lilly, Roger, Allen, Emmitt, Dorsett, R White maybe in that order.