During their preseason opener, the Dallas Cowboys offensive line faced its first test of the season. The young, athletic, and downright talented defensive line of the 49ers gave the Cowboys starting five a chance to gauge their offseason progress thus far.

I’d say the starting group passed the test, while the backups and depth players looked a bit more shaky. The good thing about football, though, is that they get a shot to do it all again this Saturday.

This week’s opponent, the Cincinatti Bengals, feature some serious talent upfront. Defensive tackle Geno Atkins is one of the best interior defenders in all of football, terrorizing centers and guards since he entered the league. 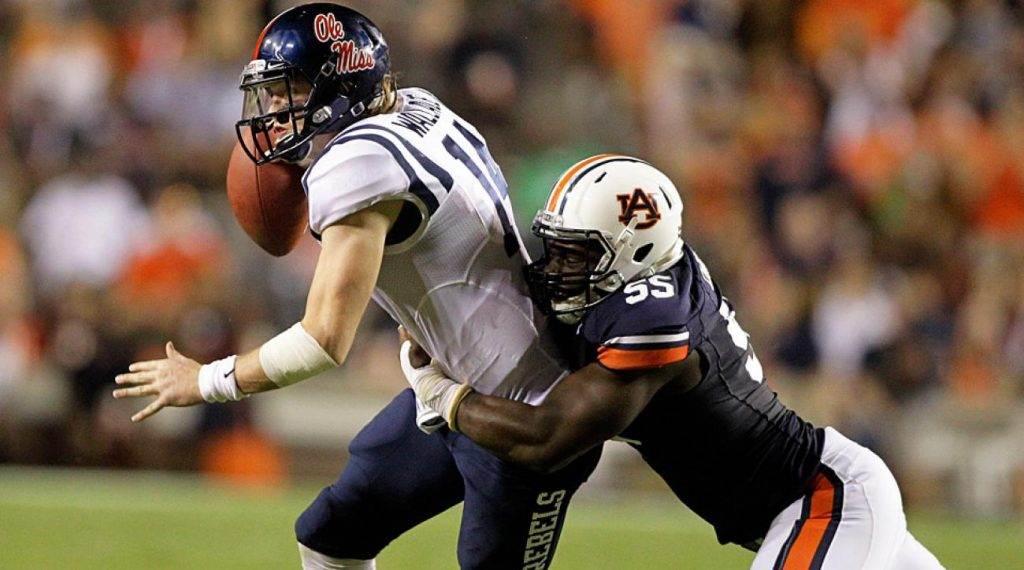 On the edge is one of my 2017 draft favorites, Carl Lawson. Lawson was a draft target of mine for the Cowboys, but it appears the entire league missed on the stud edge rusher during that draft. During his rookie season a year ago, Lawson racked up 8.5 sacks and looked like the best rookie rusher in all of football. It’s rare that a rookie defensive end tallies the sack total that Lawson did in 2017, but then again, Lawson is a rare type of player.

Opposite of Carl Lawson is veteran pass rusher Carlos Dunlap. Together, Atkins and Dunlap have been one of the more dangerous pass rush duos for quite some time, but the additions of Lawson and Jordan Willis make them an incredibly impressive group.

During the Bengals’ preseason opener against the Chicago Bears, their defensive line looked to be in midseason form.

Though Geno Atkins had the team’s only sack, the trio of Atkins, Lawson, and Dunlap looked as prolific as ever.

This deep and talented defensive line is a more-than worthy test for the Cowboys this Saturday. Rookie Connor Williams will likely have to block Geno Atkins at some point, and though he looked promising against the 49ers, this week presents a whole different challenge.

Many now expect veteran center Travis Frederick to miss Saturday’s game as well, due to his shoulder troubles during training camp. If Frederick were to miss the start, Joe Looney would be thrown into the first against this first team defensive front of the Bengals.

A rookie at left guard and Looney at center might not be the best ingredients against Geno Atkins and company, but it’ll be what they have to roll with.

Still, Saturday will give us another chance to see what the 2018 Dallas Cowboys offensive line is all about.