There is a strong possibility that the eventual winner of the NFC East in 2019, likely either the Dallas Cowboys or Philadelphia Eagles, will have an 8-8 record or worse. This bring us back to the unavoidable debate about how much these mediocre teams really deserve playoff consideration; should teams with winning records be pushed aside because someone won a bad division?

The most recent example of this was the 2014 Carolina Panthers, who won the NFC South with a 7-8-1 record. Their automatic bid to the postseason left a 10-6 Eagles squad and the 8-8 49ers sitting at home in January.

Carolina silenced many critics of their playoff appearance by winning in the first round over the wild card Arizona Cardinals, who'd gone 11-5 in the regular season. But had that game been in Arizona, and had the Cardinals not been down to their third-string quarterback, things may have gone quite differently.

The Panthers were blown out in the second round when they had to visit Seattle.

There is no denying the occasional unfairness of the NFL's playoff seeding system. The ebb and flow of parity and injury in football means that some divisions are just going to be bad at times, and one or two good teams will be left in the cold some years.

But do these random, sporadic injustices really mean the NFL should change the postseason format? Should provisions be in place to prevent bad teams from stealing playoff spots, or even just home field advantage, away from superior regular-season performers? 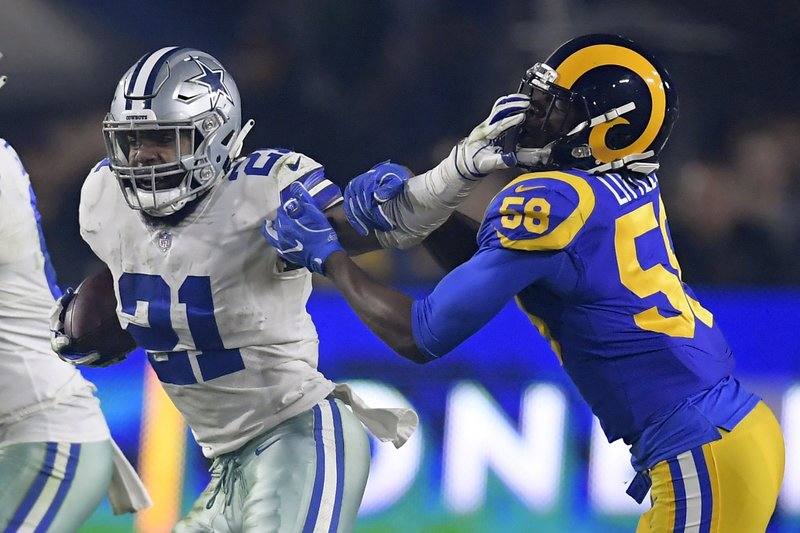 For example, let's consider the potential scenario for the Los Angeles Rams this year. They are currently 7-5 and could easily beat the Cowboys next Sunday. Let's say both teams finish 8-8 and Rams have a head-to-head victory over Dallas; do they deserve to miss the playoffs?

Or how about if the Green Bay Packers or Minnesota Vikings, who both defeated the Cowboys this season, wind up as a wild card team seeded against them in the tournament? Is it fair for either to have to come to Dallas for a playoff game just because they didn't win the NFC North?

The easy answer is “no” to the question of fairness. But at the same time, the NFL can't change the rules in a way that neuters the importance of division games and rivalries.

This is a league where helmets matter more than jerseys; fans root for the team more than the players. That trickles down into making rivalry games the real bread and butter of the NFL product.

Winning the division has to mean something or else you'd just have to get rid of them completely. That's why I think the answer here is found in the middle; give division winners a playoff spot and nothing more.

Give the Cowboys or Eagles, or any other future division winner with a weak record, a spot in the tournament. But then make them go on the road if the wild card team has a superior overall record.

This year it's probably going to work out to our benefit, Dallas fans, but imagine if we were that other team. Think how you'd feel if the Cowboys were on the wrong end of the current rules.

I really don't think this is that complicated. Seems like the best solution for overall fairness across the league. Honestly, I'm surprised it didn't come into effect after 2014 or one of the other times this issue has come up.

We'll see if Dallas or Philadelphia does something in January to mitigate this problem. But even if they do, the NFL should still consider the format change to help avoid future debates.

Jess Haynie
Cowboys fan since 1992, blogger since 2011. Bringing you the objectivity of an outside perspective with the passion of a die-hard fan. I love to talk to my readers, so please comment on any article and I'll be sure to respond!
Previous articleIs Troy Aikman a Legitimate Candidate for Cowboys General Manager?
Next articleTime for Cowboys To Use Dak Prescott’s Running Skills?

Before last week's games the Saints and Seahawks were the top two teams in the NFC. Now it's the 49ers and Packers, and plenty...
Read more
Cowboys News

Why Did the Cowboys Bother Re-Signing FB Jamize Olawale?

During the 2019 offseason, Dallas surprised many by re-signing free agent fullback Jamize Olawale to a three-year contract. He was barely used in 2018,...
Read more
Cowboys News

While the Dallas Cowboys have maintained that they won't fire Jason Garrett during this disappointing 2019 season, that mercy apparently won't extend into next...
Read more

What is fair is that divisions matter.

What is correct from the business standpoint of NFL is that the maximum number of fanbases stay engaged for the longest period of time, so that the ratings (TV and radio) and ticket sales are maximized.

If the writer had his way, the upcoming game between the Cowboys and Eagles would be meaningless. What would be the attendance for a meaningless game? What would be the TV ratings for the game? As it stands now with the current setup, that game will draw major interest even though it will be a contest between two mediocre (at best) teams.

Meanwhile, the teams that are in danger of missing the playoffs despite having a better record than the Cowboys are incentivized to keep winning and playing their best football. If the writer had his way, there is a chance that playoff positions could be locked in place before week 16 or week 17, rendering more games on the schedule meaningless. How is that a good thing from the business standpoint of the NFL?

Life isn’t always fair. What is fair is that every team knows the rules before season starts. If a team doesn’t make the playoffs, it is the result of them failing to win enough games under the rules.

Finally, the 2008 Patriots were 11-5 and failed to make the playoffs. The rules were not changed after that happened. There is no compelling reason to change the rules after this season.

The writer also said that divisions need to matter and that he wouldn’t change the rules completely., just the aspect of who gets a home game and who doesn’t. The writer feels like you only read half his article.

You have a good point.

I was arguing against the general idea that lousy division winners don’t deserve playoff spots at all.

On the other hand, his claim that merely taking away the home game from a lousy division winner would end the debate is laughable.

Leave well enough alone. This won’t be the first time a struggling team limps in to the playoffs. If a team with a superior team record can’t go on the road and beat a lowly 8-8 team or 7-9 team, oh well. Stop all this crying about fair. The cowboys get treated unfairly as an organization. Mostly hated, overly criticized, etc. Cowboys are a talking point on every sports talk show. 32 teams and Dallas is the only disfunctional franchise B.S!!!!! It amazing how much criticism comes when we are losing but, over hyped when we are winning. Jerry Jones and Jason Garrett don’t play. The team on the field is what is looking really really bad. Where is the Fight and Heart. I DON’T SEE IT.