Once week 8 comes around, it's acceptable to start MVP discussions. Of course, that sort of talk begins even before the season starts, but by the eight week of the season we've seen plenty of NFL action for the conversation to have any sense at all. Having said that, on today's edition of Football Focus, I'll share with you my top three candidates for the MVP award this season. Stick around for some thoughts on the New England Patriots, Andy Dalton, Los Angeles Chargers and more!

Dangerous Russ is playing absolutely great. Despite a rough outing versus the Baltimore Ravens, Wilson has been playing at MVP level all season. Although the Seahawks are always thought of as a talented team, the truth is they're far from being one of the best rosters in the NFL. Wilson's offensive line is average at best and he still manages to play lights out football.

He has a 122.1 passer rating outside of the pocket, according to PFF. He's led the Seahawks' passing offense to become the second most efficient according to DVOA. Wilson is elevating the players around him. If the Seahawks make the postseason, it'll be thanks to him. He might be the best QB in the NFL right now.

The Houston Texans are a difficult team to figure out. They're 4-3 and have been somewhat inconsistent this season. They're not the best of teams, but Deshaun Watson is a great QB. Watching him play is unbelievably fun as he slings the ball all over the field. His offensive line is far from great, but he manages to extend plays and get the job done frequently.

Watson is throwing 8.3 yards per attempt (fifth most in the league) and he's racked up 18 total touchdowns (tied for first in the NFL).

Last week wasn't very helpful to his case, but Watson will continue to play well this year. If the Texans win the division, I'll sure consider him an MVP candidate.

Baltimore Ravens' QB Lamar Jackson might be a dark-horse candidate in the MVP race, and I'm surely betting on him. He's just a tough quarterback to defend. Many people don't like running signal-callers and I get it. Historically, their careers haven't been very long and they're often injury-prone.

But Jackson is sixth in the league in rushing yards (576). In average rushing yards per attempt, Lamar actually leads the league with 6.9 yards. He makes it look easy even against well-coached defenses such as Pete Carroll's Seahawks. With the Ravens playing aggressively this season on their way to a 5-2 record, Lamar Jackson should be in the MVP conversation.

Underdog of the Week: Baltimore Ravens

The Seattle Seahawks were 3-point favorites last week against the Baltimore Ravens. The Ravens defeated the Seahawks on the road – which isn't easy in Seattle – 30-16. Lamar Jackson was impressive on the ground as he racked up 116 yards in 14 carries. The guy is special and it's the first time this season when the Ravens have convinced me they're a good team. I had my doubts, but they're gone now.

This might've been Rodgers' first “elite” performance of the season. Against a bad Oakland Raiders' defense, Rodgers did a fantastic job throwing the football. He completed 25 out of 31 passes for 429 yards and five touchdowns. He was great. Although the Green Bay Packers are 6-1, they're one of those teams that still have a lot to prove. Rodgers having such a good game is a step in the right direction.

Sooner or later, the Wisconsin Badgers were supposed to fall. They're a good football team and they ranked #6 prior to last week, but they weren't likely to survive a game versus the Ohio State Buckeyes next Saturday. However, their first loss of the season arrived very unexpectedly. As a 31-point underdogs (yes, you read that right), Illinois defeated Wisconsin on a walk-off game winning field goal.

Illinois pulls off the BIGGEST upset of the season over No. 6 Wisconsin! #SCtop10 pic.twitter.com/z3lmx1H7kK

Just like that, Wisconsin's playoff hopes are completely gone. It's tough to see, but it's what makes college football beautiful. The surprises never stop. 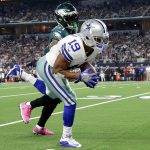 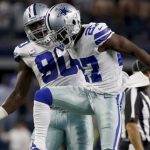