Things can change plenty in a year. Entering the 2018 season, the Dallas Cowboys had an odd offensive philosophy regarding the passing game. Having released team beloved veteran Dez Bryant, the Cowboys had a handful of “okay” receivers and yet no legitimate starter. Players and coaches talked about not needing a true “WR1” to have offensive success in the season. It didn't take long for the Cowboys' controversial philosophy to be proven wrong. A year later, it's becoming even more clear how wrong it was.

Let's rewind. Before Amari Cooper wore the Star and before Michael Gallup earned significant playing time, the Cowboys relied on Deonte Thompson, Allen Hurns, Terrance Williams and Tavon Austin in the passing games. A good group? No, not at all. The best receiver on the team was Cole Beasley and in today's NFL, your best wide receiver can't be the one running short routes all day long.

Before the Cowboys decided to ship a first round draft pick for Cooper, Dak Prescott averaged 202 passing yards in the first seven games. In those seven games, he threw for more than 200 yards only three times. It took him four games to rack up four touchdowns. In other words, the Cowboys couldn't be a passing team.

After Cooper arrived, Prescott's average shot up to 274 yards per game. In the last six games of the season, he averaged 291. Now granted, the issue wasn't only the lack of talented starting wide receivers, but conservative play-calling from former Offensive Coordinator Scott Linehan.

The 2019 Dallas Cowboys don't have an issue at wide receiver now, though. Amari Cooper picked up right where he left off. Early in the game he established himself as a threat. His day ended with six catches, 106 yards and a touchdown. Nice day for the Cowboys' WR1. Let's say we saw it coming after his dominant play from last season. 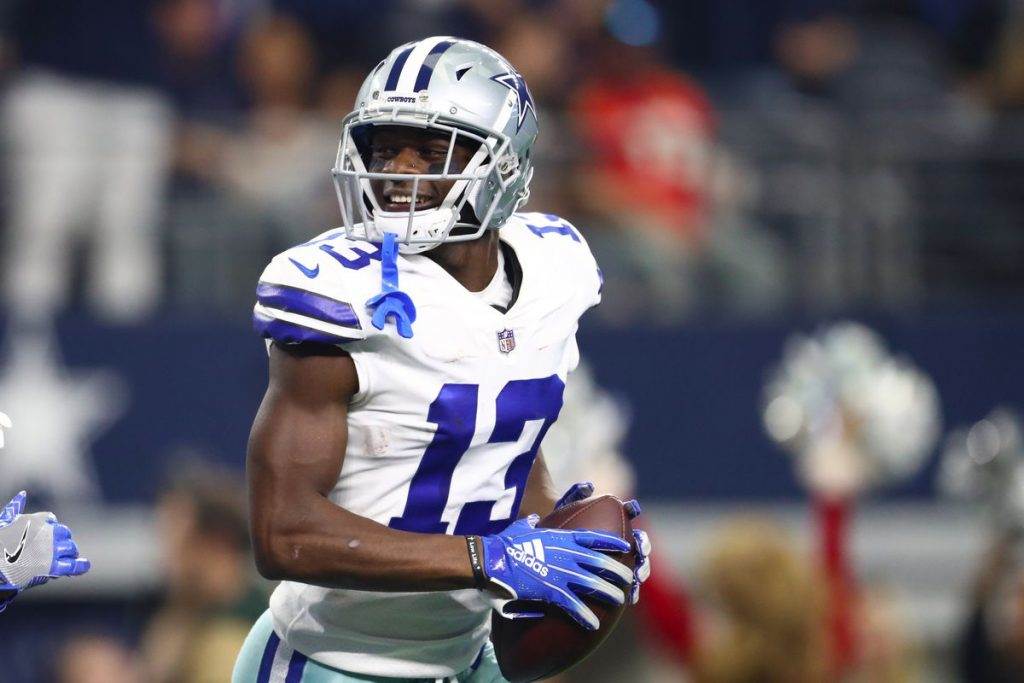 The real excitement came with Michael Gallup's performance. 158 yards in seven catches were more than enough to prove the hype surrounding the second-year receiver is real. Gallup had a very solid training camp and preseason and now that he had a chance to translate it to regular season play, he did.

A year ago, there was no WR1 in Dallas. Now, Dak Prescott has two go-to guys on his offense. It's worth mentioning there are more weapons, such as Randall Cobb, who also got a TD on Sunday.

On top of it all, there's an offensive coordinator who seems very promising one game in. Kellen Moore certainly impressed in his debut versus the New York Giants. Pre-snap motion, misdirection, play action, and a heavy dose of passing kept the Giants' defense on its heels.

The Cowboys that beat the Giants 35-10 on Sunday proved that Dallas can stop being a heavily running team. Sure, you still need to hand the ball off to Ezekiel Elliott plenty of times, don't get me wrong. He is too good not to.

But on week one, Prescott slung the ball more than 30 times. He had over 400 yards and four touchdowns. And he was dropping dimes. This can be a passing team now. If the Cowboys want to take that route, they can. I'm not saying they should try to play like they're the Los Angeles Rams but simply stick to the more aggressive approach they took on Sunday.

Simply put, this offense is exciting. We're one game into the season and change is certainly palpable. A huge reason why is the fact that Prescott, whose extension is imminent according to Jerry Jones, has two great weapons at wide receiver. I can't wait to see what Cooper and Gallup accomplish in 2019.