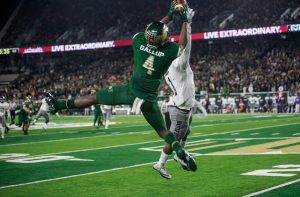 The Dallas Cowboys came into the 2018 NFL Draft with a number of needs, and they left with possible answers to most of them. Whether these needs were truly met or not won't really be answered until these rookies hit the field.

Until then, everyone will have their own opinions of the picks and how the Cowboys did overall in the draft.

Maybe you cheered when the Commissioner called out the pick, or maybe you screamed at the TV because the team passed on the player you wanted. Don't be embarrassed, you were not alone.

If we dive into all the selections, then you can gain a proper perspective of each pick, why they were chosen and if the selection was worth it.

A good fit for the Cowboys, and it fills a major need on defense, but the timing of the selection is a question mark.

Leighton Vander Esch looks like he'll be a good player, and a natural fit at MIKE. However, I and some other analysts had him locked in as a second round player, bringing in the value of the pick as well as considering the other available players Dallas could have taken instead, such as receiver Calvin Ridley.

This move was necessary with the health problems of Sean Lee and the growth of Jaylon Smith but I can't help but feel that he would have still been available in the next round. It's a good player, but a questionable pick.

Undeniably the Cowboys best value pick, and possibly biggest steal. Fans of both the Longhorns and Cowboys know they go themselves a stud.

Connor Williams has been ranked among the top offensive line prospects in the draft for months now, with some even thinking he wouldn't be available to the Cowboys at pick 19. But such is the nature of the draft; you never know what will happen.

The only hole remaining on the offensive line was the left guard and it has been filled by a 6'5″, 300 lb,  Two-time All-American. Dak Prescott will stay upright, Zeke will eat and the rest of the league will soon take notice.

Wide receiver became an even bigger need after the release of Dez Bryant. What Dallas needed was a player who has sticky hands, runs good routes, and is tough after the catch.

Gallup has been a personal favorite since I first saw him play against Alabama, and then I watched his tape against Boise State and Nevada, specifically. Gallup has been a shining star on an otherwise average Colorado State team.

In just two seasons Gallup caught 176 passes, 2,690 yards and 21 touchdowns while earning 2nd-Team All-American honors. Don't be surprised if he finds a rapport with Prescott early and becomes the Cowboys new number 1 receiver.

At the start of 2017, some thought he would be a potential first round prospect, but his production dipped in his junior season. With that, you should take Dorance Armstrong Jr.'s 2017 decline, as opposed to his successful 2016 season, with a grain of salt.

As a Cowboy, his hand will stay in the dirt. It's possible we'll see the player that some had expected to see last season.

Stanford seems to have a knack for producing quality NFL tight ends such as Coby Fleener and Zach Ertz. Tight end became a serious need after the retirement of James Hanna and Cowboy legend and future Hall of Famer, Jason Witten.

With Dalton Schultz, we get a very raw receiver, but with good hands. His best attribute is his blocking. Watching him, it sometimes looks like he's really an offensive tackle who can run.

Schultz is going to come in to a depleted tight end group, but could potentially become a starter early in the season. Despite Schultz not being the receiving threat that most fans wanted the Cowboys to get, he's a good fit to a team in need of his services.

A bit of a surprise pick, the Cowboys seemed to have found their backup in Cooper Rush last season. However, the Cowboys went with who they thought was the best player available.

The quality of the player is not in question, Mike White had a good college career with the Hilltoppers. However, with so many other holes to fill, it's hard to understand creating competition for the backup quarterback spot instead of filling one of the other team needs.

Hopefully the team decides to keep Mike White on the roster or on the practice squad. As a fifth round pick, he's not guaranteed a spot and I would hate to see a wasted pick. Especially if it wasn't necessary.

After Leighton Vander Esch was drafted, there were only four linebackers locked in for a roster spot: LVE, Sean Lee, Jaylon Smith and Damien Wilson. Depth at the position became a bigger need.

While I don't expect Covington to start, he will provide solid depth and will likely have a large role on special teams, as many late round picks tend to do.

In a year or two, Covington could compete for a starting job but until then, expect to see him mostly in sub situations on defense and on special teams, exclusively.

After second round pick Connor Williams, Cedrick Wilson was the team's next best value pick. Many expected Wilson to be gone by the third round, but was found three rounds later.

He had a similar career to Michael Gallup with 139 catches, 2,640 yards and 18 touchdowns in just 2 seasons. Ironically, Wilson also plays similar to Wilson in his toughness, sticky hands and solid route running.

Possibly not this year, but by next year we could be seeing Cedrick Wilson on the opposite side of the field of Michael Gallup, improving the receiving group to a level expected of the Cowboys.

With the trade for Tavon Austin, and his reported switch to running back, the Cowboys had their 3rd down back. One who could catch passes out of the backfield and add speed to the team. With the final pick, the Cowboys picked another running back anyway; A big one.

Alabama seems to be a pipeline for NFL running backs, and most of them are big, strong, bruising players who punish defenses. In Dallas, he's a luxury pick who joins a very talented backfield, led by Ezekiel Elliott.

He may only get about 5-10 carries a game, but that might be all the team needs him to do. Imagine if you're an NFL defender and you realize you'll need to try to take down Elliott for 20-25 times a game, and then have deal with his 6'2″ 235 lbs backup for 10 more.

The Cowboys have seen a lot of coming and comings over the last few weeks. Though we're still early in the 2022 offseason, the...
Cowboys News

The Cowboys wide receiver depth chart is currently much weaker than in recent years. Two days after Dallas traded Amari Cooper to the Cleveland...

White easily would have been taken at sixth or instead of a QB a S named DeShon Elliott at fifth.

LVE / easy A. His write up is loaded with positives and few negatives, almost a can’t miss impact LB. Would not have waited for him to fall.

Williams: Reach at 2nd round. Coming off a knee injury. Would have fallen, not a certainty he will win a starting job IMO. Happy to be wrong. We still need 1 more OL prospect IMO.

Gallup – would have been justified in the 2nd with his overall write up and skills. 20-yard burst and RAC. Give me Dak to Gathers for 6 catches inside, and Gallup will roll in this offense. As likely will Hurns.

Without a dominant WR on this team, the emergence of Gathers this year will be gigantic if it happens. I think he will go to camp and win the starting TE job, and then Dak will go right to him and establish him as a weapon. Think about how nobody can cover Gronkowski – that’s the model for Gathers.

Damn, we have some angry folks. LVE is a great pick.
I predict Covington the 1st drafted player cut, hated the pick, I’d have taken a 1 tech and drafted his teammate.
I’m not a huge White fan but very good value where they took him and they were dead set on 3 QBs this year.
Conner Williams a “reach”??? I can only laugh at that comment, he fell further than most realized and will be a great LG.