How the NFL is Embracing Casino and Sportsbook Partnerships

There’s no question about it: the NFL is big business whichever way you look at it. In 2018 it generated $16 billion in revenue, half of which was returned to the 32 franchises under its jurisdiction. This means that it ranks alongside some of the most valuable businesses in America so it’s no surprise that it has had little trouble in attracting some very big names as league sponsors, or “partners” as the NFL calls them, over the years.

For the 2020/21 season, these cover virtually every category imaginable from banking partners Barclays to official beer and alcoholic drinks suppliers, Anheuser-Busch. But, alongside names like these, there has been a relatively new addition to their roster of partners and it is one that surprised many people when it was first announced in January 2019. By signing a deal said to be worth $30 million with Caesars the league broke with a long-standing tradition of steering clear of casinos and gambling. It’s true that much of the appeal of the deal for the NFL has been that Caesars is also heavily involved in all areas of the entertainment and hospitality sectors as well as in casinos. But, nevertheless, it was something few people anticipated.

It’s a relationship that works in two ways. For NFL fans it gives access to experiences such as hotel stays and tickets to entertainment events, for Caesars it means that they can offer NFL ticket packages to their customers including the Super Bowl. What it doesn’t include, however, is any connection to sportsbooks and sports betting.

The Changes that are Taking Place

The fact that the league has a casino sponsor at all may be a sign of the gradual acceptance of gambling in an increasing number of states following the surprise decision of the Supreme Court in May 2018 to legalize sports betting.

The NFL had long opposed this as it felt that it could compromise the sport in a number of ways, just as it has been suspected of doing in sports like tennis and cricket where “courtsiding” has become an issue.

But, as more and more states have either legalized sports betting or have started the process, it seems like the NFL has also decided that it is time to start relaxing its rules when it comes to individual franchises taking on sportsbook sponsors.

888sport became the official sports betting partner of the NFL in the UK and Ireland, while they also partnered up with the Super Bowl and the NFL London Games for the 2021-22 season. It continued the group's involvement in the NFL; 888sport already sponsors the New York Jets and is part of the same umbrella of 888 holdings LTD as well as the popular 888 online casino.

However, there are a number of restrictions that have been placed on the scope of the new sportsbook sponsorships with the franchises. The first of these is that there can be no actual betting carried out in stadiums, however so-called “betting lounges” will be permitted in which fans will be introduced to different ways they could be betting.

There are also strict rules about where the sponsors’ logos and other signage can be used preventing them from being displayed anywhere that cameras covering the action on the field might possibly be able to pick them up. Finally, there are to be no naming rights for stadiums as this would give too much publicity to sportsbooks.

Part of a Wider Picture

This relaxing of the rules comes in the context of a country that seems to be gradually becoming more accepting of more forms of gambling.

For example, an increasing number of states are starting to allow online gambling with access to casinos where visitors can enjoy a wide number of games ranging from blackjack to roulette. This might not be great news for the traditional gambling hotspots of Las Vegas and Atlantic City, not to mention the many tribal casinos up and down the country, but it’s certainly a very welcome development for players wanting to enjoy the thrill of the casino from the comfort of their own home. 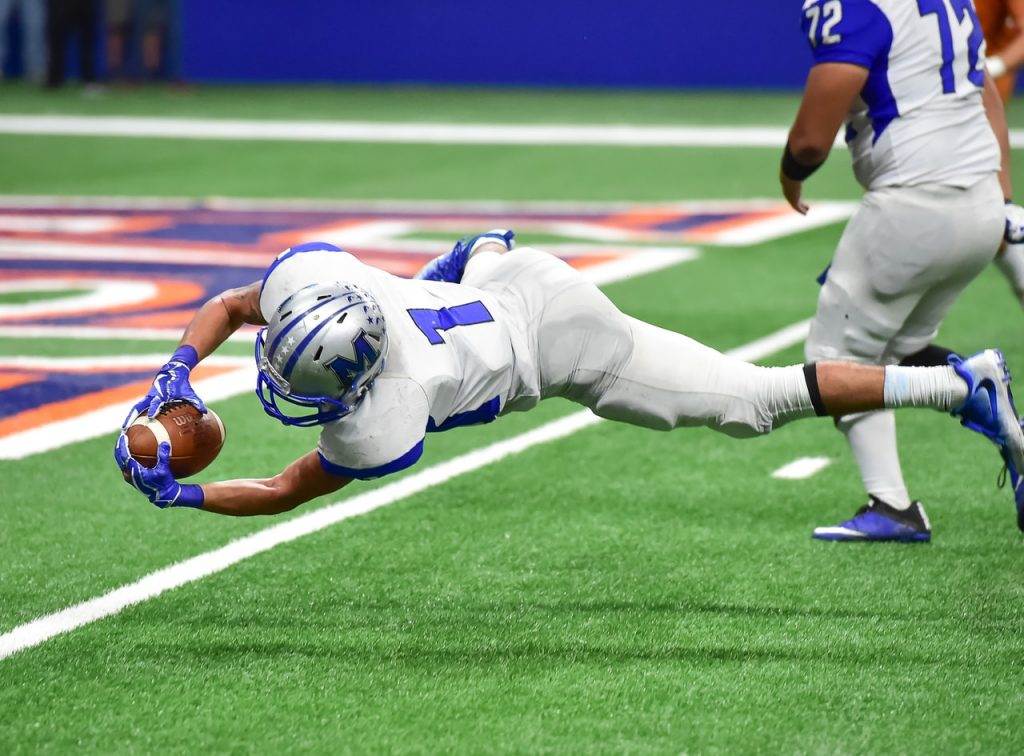 Some Early Adopters of Sportsbook Sponsorship

A number of franchises have been quick to jump on the sportsbook sponsorship bandwagon with one of the first being the Philadelphia Eagles. They have struck a deal with the Malta-based gaming giant Unibet which is set to benefit both parties. For Unibet, they are allowed to install a considerable amount of permanent branding throughout the northwestern suites at the team’s Lincoln Financial Field Stadium. They will also be able to advertise on the Eagle Nest Tower, the billboard, and electronic scoreboard that is visible to fans attending home matches but which is never shown on TV. In addition, their branding will appear on a wide range of digital platforms associated with the Eagles including the official website.

The Denver Broncos have also been quick off the mark to set up a deal with the global sportsbook operators FanDuel which will run alongside their arrangement with casino partner Betfred USA and the Saratoga Casino in Black Hawk, Colorado. Under the agreement, a sports betting lounge will be established outside the Empower Field Stadium and there will also be a number of marketing cross-promotions. Work is also underway on developing an app to allow fans over the age of 21 to place bets remotely.

However, any Dallas Cowboys fans hoping to see a similar deal struck anytime soon could be in for a disappointment. With sports betting yet to be legalized in Texas, and seemingly no plans to do so, we’ll probably see the team’s defensive problems resolved far sooner than we see a sportsbook’s branding being displayed anywhere around AT&T Stadium.

Looking to the Future

What is certain is that more and more of the 32 franchises in the NFL will be keen to sign the sorts of deals outlined above, both for the revenue and the prestige that it can bring. As to whether the NFL itself will ever have a designated sportsbook partner is harder to predict. But then, no-one anticipated the Caesars deal so it might surprise us all yet.

Star Staffhttps://InsideTheStar.com/
This is the General Staff account for Inside The Star, a blog for Dallas Cowboys news, scores, schedule, rumors, and analysis. We are the official home for @CowboysNation on Twitter. Follow us today for new content updates straight from our timeline. To learn more about our staff, please visit our Staff listing.
Previous article
ARI 38, DAL 10: Cowboys go From Bad to Worse in Andy Dalton’s 1st Start
Next article
Dallas Cowboys Good, Bad, and Ugly From Week 6 Against Arizona Cardinals