As Tyler Lockett and DK Metcalf ran wild through the Cowboys secondary on Sunday, there seemed to be a collective yell from Cowboys Nation.

Of course, I get why.

Dallas is trotting out a safety group which can be argued to be the worst in the league based on talent and name recognizability to most fans. They’ve also allowed nearly 40 points back to back weeks, the second of which was the result of multiple blown coverages which left guys wide open.

The Cowboys defense has allowed 7.3 net yards per passing attempt, 8th worst in all of football, and have contributed -38.13 total expected points. These horrid stats have occurred, of course, while they’ve only forced two takeaways – 26th in the league.

But while the personnel is certainly an issue on the backend right now, one signing isn’t going to be the quick fix Cowboys fans are looking for.

A large part of the team’s struggles can be chalked up to growing pains learning a new defense. Mike Nolan’s biggest difference over the last regime is the complexity of his defensive scheme. Dallas used to be a pretty simple Tampa-2 type defense that would cycle through basic cover one and cover two at times. The idea was to minimize big plays, keep the game close, and force the offense to drive the length of the field every single time.

Execute, as Jason Garrett would say.

Now under Nolan the Cowboys are looking to disguise coverages and force the offense into the big mistakes. Through three weeks, though, they are the ones who have made the big mistakes due to miscommunication, misunderstandings, and flat out bad play at times.

Due to Covid-19 2020 became the absolute worst possible year to change defensive schemes. They’ve gotten next to no reps all offseason and were thrown into the fire against three really good offenses to start the season. 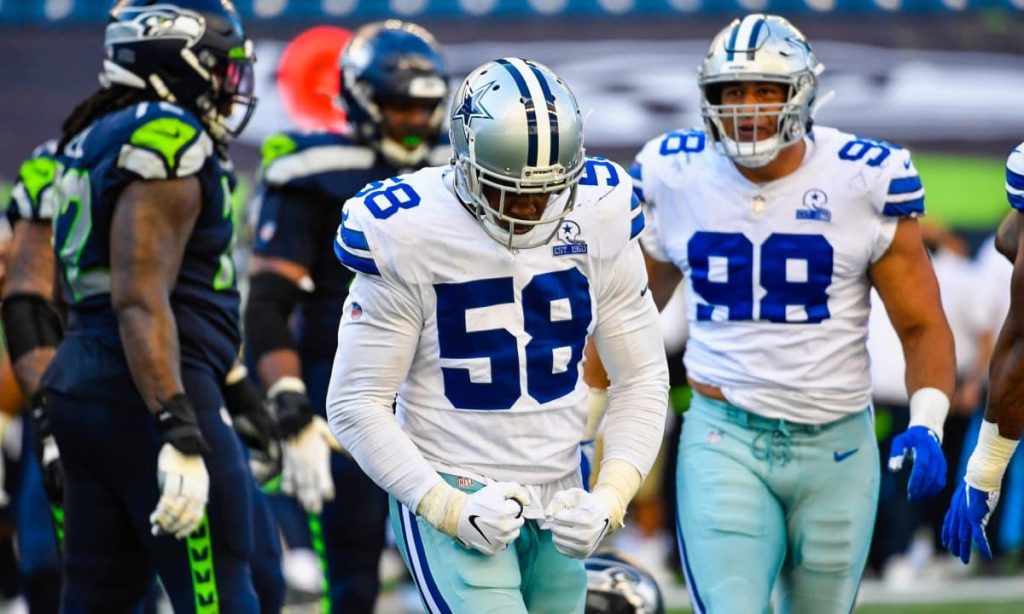 What is the fix then? Reps and time. And…better players yes. But all of that has to come with time.

The Cowboys need to lean on their offense to keep them afloat through a weak spot of their schedule the next few weeks, hopefully allowing their defense to get healthy before the final stretch of the season.

In a perfect world the Cowboys will be right in the thick of things coming out of their bye, and their defense will be feeling comfortable in this new scheme.

Does this mean they’re going to turn into the Doomsday Defense by November? Of course not. But to be honest, they have been able to make a few timely stops this season which have given their offense a chance to go win the game.

And quite honestly, that’s all we can hope for at this point.