The 2018 season was a two-part tale for the Dallas Cowboys. The first is the story of a mediocre 3-5 team that couldn’t get it going offensively. The second part is about a football team that turned its season around, made the playoffs, got a win in the postseason and ultimately lost to the team that ended up representing the NFC in Super Bowl LIII, the Los Angeles Rams.

Surely, 2018 didn’t go as planned. The storylines leading to last season are actually very different from the ones we’re hearing today. Let’s take a look at a few examples of how the tables have turned for the Dallas Cowboys.

The need for a true WR1

Last season, Dak Prescott and the Cowboys preached the philosophy of not needing a #1 wide receiver. While that could’ve sound encouraging at the time, once the season began the team was proven wrong. They did need a WR1. Fortunately, this season we won’t have to worry about it. This year, Dez Bryant shouldn’t be a discussion topic among Cowboys’ fans.

Amari Cooper is in the house. And he’s been pretty good since he started playing with a Star on his helmet. If we have conversations about the WR position, they will not be about who’s the #1 guy. With Michael Gallup showing up late in the season, it probably won’t be about who is #2 either. 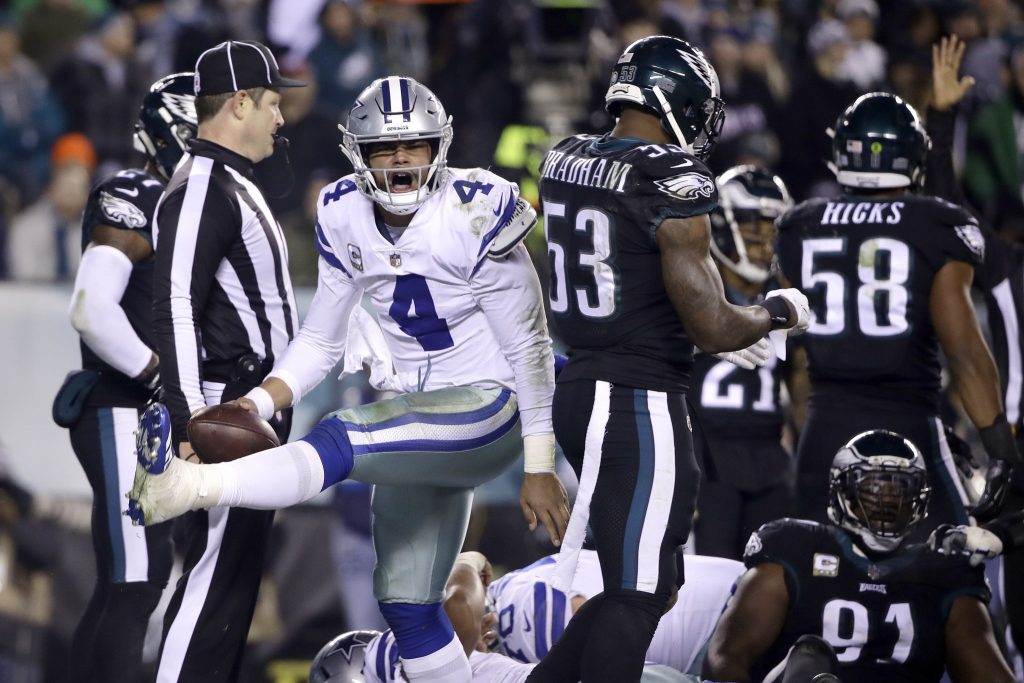 Back on top of the NFC East

Last year, the Dallas Cowboys were not really the favorites to win the NFC East. The Philadelphia Eagles had just made history by winning their first Super Bowl ever and it seemed like the Cowboys would have to get a wildcard spot to play in January. Now it’s the Cowboys back on top after sweeping the Eagles and turning their once 3-5 season around.

That of course, means a tougher schedule next season. However, it’s nice to be back on top of the division. These two teams will surely have an intense race for the division title next season. Maybe we even see them both in the playoffs for the second consecutive year.

I’m pretty sure no one expected Sean Lee to be considered a potential cap casualty for the 2019 season. Even if he was, it would’ve probably been anticipating an injury or something like that. No one would’ve imagined that Leighton Vander Esch would be so good to take Sean Lee’s job.

The Cowboys’ first round rookie truly earned the starting role as the defense’s weak linebacker and he should keep it. With Sean Lee set to return to the field, I’m sure we didn’t expect him to be a backup by now. We’ll have to wait and see if the Cowboys decide to part ways with him. As a fan, it would certainly be painful. But we can’t deny it would be a move that makes sense.

It’s a crazy franchise on a crazy league. Who knows how things will go from now on, but the Dallas Cowboys certainly look like a promising team heading into the 2019 offseason. Here at Inside The Star, we’ll continue to update you with the latest on your favorite NFL team.

Tell me what you think about “How The Tables Have Turned for 2019 Dallas Cowboys” in the comments below, or tweet me @MauNFL and let’s talk football! If you like football and are looking for a Dallas Cowboys show in Spanish, don’t miss my weekly Facebook Live! show, Primero Cowboys!