Hunter Niswander has only served as the Dallas Cowboys punter for eight games, replacing Chris Jones midway through the 2020 season. His strong play was enough to not only become the favorite for the job next season but already has Niswander at the top of one of the Cowboys' all-time statistical records.

Niswander was signed to the practice squad in late October, with the team claiming at the time that they were just covering themselves in case Chris Jones were to miss time due to COVID-19. But less than two weeks later, Jones was placed on injured reserve for an ongoing injury issues and Niswander took over in Week 9 as Cowboys punter.

In his eight games “Hunter the Punter” averaged 47.2 yards on 26 punts. According to Pro Football Reference, this gives Niswander the highest career average for any punter in Cowboys history.

The previous high was 45.3 yards by Mat McBriar, the Cowboys longtime punter from 2003-2011 and a two-time Pro Bowler.

Chris Jones is fifth on that list himself with a 44.5 career average. But his effectiveness in recent years has waned; just 41.6 yards-per-punt in 2019 and 42.6 this year before going to IR.

Hunter Niswander went undrafted in 2018 after playing college ball for Northwestern. He had a tryout with with the Pittsburgh Steelers but did not find work there. His next gig in professional football came in the pandemic-shortened 2020 season of the XFL with the DC Defenders.

Now signed with the Cowboys through 2022 and coming off a Top-10 season among NFL punters (T-7th in avg punting yards), Niswander appears to finally have a stable football home. Dallas will likely release Chris Jones to save $2 million in salary cap space and go with the younger, cheaper option in Hunter.

Sure, it will take sustained performance if Hunter Niswander wants to be remembered the way Mat McBriar is by Cowboys fans. But the stats show that he's off to a record-breaking start.

Sign him at first opportunity. Special teams signings aren’t sexy but are often times good for a couple of wins a year. We rarely won the field position battle this year or last with Jones punting. 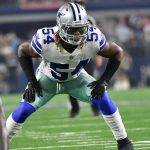 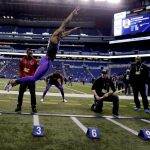