Every time Jerry Jones gets behind the podium there's a must-watch moment. When it comes to the NFL Draft, the Dallas Cowboys are one of those teams that isn't great at concealing what they want to do in the draft. Heading into the 2021 NFL Draft that remains to be true as Jerry Jones, Stephen Jones, and Mike McCarthy spoke at The Star in Frisco on Tuesday.

As the debate continues to rage over what the Cowboys should do with the 10th overall pick and most are clamoring for a defensive player to be the selection, the Cowboys understand that the opportunity to take an elite player for the offensive side of the ball can't be ignored.

Jerry Jones when asked about wanting to improve the defense but the possibility of an elite offensive player being there at Pick 10: “Don’t be stupid over your needs. … What is exciting about the 10th pick is you got a chance to do something unconventional.”

While most of the tea leaves leading into the draft are pointing to Patrick Surtain or Jaycee Horn as the selection with the 10th overall pick, Jerry Jones recognizes that they may have to go off-script if a player like Kyle Pitts, Jaylen Waddle, or Rashawn Slater falls to them at 10. Jerry said, “Don't be stupid over your needs.”

Yes, the Cowboys have needs at every level of the defense. Yes, the offense would have been a top 10 offense in 2020 if Dak Prescott stayed healthy. Yes, they've got one of the best pass-catching trios in the NFL in Amari Cooper, Michael Gallup, and CeeDee Lamb. Yes, they have encouraging tight end prospects in Blake Jarwin and Dalton Schultz. All of those things are true. And at the same time, this draft is littered with elite offensive talent at the top of the draft.

Not a good year for the Atlanta Falcons to be picking fourth.

Patrick Surtain and Jaycee Horn are great prospects. If the Cowboys opted to pass on Kyle Pitts or Jaylen Waddle for one of the cornerbacks, then they'll still come away with a really good player and Cowboys Nation should be satisfied. The tough part of that is then the New York Giants and Philadelphia Eagles come in right behind them to draft one of those outstanding playmakers. You can't allow what your division rivals do to dictate your draft, but it would be troubling to see either guy in the division twice a year.

Easy to ness this up.
Trade down to get future picks and then wind up taking a guy who turns out to be a Taco.

Trust me….. he’ll screw this up. When it counts the most is when he really does the wrong things. 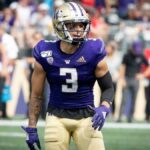 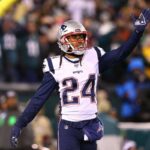