Dak Prescott will be leading the Dallas Cowboys offense for the fourth consecutive year in what has been a very unlikely career. In three seasons, he’s led the Cowboys to two NFC East titles and one playoff win. He’s done so with quality offenses, starting by a strong offensive line and an elite running back in Ezekiel Elliott. During his career in Dallas he’s had some solid receivers, but he hasn’t played with a group as strong as the one he’ll have in the upcoming 2019 season.

This year’s starters will be headlined by Amari Cooper, Michael Gallup and Randall Cobb. Although there’s many other intriguing players to watch at the position, those three are the presumed starting three.

Despite the big debate among fans and analysts, Prescott has been able to win games for this football team. Perhaps his worst came at the beginning of last season, when the team’s plan of not having a WR1 backfired terribly. 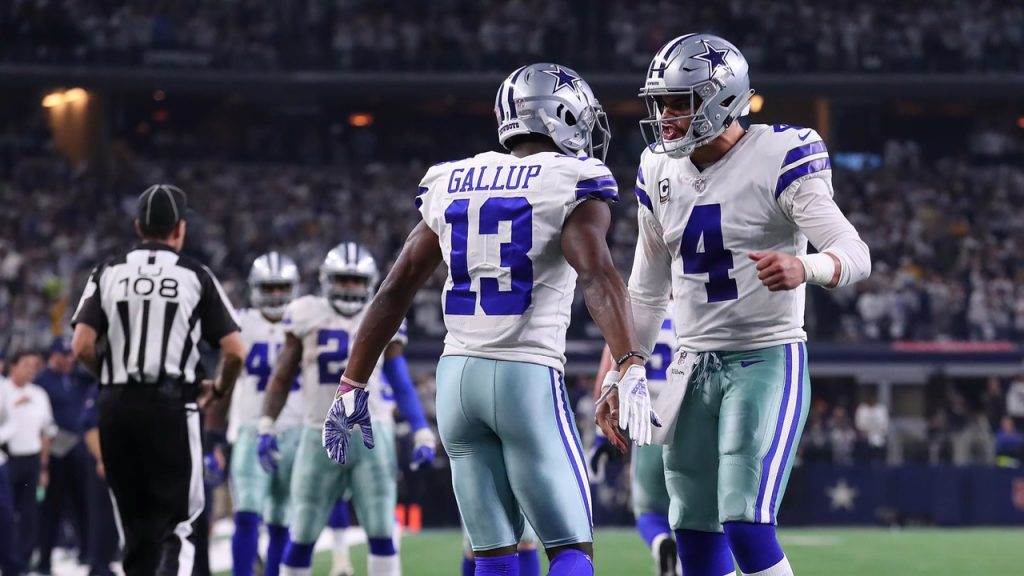 Michael Gallup is poised for a breakout season after a rookie season in which he improved every week. The Cowboys’ 2018 third-round pick didn’t get as much playing time at the beginning of the season as he fought for snaps with Allen Hurns, Tavon Austin among others. In the postseason, Gallup caught six passes for 119 yards. He still has a long way to go, but the talent is clearly there.

As for Randall Cobb, many fans have doubts. He’s coming in to replace Cole Beasley, who was such an effective slot wide receiver. Cobb’s style will likely be different, and although he might not be as good at shaking defenders off as ol’ #11, he’ll be more of a downfield threat than Beasley.

Comparing this starting group to the ones from prior years, it really seems like the best Dak Prescott has worked with. During his first couple of years in the league, Dak played with a Dez Bryant that (like it or not) wasn’t anywhere close to his peak. 2016-2017 Dez wasn’t on last year’s Amari Cooper’s level. Williams had his moments, but wasn’t consistent and was well-known as a body-catcher.

This year’s group has its question marks, that’s for sure. Randall Cobb hasn’t played a full season since 2015 due to injuries and Michael Gallup doesn’t have a ton of experience and is yet to breakout. Even still, it seems like Prescott will have a great group of pass-catchers to help him lead the Cowboys to another NFC East title. It’ll be an interesting fourth year for the young Cowboys quarterback. It’s definitely good to see he’ll have help.

Tell me what you think about “Is 2019 Wide Receiver Group Best Dak Prescott Has Worked With?” in the comments below, or tweet me @MauNFL and let’s talk football! If you like football and are looking for a Dallas Cowboys show in Spanish, don’t miss my weekly Facebook Live! show, Primero Cowboys!