What a bold question I have here. Comparing a Rookie to one of the greatest defensive players of all time. What am I thinking? Well after Micah Parsons performance last season, it’s safe to say he is a great Linebacker, but does he have what it takes to be at Aaron Donald’s level?

Before we begin, yes, I do know that Donald plays Defensive Tackle while Parsons plays Linebacker. Even with those differences, we can still compare the two in stats.

Let us first take a look at Donald’s first-year NFL stats. In 2014 Donald played a total of 16 games with 48 total tackles on the season. He also managed to chalk up 9 sacks. Good season for Donald in his first year.

Now we can look at Parsons stats for his first season. Last season Parsons played 16 games with a total of 84 tackles. He also was able to grab 13 sacks. A much better jump in the first season for Parsons than Donald.

Now given these facts we can see that Parsons had a much more successful first year than Donald did. Does this mean it can continue though?

One of the main reasons that Parsons may have gotten a better first year than Donald did is because of the position he plays.

Micah Parsons can wait for his defensive line to open a hole for him to run through. While for Donald, he must separate the line himself and then run through it to get the sack. That would make it harder for Donald to get the sack and easier for Parsons to get the sacks. This is an important detail in the stat department.

So is Parsons at Donald’s level? No, I don’t believe so. He is still learning and it’s only his second year. Now is the potential there? I do think Parsons has it in him.

Parsons will be a very valuable player throughout the years to come and I think he will only get better. Donald is at his peak at the moment and nothing is stopping him.

We will be sure to keep an eye on Micah Parsons in the upcoming season. He is a very valuable weapon for any defense and within the next few years, we will see if Parsons can live up to Aaron Donald’s skill level and experience in the game.

Okay so you’re suggesting that Parsons got the majority of his sacks blitzing from the MLB position?? How on earth did you luck into this job if that is the kind of nonsense you write about?? I’m baffled by this. Can a real Cowboys fan help me out here??? Is this dude for real??

By my count, at least 8 of parsons sacks were directly from DE or at least physically beating the block of an OL that outweighs him by 60+ lbs.

The other 5 were from LB position, besting a RB or TE.

So take it with a grain for salt, but he’s beating OL at least near AD level – the argument that AD is better because his 9 came lined up on OL doesn’t hold a ton of water.

Thank you, that’s exactly what I was asking. I watched a lot of Cowboys football last season. Way more than I usually watch and it was because of #11. And like anyone else who bothered to pay the bare minimum amount of attention, I recall the injuries and them needing him to fill in as a pass rusher. And I recall him creating all sorts of mayhem and havoc as a pass rusher. It was a sight to behold. I’m not saying he didn’t collect any sacks by the pick a hole and blitz from the MLB position method. I’m just saying I don’t remember them and I’m certain that’s not what anyone thinks of when they 1st hear Micah Parsons name and I’ve never heard anyone mention this until this very article.

This was poorly written and poorly analyzed. This would be more appropriate for grade school readers, not on this site.

Really hard to compare these two, even “stats” (especially tackles) wise, simply because LBs typically will make more tackles. Sacks are a different matter. Now last year, because of injuries, Parsons also played at DE, a position more conducive to get sacks and he got a number of them from there. If he were to play exclusively at LB, it may be difficult to get 13 sacks, as that position requires other responsibilities. Donald on the other hand plays DT where it is typically harder to get sacks.

Bottomline, Donald has been a superior player for many years, HOF bound. Parsons, after a great rookie year, has an almost unlimited potential moving forward. 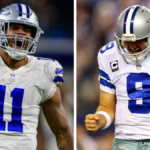 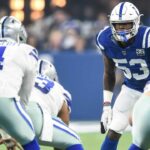