The NFL Scouting Combine is not only a critical part of the draft process for the prospects fortunate enough to perform in front of scouts, coaches, and general managers, but it is a great opportunity for the media to learn more about each team's mindset heading into free agency and the draft.

While the draft scout in me eagerly awaits meaningful post-Combine projections and analysis, it is always important to pay attention to what Jerry Jones has to say to the media at any time. The Cowboys may very well be in better hands with Will McClay and Stephen Jones in control of the roster, but Jerry did take the time to discuss the future of his football team in Indy – including his interpretation on what “Dak-friendly” truly means.

Dallas Cowboys bus parked in front of Lucas Oil Stadium where draft prospects are working out. Fan walking by yells: “Jerry Jones, come out, bro! I need that contract!” pic.twitter.com/efu6s2v5Vc

The Cowboys' offense failed to live up to any expectations this season. Overcoming Ezekiel Elliott's suspension, Tyron Smith's injuries, and inconsistent play from Dez Bryant along with the rest of the WRs simply proved too much for Dak Prescott to overcome in year two.

Arising from the disappointment of a 9-7 season in Dallas is the term “Dak-friendly” – nothing more than an equally simplistic approach to fixing this team's simple offense.

It is this simplicity under Offensive Coordinator Scott Linehan that Jerry Jones hopes to change in 2018, which could easily be the last for this core of coaches should the Cowboys struggle once again.

What does Dak-friendly mean to Jerry? An offense that makes him unpredictable.

Jones mentioned looking back at Prescott's production in a spread offense at Mississippi State to make his third-year quarterback more comfortable. Even before the Cowboys make as many as ten picks in this upcoming Draft, Cowboys Nation can run wild with options already on this roster to create more unpredictability.

Having Ezekiel Elliott on the field for 16 games should certainly open up this entire Cowboys offense, but opportunities for Zeke to catch passes from Prescott should increase. A backfield tandem that absolutely took the league by storm in 2016 will be out to prove that they're improved collectively, with Prescott and the Cowboys finding as many ways as possible to feature their star running back.

From here, the Cowboys' passing game can complement their rushing attack, finding ways to involve second-year receivers Ryan Switzer and Noah Brown even more. Both players made the most of their limited opportunities as rookies, with Switzer flashing in the same ways he did at North Carolina – a young player with a chance to be one of the most explosive slot targets in the NFL.

These concepts match what Prescott himself has said about this offseason's buzzword, naming the Panthers and Chiefs as offenses he would like to emulate. I expanded on Dak's comments about those two teams in relation to the Cowboys being “Dak-friendly” here:

“The common theme throughout these teams is the simplicity they allow their quarterbacks to play with, scheming receivers open, utilizing backs to create mismatches both on the ground and through the air, and running their mobile QBs when needed.”

Jerry Jones is many things to the Dallas Cowboys, and despite his dwindling impact on personnel decisions, it is indisputable that he is a Hall of Fame caliber businessman. Financially, the Cowboys have a window of opportunity to win their sixth Super Bowl while Prescott is still on his cheaper rookie contract.

Letting this past season slip away thanks to an inexcusable lack of execution on offense, Jones has already referred to the Cowboys' haul of draft picks as “ammunition” for a draft that Dallas will host in April.

With unleashing Dak Prescott on the NFL as their target, the Cowboys are going to use this ammo to build around their third-year quarterback even further.

Sean, very good article , regarding jerry’s assessment of the meaning of the Dak friendly offense and it’s concepts.

This off season reminds me of the 1975 and 1991, seasons , when Coach Landry implemented the Shotgun into the Cowboys playbook, to help Roger Staubach in progression of reading defenses, by taking snaps away from the center, and utilizing the talents of RB Preston Pearson ability to separate from linebackers out of the backfield, in the passing game, which later open up the running lanes for Dorsett, in 1977.

In 1991, Coach Johnson ‘s hiring of offensive coordinator NorvTurner, who implemented the time based offense schemes into the Cowboys playbook, that was geared toward the strengths of Troy Aikman, to throw place action to a spot, which opened up running lanes for Smith.

Now Coach Garrett , is having offensive coordinator Linehan, devise more of the Mississippi State offensive concepts into the Cowboys playbook, to help Dak Prescott, in the passing game, that will eventually, open up the running lanes for Elliott.

The former concepts into the Cowboys playbook, made both Staubach and Aikman from above average quarterback into a hall of fame quarterback. IMHO, I see the later, doing the same for Prescott. Just my two cents worth.

Well said all around, thank you so much for reading and commenting! There’s a lot of people that hope you’re right about this quarterback. 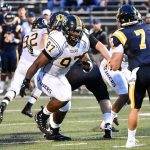 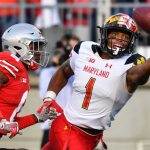