The NFL's top salesman was at it again yesterday. Jerry Jones left the door cracked open that Cowboys starting WR Michael Gallup could play in Week 1 against the Tampa Bay Buccaneers, but most aren't buying Jerry's snake oil this time.

Gallup's absence for the season opener, if not most of September, has been an expectation since his ACL surgery last February. It was assumed that Dallas would be without him for at least the first quarter of the season when they re-signed Michael to a new five-year deal in March.

Recovery has gone well enough that the Cowboys didn't leave Gallup on the Physically Unable to Perform list, carrying him on the 53-man roster with the hope that he could play sooner than Week 5. Gallup would have had to miss at least four games if he started the season on PUP or injured reserve.

Still, the idea of Michael debuting with his teammates this Sunday night seems fantastic at best.

Cowboys WR Michael Gallup (knee) is not expected to play Week 1, but Jerry Jones on @1053thefan did not officially rule him out when given the opportunity. “He can do anything you ask of him right now.”

Cowboys owner Jerry Jones on @1053thefan re: WR Michael Gallup (ACL): "I couldn't be more pleased about how he's pleased with his status and how coaches are pleased… He can do anything you ask of him right now." Being held out because of injury risk if he played at this time.

I learned 1 plus 1 equals 3 from Jerry Jones this morning on @1053thefan That’s an example of optimism. Also Jones wouldn’t rule out Michael Gallup for the opener but Gallup isn’t playing Week 1. My guess Week 3 at the earliest.

The next few days will provide far truer statements about Gallup's availability than anything Jones was trying to sell to the media. The first official injury reports come out with Wednesday's practice and we'll see what designations Michael is given from now until Friday.

Granted, we've been surprised before by how quickly a player progressed in rehab. Every year we see guys getting back on the field faster from various injuries, defying longstanding timetables and projections thanks to ever-evolving sports medicine.

Still, Michael Gallup has yet to practice at all this offseason. He still has to make that transition from working with the trainers to the coaches, something that isn't expected at all this week.

Jerry's going to Jerry, of course. He's got Tom Brady and some other guys coming to town for a primetime, nationally-televised showcase event at his palace in Arlington. It's the season opener, the air is thick with excitement, and nobody gets carried away quite like Jones.

No, Michael Gallup isn't playing this Sunday night. But the fact it's even being said with a wink by Jerry Jones is at least a great sign for his returning sooner than later.

One plus one equals at least four and Gallup is playing. 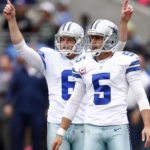 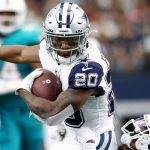