During the Dallas Cowboys Blue-White scrimmage on August 30, starting Free Safety Xavier Woods suffered a groin injury and didn't return. While it wasn't deemed to be too serious, it still called into question his status for the Cowboys season opener vs the Los Angeles Rams.

However, Cowboys fans got some very encouraging news on Tuesday morning. Team Owner Jerry Jones joined 105.3 The Fan and said he expects Woods to play on Sunday.

“Everything's on go,” Jones said. “It would really be a surprise if he didn't get out there Sunday night. I think he got a good checkup yesterday and he should be moving around out there this week in a good way.”

Woods is entering a contract year which makes the 2020 season the most important of his career. If his play continues the way it has been then this season will be the best he's had yet. After 42 and 56 tackles in his first two seasons, he catapulted to 77 tackles last season which also included two interceptions, two forced fumbles, a fumble recovery, and five passes defended. Also, he's been very durable since entering the league playing in 45 of a possible 48 games with 33 starts (29 the last two seasons).

The Cowboys seemingly had their starter opposite Woods when they signed Ha Ha Clinton-Dix during free agency, but unfortunately, he didn't perform well in training camp and was released last week. Darian Thompson, who resigned with the team in March, is set to take over that role after a strong camp. However, seeing as he's only started four games for the Cowboys in two years (all in 2019) Wood's experience will certainly be paramount to kickoff the season.

This news is just what the doctor ordered for a Cowboys defense that's looking to bounce back after struggling in 2019.

Since when does the GM make a call as to whether a player is game ready? When McCarthy was asked about Woods he was noncommittal. The nature of McCarthy seems to be “don’t tip ur hand ” which makes perfect sense in this crazy NFL season. “Don’t tip your hand ” is not in JJ vernacular. He never met a sound bite he didn’t love, often times at the expense of the team. He seems to have gotten better at this….but that carnival barker side of him just can’t help himself sometimes. 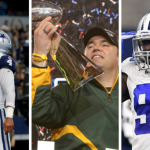 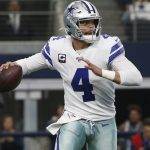