After being thoroughly embarrassed by the New York Jets last Sunday, Kris Richard addressed the media on behalf of the Dallas Cowboys defense and said something pretty interesting in my opinion.

“We have yet to put together for a whole entire game, our style, for who we are,” said the Cowboys defensive backs coach/passing game coordinator. “From what we know to be true. For what we believe to be true. When we do it, the proof is there. There isn’t enough consistency there with it yet. So we’re still a work in progress.”

“A work in progress.” The fact that Kris Richard said that at this point in the season bothers me on so many different levels. This was one of the better defensive units just a season ago and not much has changed since then. The personnel is nearly identical and so is the scheme. So what's the problem!? Why is the defense still “a work in progress”?

The simple answer is they are severely underperforming through the first six weeks of the 2019 season. The surprising thing though is there's no easy way to pinpoint the problem. In Week 6 it was the secondary getting shredded by QB Sam Darnold, who threw for 338 yards and two touchdowns. The week before, in Week 5, it was RB Aaron Jones gashing them for nearly 200 total yards and four TDs.

I don't know about you, but for a defense that has as much talent as a Dallas Cowboys do on their roster the way they've performed this season, especially the last couple of weeks, is completely unacceptable. I mean think about it… It's hard to name one single player playing up to their talent.

Right now, Defensive End Robert Quinn might be the only bright spot on the entire Dallas Cowboys defense. He was the only one to apply any kind of pressure on Sam Darnold Sunday. He ended up adding another two QB sacks, increasing his season total to five. That's really about the only positive to speak of in regards to the Cowboys defense.

As far as Dallas' secondary concerned, I don't know what to make of them. Byron Jones was one of the best CBs in the league last year, but despite playing well at times he's also giving up far too many big plays. On the opposite side Chidobe Awuzie is giving up at least one pass interference penalty a game, which is one too many. And to add insult to injury (pun intended) Jones and Anthony Brown might not be able to play next week against the Eagles after getting injured last Sunday.

As disappointing as the secondary has played, the defensive line is playing just as poorly. This was a defensive unit that was one of the best at stopping the run last year, but can't seem to do so with any consistency this year. They're also not applying pressure to opposing QBs like they should be. This was a unit that was supposedly upgraded during the offseason.

That brings us to the Dallas Cowboys talented group of linebackers. Jaylon Smith and Leighton Vander Esch were both considered to be top 10 LBs in the league based on their play in 2018However, they haven't played up to that billing thus far this season. I don't know what's going on with this dynamic duo, but to say they need to play better is an understatement.

Anyway you slice it the Dallas Cowboys defense has underperformed this season, especially these last few weeks. I don't know exactly what kind of changes need to be made, but I think we can all agree something needs to be tweaked/changed.

If what Kris says is true about the Cowboys defense being a “work in progress”, we better see some of these tweaks and changes next week against the Philadelphia Eagles. Sticking with status quo is simply unacceptable, because it's obviously not working.

It’s been 2 years !!! How much longer do us fans need to see wide open receivers running downfield as our defense gets shredded and the losses pile up? Hell, I could be the DC and call that !!

Jason Garrett is still a work in progress after 9 years, so what do you expect from his assistants?? 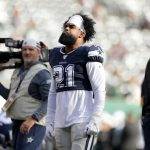 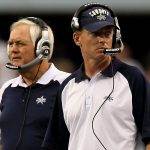