The list of injured Dallas Cowboys players getting surgery keeps getting larger. DeMarcus Lawrence and Byron Jones will welcome La’el Collins to the “surgery recovery” group chat after Collins had a procedure to repair a torn rotator cuff.  According to the report from Forth-Worth Star Telegram, Collins suffered the injury at the end of the 2018 season.

La’el Collins expects to be ready for training camp, but don’t expect much from him in the upcoming offseason program.

For Collins, this is a very meaningful season. At 25 years old, he’s heading into a contract year in 2019. So far, his career has been decent at best. He began playing at guard, where he showed some pretty impressive flashes before moving to right tackle, where he’s started since 2017.

Even before it was reported that he would have surgery, many in Cowboys Nation have wondered about his future. The truth is, since he signed as an undrafted free agent in 2015, his career hasn’t lived up to the hype. Prior to the 2015 NFL Draft, an off-the-field misunderstanding made every team pass on him. However, he was seen by many as a top prospect in the class and was a projected first round pick.

Although he improved when Marc Colombo took over as the OL coach, Collins has struggled during his time at right tackle. At this point, he hasn’t earned a long term deal. 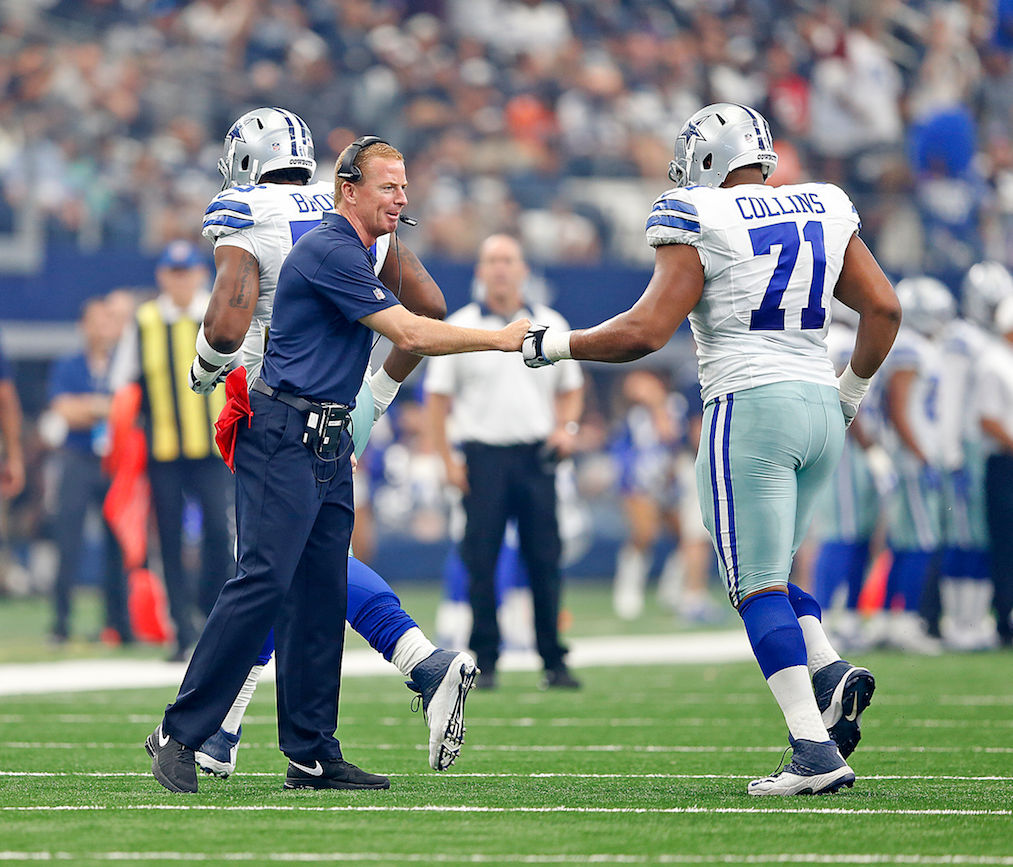 Right now, the Cowboys should see offensive tackle as a need in the NFL Draft. Not a priority one, but definitely one to watch out for in the later rounds. Tyron Smith is 28 years old, but his injury history doesn’t look promising at all. I can definitely see this team addressing the lack of depth at the position at some point in Day 3.

This whole discussion raises yet another question. Would the Cowboys trade La’el Collins? I don’t think it would happen, but it doesn’t sound like a terrible idea either. At the moment, Cameron Fleming is on the roster and he isn’t a bad starter. Now granted, he might be a downgrade from Collins. However, if you’re able to get a good draft pick in exchange, it’s worth considering. Use Fleming as a bridge player between for a younger one down the line.

Connor Williams could also move over to tackle, although I doubt they want to try experiments like this with a young player just like they did with La’el Collins. Let Williams grow as a guard and keep him there.

La’el Collins or not, the Cowboys have a need at offensive tackle and Collins’ makes it even more evident. The good news is he expects to be back by training camp and doesn’t seem like a huge question mark for week 1 as DeMarcus Lawrence and Byron Jones do.

Tell me what you think about “La’el Collins Has Surgery Ahead of Contract Year” in the comments below, or tweet me @MauNFL and let’s talk football! If you like football and are looking for a Dallas Cowboys show in Spanish, don’t miss my weekly Facebook Live! show, Primero Cowboys!