I never thought I’d see the day that fans weren’t thrilled to see their team make the playoffs, but somehow we’ve come to that from parts of Cowboys Nation. Just thought I’d take a few minutes today to remind Dallas fans of just how often our team has qualified for the postseason, and that it’s okay to enjoy it!

The Cowboys clinched the NFC East yesterday with their victory over Tampa Bay. It is only the fifth division title for Dallas since the 2000 season and the seventh playoff appearance overall.

Seven out of 19 seasons; 37% of the time that your Cowboys have made the playoffs since Michael Irvin retired.

Now, to be fair, that is consistent with the number of teams who make the playoffs every year. Only 12 of the NFL’s 32 franchises get into the tournament each season; 37.5% of teams.

But we’re the Cowboys, right? We hold ourselves to a higher standard.

There’s a reason that what Bill Belichick, Tom Brady, and the rest of the Patriots organization have done over this same time span is so special. Books have and will be written about their accomplishments because they are so hard to fathom.

The salary cap and the draft system make long-term sustained success so difficult in the modern NFL. Jerry Jones would go full Steinbrenner on the league if the rules allowed, but his hands are tied and his wallet is restricted.

Dallas isn’t any more entitled to a playoff spot each year than 31 other teams. They have the exact same resources available to accomplish that goal as everyone else. 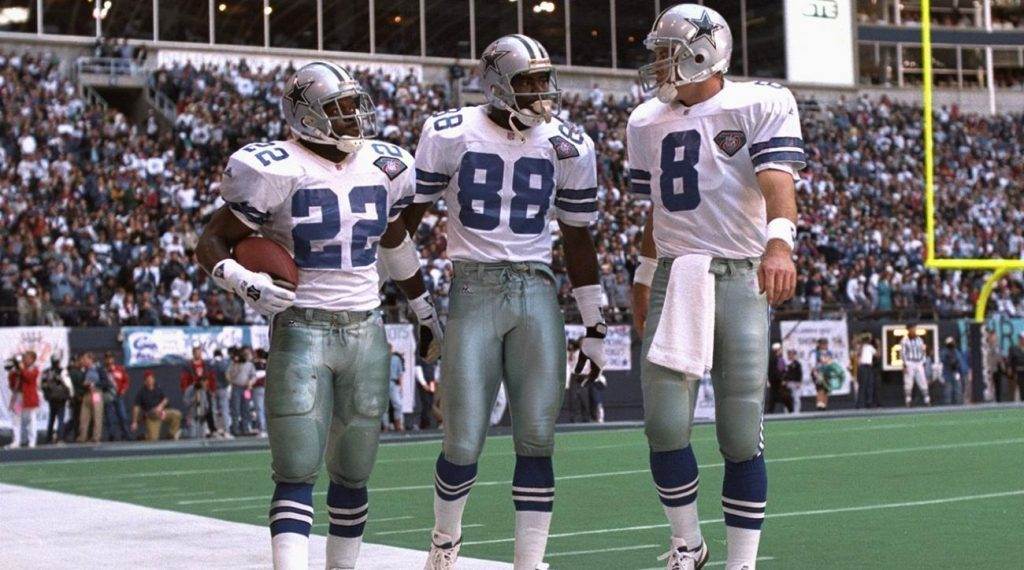 Don’t get me wrong; I understand the angst that permeates Cowboys Nation. Some of us want to see the team get back to what we grew up with, be it the Landry-Staubach glory days or the 90s Dynasty.

The bar was set. We were raised on the idea that The Star means something greater than the norm; something exceptional.

That’s two generations of fans, fathers and sons who have since become grandfathers and fathers, waiting to see their Cowboys get back to consistently standing above the pack.

Then there’s a generation of Dallas fans who never got to see Mike, Troy Aikman, and Emmitt Smith win three Super Bowls. They’ve known nothing but disappointment, and I understand your desperation to see something different.

You watched the Hall of Fame careers of Jason Witten, DeMarcus Ware, and Tony Romo get wasted by misfortune and mismanagement. You were told, year after year, that this team was good enough to win it all and it never happened.

They rarely even got close. Romo only made the playoffs four out of his nine seasons.

Then 2016 came, and this new young nucleus went 13-3 and got your hopes soaring. Something special was happening in Dallas again.

But these two seasons since haven’t lived up to the hype. 2017 was a collective kick to the crotch, and 2018 feels like Dallas has little to no momentum despite their playoff berth.

I get it. You’re afraid.

You’re afraid of another first-round letdown. You’re worried that the Seattle Seahawks are going to come to Dallas and toss us out of the playoffs like Uncle Phil did to Jazz.

But greatness doesn’t come easily in this league. Jimmy Johnson’s Cowboys went 1-15 and 7-9 in their first two years. Their third season, they made the playoffs as a wild card and lost in the second round.

It was their fourth year when Super Bowl glory finally returned to Dallas.

By that standard, Dak Prescott’s Cowboys are already ahead of the game. They’ve had two division titles and three winning seasons in just three years.

And the book is still far from closed for this year. Anything can happen in January.

Maybe it will be another early playoff exit. But remember that these aren’t the Romo-Witten Cowboys anymore. This is one of the youngest, least experienced rosters in the NFL.

Don’t let the past cloud the present. Enjoy this playoff run for what it is, no matter how long it lasts.

They don’t come around that often.