Yesterday's 23-0 shutout in Indianapolis was one of the ugliest losses the Dallas Cowboys have had during Jason Garrett's tenure as head coach. Even though it probably won't cost them a playoff spot this year, let alone the NFC East title, it still reminds us of a painful history with Garrett's teams.

It takes me back to those 8-8 seasons during  Jason's first three years as head coach, when playoff hopes were dashed time and again by that inevitable letdown loss in December.

In 2011, the Cowboys were 8-6 with two games to go. The NFC East was all bunched together, with the division title and playoffs in reach. Dallas fell flat in a 20-7 home loss to the Eagles, then got walloped 31-14 in New York.

2012; Dallas is again 8-6. They lost at home, in overtime, to a Saints team that finished the year 7-9. It robbed them of the chance to make their Week 17 finale against Washington, the eventual division winner, a meaningful game.

2013; Dallas is 7-5 after Thanksgiving. They go 1-3 to finish the year, losing to two teams who finished the year with just 8 wins each.

This loss reminded me of those years, where the team just didn't look hungry or emotionally prepared to play despite having everything to play for. For as much as we've credited Jason Garrett for his work as a motivator and leader, these blemishes can't be ignored.

To be fair, yesterday's game was a recipe for a loss. The Cowboys were riding high on their five-game win streak. They knew that all they needed was one win in their next three games to clinch the NFC East.

Meanwhile, the Colts are part of a cluster of teams vying for the last Wild Card spot in the AFC. One loss could be the difference between playing football in January or preparing for the offseason.

One team was comfortable and maybe a little complacent, and the other was desperate. Throw in home field and having a better quarterback, and Indianapolis was rightly favored to win the game.

But that 3-point spread was one thing, and Dallas losing 23-0 is another.

Other than their upset win over New Orleans, the Cowboys haven't exactly been taking on the cream of the NFL crop during this win streak. Atlanta is 5-9 and the Eagles and Redskins are both just 7-7.

This Colts game was a chance for Dallas to show its mettle against a legitimate playoff contender. They'd failed throughout the year, losing to Carolina, Seattle, Houston, and Tennessee. But that was before they got hot and got Amari Cooper going.

This game needed to be different. But instead, it was very familiar.

Once again, Jason Garrett's Cowboys couldn't seal the deal. They got outclassed by a team which, by all appearances, is equal to them in talent.

Panic mode is silly when it comes to Dallas making the playoffs. If they can't get a win over the next two weeks with the Bucs and Giants on the schedule, they don't deserve to be there anyway.

The Cowboys should still win the NFC East regardless of what happened yesterday, but now the concern is if this team is really ready for the playoffs. Because a legit playoff team just made us look like hot garbage.

In the 2014 and 2016 seasons, we've taken solace in how close those games have been. If the Dez catch had been called correctly, or if Aaron Rodgers hadn't pulled that throw to Jared Cook out of his butt, the Cowboys might have very well advanced to the NFC Championship. They were contenders, and they took those games down to the wire.

But is this Dallas team a contender, or are they going to be the champions of a weak division? Will they compete in January?

That's the scary thought that yesterday's disaster leaves me with. On average, Jason Garrett has these guys motivated to play. Even when you question the X's and O's, the team almost always seems to play hard.

But they didn't in Indianapolis. They appeared to be resting on the laurels of their win streak and seemingly inevitable division title, and that's concerning with playoff games on the horizon.

Maybe this game was exactly the kind of wake-up call that this young roster needed. This isn't 2016 again; you're not rolling into the playoffs as a 13-win juggernaut.

A good coach uses a game like this to help his team learn and grow. It's actually great for them if it eradicates any potential complacency that had set in.

But that means Jason Garrett has to overcome his history. We've been let down too many times already.

Barring a 1st round blow out and exit, JG will save his job by winning the division. Scotty L and the rest of our offensive boozos (Marc Columbo not part of that) should be gone before the team reaches the jetway flying home from our last game.

Install a run pass option scheme which fits Dak, find him a quality QB coach who has a clue not Scotty’s mini-me, find a WR coach who can help our young WR corps improve.

Well unless JJ wants to do something which would REALLY BE YUGE which would be to promote Kris Richards to HC, retain Rod and get a whole new offensive staff with Marc C. 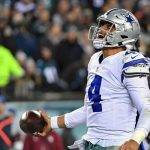 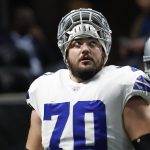