The 2018 NFL Scouting Combine is set to begin this Tuesday, February 27th. Though often dismissed by some football “purists” the combine is a very important event to confirm, re-affirm, and assess the prospects in the current draft class.

No matter what some may think, combine measurements and testing matter. And to some teams they matter a lot. The Cowboys are known for particular athletic thresholds on their roster, and there are a few players in positions of need who could find themselves in Dallas this season if the combine goes well. 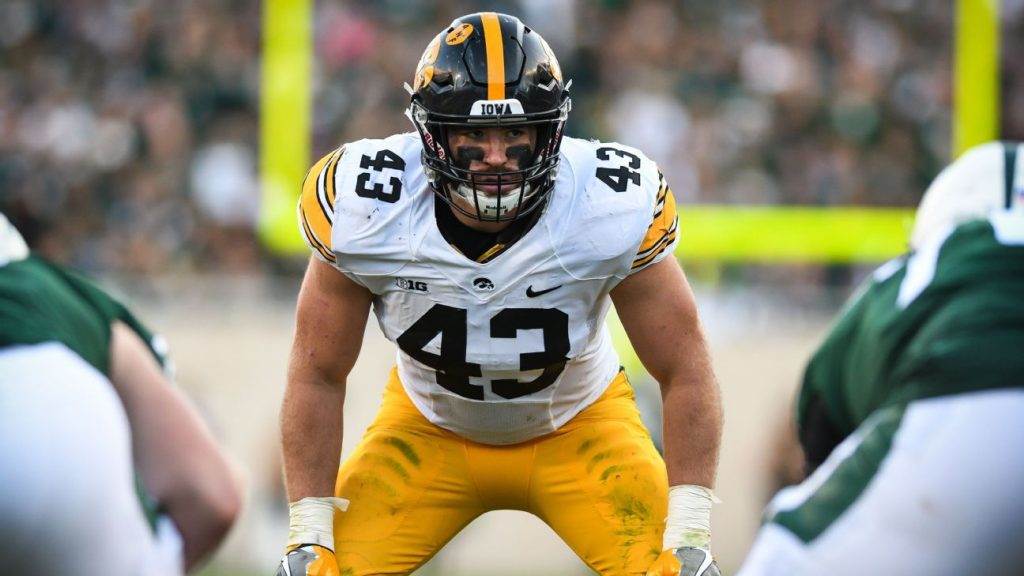 Josey Jewell is sort of a caricature of Big 10 football. He’s tough, instinctual, a sure tackler, and simply a good football player. Athletically, however, it’s fair to have questions about what Jewell can be. Jewell is excellent in zone coverage, but his athletic liabilities may hinder him when asked to cover running backs in man. He’s not too fluid of an athlete, and could fall later in the draft due to these questions.

This week’s testing will be important to where Jewell lands in the 2018 NFL Draft. I have a day two grade on him, but the difference between being drafted in the 3rd round or 2nd round could potentially be determined by how he looks at the combine.

Jewell is a realistic target for the Cowboys at 81, but he will most likely need to meet their thresholds first.

The 2018 NFL Draft class features some impressive talent at the defensive tackle position. In my preliminary viewings I’ve come across four defensive tackles I believe could be legitimate first round picks. Of that group, one tackle from the Big 10 stands above the rest. That tackle is Michigan defensive lineman Maurice Hurst.

As I’ve mentioned before, Maurice Hurst is my top 3-technique in this draft class. He earned a first round grade on my draft board and is expected to be a top 25 pick in the 2018 NFL Draft.

The main question people have about Hurst is his weight. He is clearly undersized, and reportedly played at just 270 pounds last season at Michigan. While his get-off and explosiveness are strengths in his game, Hurst could get knocked because he is lighter than your typical defensive tackle.

Will he weigh in closer to 290 than 270? Or will he remain “under-weight?” If he is closer to 290, how will his frame carry that weight? These are all questions which should be answered at the combine.

Denzel Ward and Mike Hughes are two of the top 3 cornerbacks in the entire draft class. They both have first round grades on my board, and are both top 20 players as well.

So, what’s the problem?

Both Ward and Hughes are shorter corners, leading some to question whether they can be effective on the outside in the NFL. Though I believe their coverage skills will translate well, their height and arm length will matter to NFL teams. As it should, by the way.

If Ward and Hughes don’t meet the thresholds set by some NFL teams, they could fall further than we’d expect. Regardless, I still believe both these cornerbacks are worth first round picks, and will most likely not get out of the first round.