Dak Prescott has been the number one offseason topic for all things Dallas Cowboys football this Spring. Arguments over his contract, his play, his right to hold out – they are never ending and they are nauseating.

One of the main points detractors of Prescott like to bring up is that the Cowboys performed poorly against playoff teams in 2019. Sure his numbers look good, but Prescott was a “stat padder” during blowout wins against bad teams.

Not only do the raw numbers show this isn’t true, but Pro Football Focus’ player grades dispute this point as well. PFF released their top five highest graded quarterbacks against playoff teams in 2019, with Prescott ranking fifth best in the league.

The only players above him were Deshaun Watson, Russell Wilson, Ryan Tannehill, and Patrick Mahomes. Outside of Tannehill, who became an advanced stats darling last season, these are some of the most consistently recognized top quarterbacks in the league. The exact kind of company Prescott has placed himself with year after year. 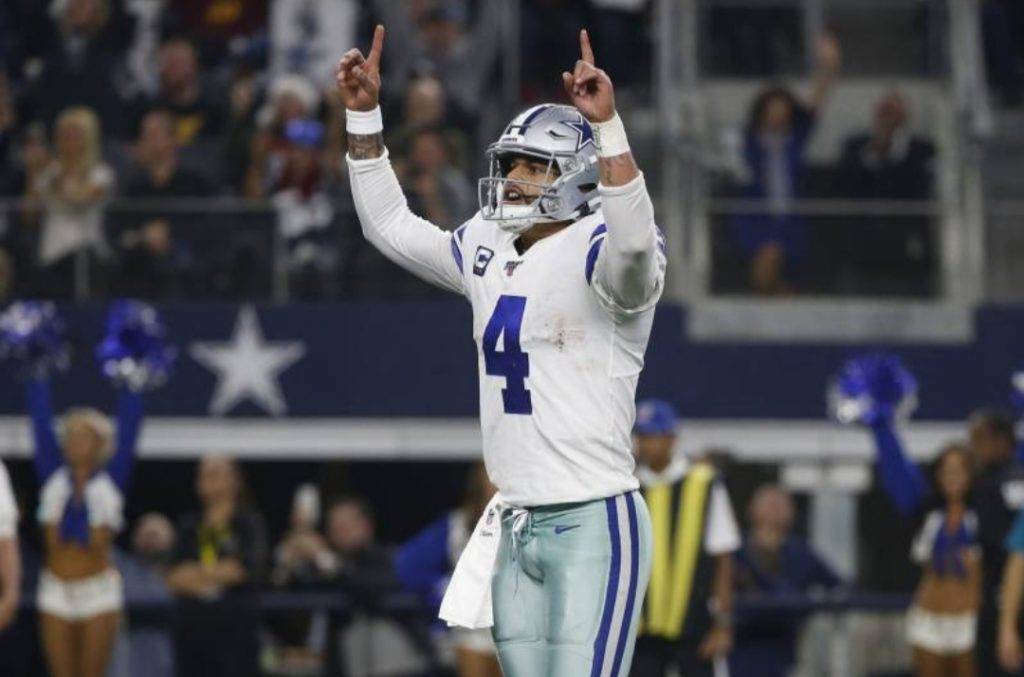 Prescott signed his exclusive franchise tag tender with the Cowboys this week, putting him on the books for $31.4 million. Prescott is still hoping for a long term contract, however, and both sides have until July 15th to work something out. Otherwise, Prescott will have to play the 2020 season under the franchise tag and we’ll have to re-do all of these awful debates for another offseason.

The final holdup on the deal remains the number of years in the contract. The two-time Pro Bowl quarterback is hoping to sign a four year deal which would give him another crack at free agency at 30 years old, whereas the organization wants to lock him down for five-plus seasons.

The Cowboys have preferred those longer deals in recent history, giving them the flexibility to “kick the can” and open up immediate salary cap room when necessary. Prescott is looking to cash out twice in his career, though, and I can’t blame him for that at all.