With the combine kicking off this week, it's a great time to get out my first mock draft of the season. Considering the Cowboys don't have a first round pick, doing a traditional first round mock really isn't valuable on this site.

Instead, here is my first official try at a 7 round mock for the Cowboys' 2019 NFL Draft. This was done using The Draft Network's mock draft simulator, meaning that the 4th round compensatory pick was not available for use. This is why there is only 1 fourth round selection in this mock draft.

With their first selection in the 2019 NFL Draft, the Cowboys attempt to improve their secondary with Florida's Chauncey Gardner-Johnson. Gardner-Johnson played all over the field as a defensive back for the Gators in college, starting as a safety in 2017 but operating more in a nickel role in 2018.

He is a versatile defensive weapon who can fill multiple roles, but can be used opposite Xavier Woods in this Cowboys' defense. Gardner-Johnson can play as a deep safety in single high, in split zone, in the slot in man coverage against tight ends/receivers, and even in the box due to his tackling ability and physicality. 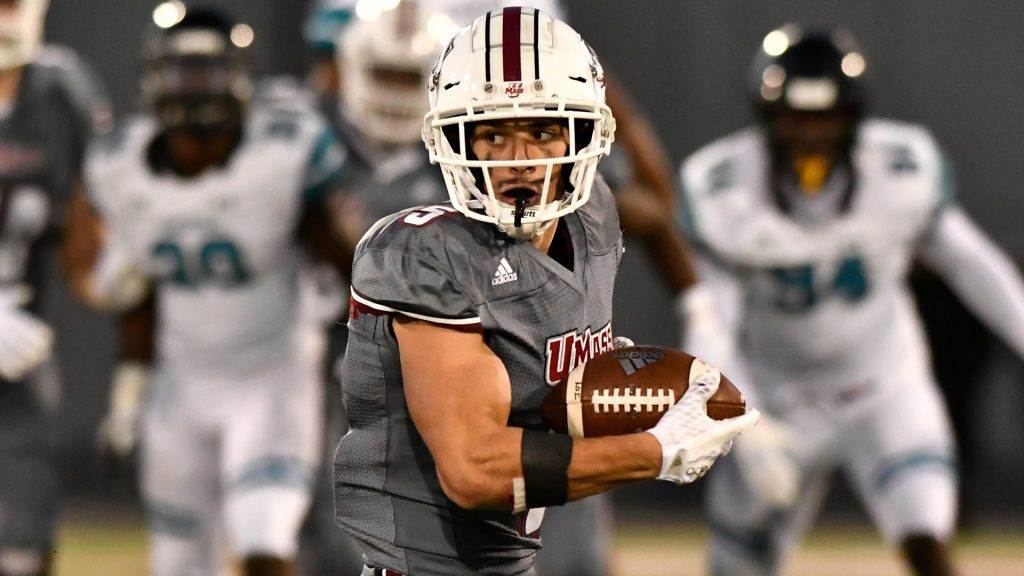 With their second selection the Cowboys fill arguably their biggest need on offense, getting a playmaking slot receiver with Andy Isabella. He likely will be available in the third round, but he would be a steal on my board if taken 90th overall.

Though undersized, Isabella wins with his quickness, fast feet, and route running ability, and will be an immediate contributor as a receiving weapon underneath and over the middle. Isabella would be the perfect heir to Cole Beasley's throne, if the Cowboys do decide to move on from the veteran wide out.

The Cowboys snag defensive tackle Daylon Mack in the fourth round here, and get themselves a run stuffing 1-technique with impressive burst and get off. Mack wins with his explosiveness, leverage, and body control through contact.

He would serve as a rotational defensive tackle from day 1, offering solid run defense and upside as an interior pass rusher.

The cowboys could use a backup to Ezekiel Elliott who can effectively in a zone blocking scheme and offer value as a pass catcher out of the backfield. In the fifth round here, they snag Stanford's Bryce Love and get exactly that.

Love was a clear leader at Stanford, and has the mental toughness a coach like Jason Garrett will love. Not to mention he can be a real weapon when running wide zone. Obviously injuries are a concern for Bryce Love, but on day three he's worth a roll of the dice.

With their final pick in the 2019 NFL Draft the Cowboys look for another offensive playmaker in Baylor's Jalen Hurd. Though he lacks experience as a receiver after his position change, Hurd is a 6'4″ 220+ target who is dangerous after the catch.

Most likely he'd be lost in the shuffle of the Cowboys' wide outs after already drafting Isabella and trading for Amari Cooper, but with his athletic profile and natural traits Hurd could be a steal late in the draft.

Kevin Bradyhttps://kevinrobertbrady.wordpress.com
Die-hard Cowboys fan from the Northeast, so you know I am here to defend the 'boys whenever necessary. Began writing for a WordPress Cowboys Blog, and have been with ITS since 2016.
Previous articleInterview with NFL Draft Prospect, Michael Dogbe
Next articleIs Defensive Back the Dallas Cowboys Biggest Hole?