With three drops in last week's victory over the New York Giants, CeeDee Lamb is facing some unusual criticism in recent days. But while the Cowboys' receiver did struggle on Sunday, is his overall season and career progress now being treated too harshly?

Of the NFL's players with 100 or more targets so far in 2021, Lamb's prior mark was on par or lower than some of the game's best receivers.

Even with the last game now factoring in, Lamb's drop percentage only goes up to 6.8% on the year. Those three drops in New York were certainly a bad at the office, but hardly representative of CeeDee's entire season.

In fact, even after Sunday, Lamb's still showing progress from his rookie season. Last year CeeDee finished with a 7.2% drop rate and should hopefully come in below that mark in 2021. He's already set new career highs in receiving yards and touchdowns and has three games left to add to those margins.

This isn't to say that Lamb doesn't deserve some negative feedback from the Giants game. We all get that when we don't perform in our jobs. Thankfully, CeeDee is fully aware of the need to improve.

With his team assured to make the playoffs and expecting at least one home game, Lamb knows he has to put last week behind him and tighten up for the tournament. But frankly, he's hardly alone in this as the entire Cowboys offense has been lackluster since their six-game win streak ended.

Nobody is denying the need for improvement, least of all Lamb, Dak Prescott, or the other players and coaches. But the point today is to make sure we're not letting recent frustration cloud our judgment of the overall product.

CeeDee Lamb can and should do better than last Sunday. We know that because he's been doing it all season long; this last game was far more of an anomaly than some are making it out to be. And as we saw above, he's hardly out of step with other top NFL receivers.

I’ve been critical of CD before but little by little he is winning me over! Every player has bad days so I’m not going to get on him too bad for the drops he had Sunday but I’m still waiting to see him start taking over games to where the defense can’t cover him! Maybe I’m just expecting too much from him but coming out of college I thought he would have been another Randy Moss ! Hopefully in the coming days I can get to where I have more confidence in him!!

It’s weird because he had extremely reliable hands in college. He’s come up with highlight reel catches all through college and a few in the pros. To have some of the clankers he’s had this season is completely out of character.

I know a few were cases where he clearly wasn’t expecting the ball that soon or where it was located (low, high, behind, etc). He still made a good effort, but just couldn’t come up with it. It’s the ones like he had in the Giants game where it should have been an easy catch, right place, right time, right in the hands that leave me scratching my head.

I’m wondering if the cold conditions had anything to do with it? If so, I hope he figures it out before they have to travel to Philly, or even worse, Green Bay in January.

Another Randy Moss?!?! Wow … not sure what was seen to ever suggest that. CeeDee has some nice skills but to presume he is truly a “special” player and freak of nature is a bit much? His best trait is his after-catch capabilities and that doesn’t put him in the Moss stratosphere, nor even the Moss universe.

Hey Ghost maybe I should have explained myself better! Remember that before he ever caught a pass in the NFL writers were putting him in the ring of honor ?? With all the hype he was getting I thought he was going to be better than what he has showed thus far!

Ceedee has had A LOT of hype coming in, and at times as CF Ed said, i see that pop, that explosiveness, but we need more consistency from him, you can’t be dropping some of these balls he’s been dropping, especially if you do want to be in that arena of truly elite #1 WRs currently out there

My take, CD is a very good WR, maybe somewhere in between top ten to top fifteen. In fact, the top three Cowboy WRs are very good. We can nit-pick here and there, but overall, a very good trio, plus good depth, to have for DP. 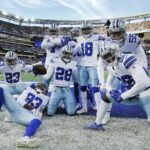 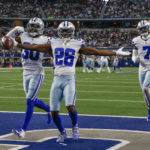