The Dallas Cowboys just got a bit of good news today in the midst of a number of injuries mounting on the roster. According to ESPN's Todd Archer, Right Tackle La'el Collins is expected to play Sunday against the Green Bay Packers.

While left tackle Tyron Smith is not expected to play Sunday, the Cowboys will have right tackle La’el Collins in the lineup, according to a source. Collins didn’t practice Thursday but is expected to get in some work Friday. The Cowboys will also… https://t.co/G2SN9flikD

He's been dealing with a back issue that has kept him out of practice the last two days. Collins has been one of the best right tackles in the NFL so far in 2019 after signing a five-year 50 million dollar extension with 35 million in guarantees last month. If Collins couldn't go the Cowboys were looking to slide Left Guard Connor Williams to right tackle considering he played left tackle in college at Texas for three years.

This news couldn't have come at a better time considering the Cowboys will be without All-Pro Left Tackle Tyron Smith who is dealing with a high ankle sprain. The Packers run defense has been one of the worst in football in the first month of the season. With Collins now back in the lineup, the Cowboys can establish the run game a lot easier with All-Pro Ezekiel Elliott.

Great job by cowboys locking him up with a team friendly deal when they did. U never heard about him much, but those in the know are aware of his talent level and deserved ranking as one of the top tackles in the league. 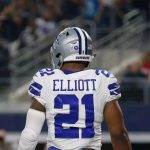 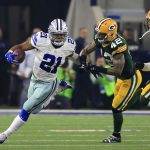