As the league looks for ways to adjust and preserve a full regular season, ESPN's Adam Schefter is reporting that the league is considering reduced training camp rosters this year.

Rather than beginning camp with 90 players, teams would instead start off with 75-80 players due to concerns over the coronavirus.

The idea is, the less people you let into camp the lower the chance of a team-wide infection spreading during it.

Schefter is also reporting that the league is considering expanding their practice squad rosters to 16-20 players during the pandemic, to allow teams a “deeper stash” of players to choose from if any one on their active roster were to get sick.

Of course, this news comes after we already learned the league is cutting the first and fourth preseason games off the schedule this year. The Cowboys, in particular, will be losing three preseason games due to the cancellation of the Hall of Fame Game.

Reducing preseason games already made it difficult enough for those end of the roster guys to prove they belong, but it seems that many of them won't even be on the camp roster to make any type of impression.

Quite honestly, the more news and adjustments which come out, the closer it seems we are to some kind of delay to the 2020 NFL regular season. It's promising that they are trying to get creative, but there just may be too many hurdles to get over for a season to be played.

Since the reduction in padded practices after the last collective bargaining agreement, camp has become more an anachronism and tradition rather than an actually useful activity.
The purpose of bringing in ‘camp bodies’ so camp has extra people s circular logic. Letting the 94th player go against the 91st player so the first and second string guys can rest is not actually productive.
Look for this reduction in camp to be ongoing. Preseason games 2 and 4 have been unneeded and called unnecessary for years. I, personally, enjoyed the games but they had little to do with getting ready for the real season. 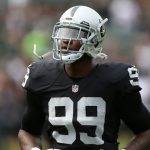 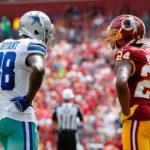