Now that the season is over for the Cowboys, and they’ve found their Head Coach, they can turn their attention to the offseason. Now is the time teams evaluate personnel and players and get ready to re-up for the next season with new and better players.

Free agency will take the first priority so that teams can try to keep their premier free agents and even sign other noteworthy players to make their team better. After the dust settles, the 2020 NFL Draft is the main stage.

The draft offers hope and frustration for every one invested. There will be picks fans and analysts love, some that make them scratch their heads and some that will make absolutely no sense. Some players will fall farther down than they were expected and some will get picked way earlier than expected, and there's no reason to think this year will be any different.

However, we won’t know which of the Cowboys' needs is biggest until we know which players leave and who they bring in, but this would be a good step in the right direction. 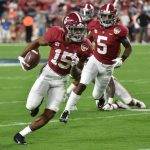 The most glaring, immediate needs are on defense and safety is by far the biggest. With Grant Delpit likely taken by this point, the Cowboys shift their attention to another playmaking safety.

Not only does Xavier McKinney have the ability to make plays in the air (five career interceptions and 15 passes broken up) but on the ground as well (six career sacks and 13 tackles for loss).

The Cowboys need this kind of nasty playmaker in their secondary. Someone who hits like Roy Williams and creates turnovers like Darren Woodson. 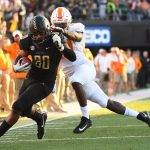 There might be no better all-around tight end than Jared Pinkney in terms of both blocking and receiving. He’s not as athletic as some of the other tight ends in this draft but he’s got very reliable hands and is a better inline blocker than many of the others in this draft.

Tight end has been a major need for a few years now. Jason Witten is nowhere near the player he once was, Blake Jarwin is a great athlete but a sub-par blocker and Dalton Schultz is a great blocker but lacks the ideal ability as a receiver.

Jared Pinkney would allow the Cowboys to have not only a strong, reliable receiver for the offense but a solid blocker for the run game as well. 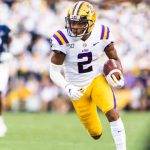 The 2020 Draft is going to feature one of the best classes of wide receivers since 2014. The great news for teams (but bad news for the prospects) is that many of these great players are going to fall well below where they should get drafted just because it’s such a deep position class.

Justin Jefferson has really made a name for himself as another great LSU receiver ready to enter the league. Most of the attention was given to his teammate and Biletnikoff Award winner, Ja’Marr Chase, but Jefferson has had a great career of his own with 156 catches, 2,309 yards and 24 touchdowns (18 this season).

One of Jefferson’s best traits is his versatility. At 6’3 200 pounds, he can play both in the slot and outside as well. He’s not as fast as some of the other receivers but has great game speed and has a great catch radius that would really add another threat to the passing game.

If it weren’t for an ankle injury, there’s no way Bryce Hall would fall this far. He was an All-American last season and had an impressive five interceptions, 38 passes defended and 9.5 tackles for loss in his career.

It’s because of that injury that he’ll likely fall down in the draft and be an absolute steal for a team like the Dallas Cowboys.

With all the questions around not only the present cornerbacks but the future as well, some secondary insurance would help.

Having a player like Hall in this secondary gives them both security and a player who they can play all around the backfield. 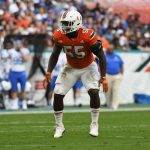 The Cowboys' strength of their defense is the linebacker group: Leighton Vander Esch, Jaylon Smith, and Sean Lee. Despite Vander Esch’s injury, Sean Lee’s age and Jaylon Smith's spotty play, they have arguably the best group of starting linebackers in the league.

What they really need is depth. Lee is turning 34 this year and their depth was truly tested this year with the neck injury to Vander Esch.

What Shaquille Quarterman offers is a good tackler in the run game and a solid blitzer with an insane career total of 46.5 tackles for loss and 12 sacks!

His biggest weakness is in coverage. He’s spotty at best but shows the potential to be better. Working with new Defensive Coordinator Mike Nolan, who’s excellent with linebackers, would give him time to improve his game. 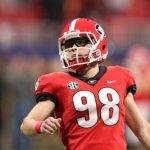 This is a low-risk, high-reward pick. In three games, Kai Forbath showed his old self making all of his field goals and extra-point attempts in his three games with the Cowboys, but that shouldn’t stop the team from making sure he’s “The Guy.”

Lou Groza Award winner Rodrigo Blankenship was arguably the best kicker in college football, making all of his 200 career extra points and has an 83% career field goal percentage with a career-long of 55 yards.

All of this for only a seventh-round pick. If Forbath is the man, then that’s all that was wasted. If Blankenship is as good in the pros as he was in college, then the team found their next Dan Bailey for a day-3 pick.

Shane Carterhttps://dawgpounddaily.com/author/scarter1/
Lifelong Cowboys fan, who doesn’t mind telling the harsh truth. I’ve got a Bachelors Degree in Electronic Media and Communications from Texas Tech University. I welcome all opinions but I will shut down any troll.
Previous article
Is The Packers’ 2019 Success An Indictment Of Mike McCarthy?
Next article
2020 NFL Draft: Early 1st-Round Favorites for the Dallas Cowboys

On draft day, the Dallas Cowboys will need to address their defensive and offensive lines. Offensively speaking, their interior needs some long-term answers, particularly...
Cowboys News

The Dallas Cowboys latest Deep Blue documentary premiered last night, and took fans behind the scenes for some of the biggest draft decisions in...

I would love that draft haul for Dallas hell if we were able to get an extra 3rd in this draft for a player I would love for us to get a KR and PR freak of nature in APB/WR Lynn Bowden the guy illegitimately Lamar Jackson without the the throwing ability. I think he’s also a better runner and faster than Lamar Jackson. Just imagine Kellen Moore having that kind of player in the his arsenal? Imagine what creative and innovative plays Moore could draw up with having Bowden on the roster? Man that offense would be fun to watch.

So… I can make the argument that the best game the Cowboys played this year was versus the Rams. In that game, I would say the player of the game was Antwon Woods …
why is this important? Upgrading our DL is imperative… especially since all of ours are either FA or have pending legal issues.
I know everyone perseverates about needing a safety … but we need IDL much more

That would be a pretty outstanding draft. Though the 2 spots (can’t get all of them) missing would be DT and OT. Will not be shocked to see Da Boys trade back to add picks and/or potentially trade a player or 2. Not sure Hall falls to the 4th but that’s a great value at that spot.

When will this organization learn: we need a big brute (pun intended but still somehow unplanned) in on the inside to stuff the interior run game.

At this point safe to say dalton Schultz a wasted draft pick?

Absolutely love these picks! Go get a kicker with your 7Th why take a JAG! We definitely need a big ugly at the 1Tech but there is free agency for that. I want the best safety we can get this year and the best Nose next year…then we are on track!

I don’t think Hot Rod is going to available on the round 7. You may need to plan for another kicker that late in the draft.

TE in 2nd round and WR in the 3rd? Cowboys would be the laughing stock of the draft if that were the outcome. Number 1 offense in the league and we draft two pass catchers? Hell no!!! Get the safety in the first, then go to the d-line. Even the reverse would work as well. Draft for need and fill the gaps.

Our linebackers are stacked and yet we can’t stop the run, or get pressure on the QB. Create turnovers and get stops, lead to more offense. Drafting more offensive talent won’t make up for defensive deficiency.