The regular season is back and so is Takeaway Tuesday. Every week, I'll be sharing with you a handful of takeaways from each Dallas Cowboys' game. As the Cowboys crushed the New York Giants in the season opener, it was hard to pick which takeaways to write down. The offense was captivating, throwing the ball more than we had imagined. Kellen Moore's debut was more than impressive and I can't wait for it to be gameday again.

Speaking of the passing game… let's dive in!

All offseason, we've been hearing about an upgraded Dak Prescott. People inside the building believed he would take an important step in his fourth year in the NFL, letting a big hype build around the Dallas Cowboys' starting quarterback.

Dak Prescott joined Lamar Jackson as the only quarterbacks in NFL history with perfect passer ratings (158.3) in a season opener (min 20 attempts). Both accomplished it today.

In the season opener, Prescott did everything to back up the hype. Sure, it was against a weak Giants' defense, but his performance was still impressive. In 32 attempts, Dak slung the ball for 405 yards and four touchdowns. Not only that, but he spread the ball around. Both Amari Cooper and Michael Gallup hauled in more than 100 yards each. Two tight ends, Jason Witten and Blake Jarwin, caught touchdown passes. Randall Cobb got in in the action with 69 yards and a TD, as well.

It was quite the performance for Prescott. 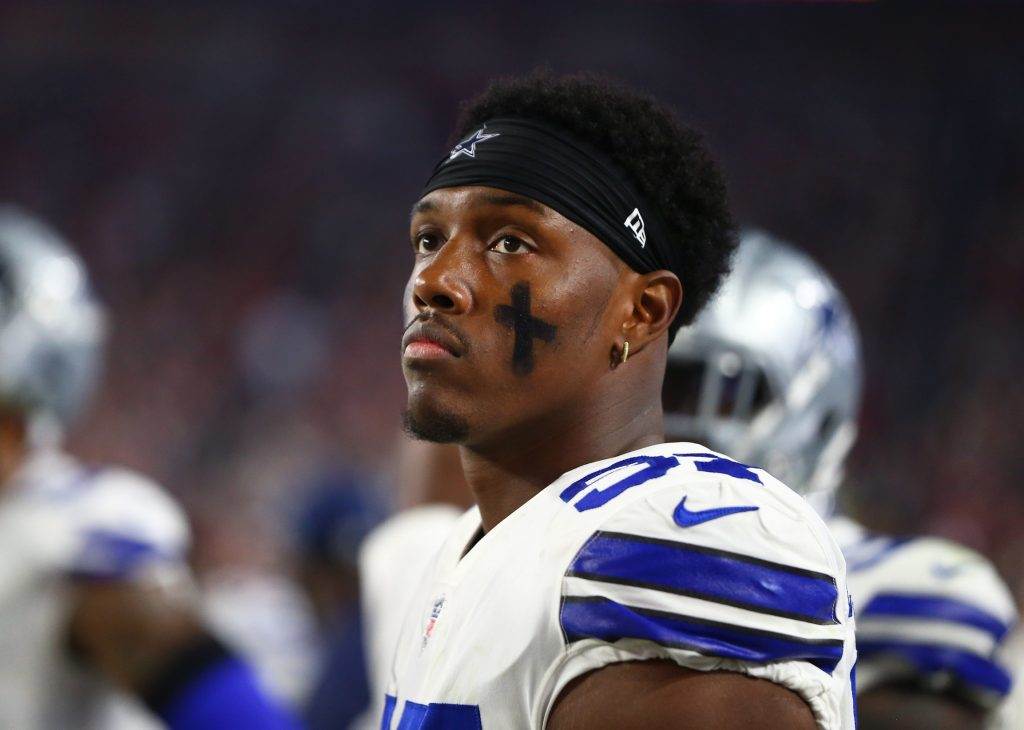 This takeaway has an indirect relation to the game. In case you didn't notice, DE Taco Charlton didn't suit up for the game. He was one of the Cowboys' seven inactive players. In his third season in the NFL, Charlton – a former first round draft pick – was not an active player for Dallas. However you want to spin it, that's simply not good. Even with a strong performance in week 3 of the preseason, Charlton's future remains uncertain.

As Mike Fisher pointed out on Twitter, we've been talking about the possibility of the Cowboys trading the defensive lineman for a while now. One week into the season, it certainly seems possible. Jason Garrett said they picked the best eight defensive linemen to play and Robert Quinn isn't back yet. Oh, well…

Blake Jarwin Will Show Up

Jason Witten got a touchdown catch in his first game since he retired prior to the 2018 season. Watching such a beloved team legend score again was an emotional moment for Cowboys Nation. However, let me talk about that other tight end who scored.

I've written a lot about Blake Jarwin and why I believe he should get playing time even with Witten being back. Jarwin had 39 receiving yards, including a 28-yard touchdown, the Cowboys' first of the season. Although Witten didn't come off the field, it was very nice to see Jarwin get snaps too. I believe he can contribute a lot to Kellen Moore's offense if they give him the chance.

Jamize Olawale Will Indeed Be a Third Down Weapon

You won't see Olawale's name on the box score, but he did catch our eye on Sunday's game when he ran a fullback wheel route that Dak Prescott couldn't connect. Yeah, a fullback going deep (we're the passing team now?). We've heard a lot about how he'll be another important piece on Kellen Moore's offense and it certainly seems that way.

Olawale was in for his fair share of snaps and most importantly, third downs. Personally, I'm not a huge fan of paying a running back $90M and not having him for the most crucial down in football, but I'm hopeful Moore will show us why in upcoming games.