The Biggest Dallas Cowboys What Ifs Since 2016

Alternate history is a fun genre. Many authors have taken deep dives into crucial points in history to speculate what would've happened if certain events had had different outcomes. There are a lot of different writings discussing this type of scenarios ranging from topics like war to pop culture and much more. But some of the most fun what ifs are in sports. Most sports fans carry intense memories from various events throughout their lifetime. They grow up around sports, after all. And it's so easy to find yourself in deep conversations with family and friends with a few “what if?” questions about sports.

In this specific article, we'll be discussing recent events for the Dallas Cowboys that make us wonder what could've been.

Note: This is meant to be a fun, light read. If you disagree with my speculations, make sure to let me know in the comments section below or tweet me @MauNFL and I'm sure we can have a fun discussion. Let's dive in! 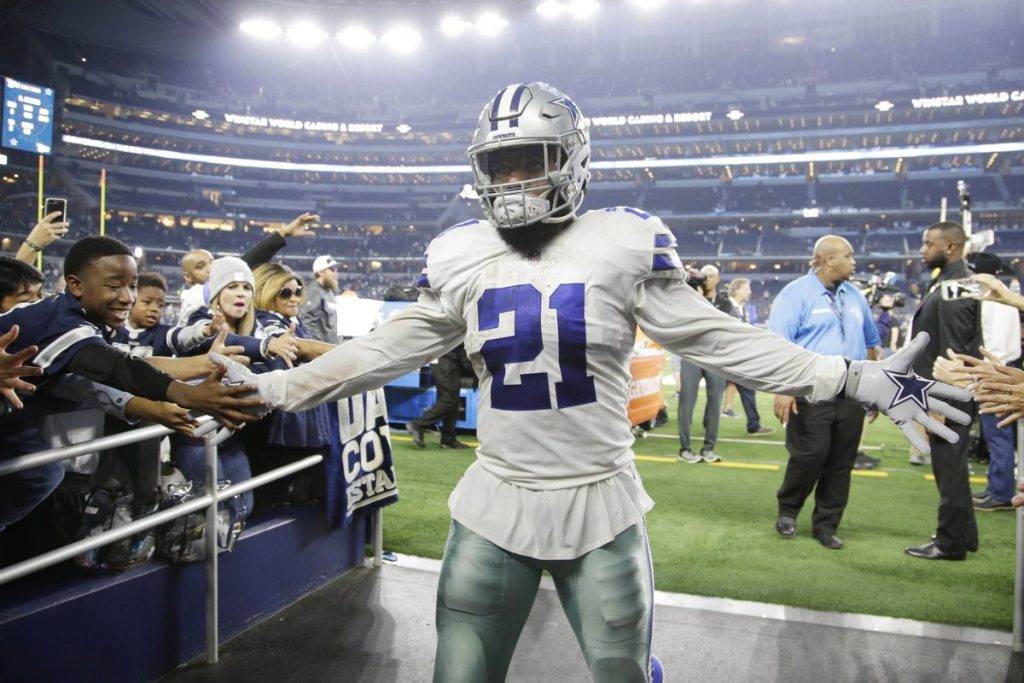 What if Ezekiel Elliott wasn't suspended in 2017?

With the recent news of Elliott not being suspended by the NFL, I couldn't help but wonder, what if we had gotten similar news in 2017? At the time, the Cowboys were 5-3 and were coming off from an outstanding 2016 in which Dak Prescott and Zeke took the league by storm. After months of fighting it, the suspension finally took place. During the six games Elliott was away, the Cowboys went 3-3 and ended up missing the postseason with a 9-7 record. It's fair to mention that Tyron Smith's absence at LT caused a huge impact at this point of the season as well.

With Elliott on the field, who is the centerpiece of the Cowboys offense, it's fair to assume that at least the team would've gotten another win. A 10-6 record might've been enough to get the Cowboys to postseason as a wildcard team. That's the number of wins that got the Atlanta Falcons to January.

If that would've been the case, right now we'd be talking about Jason Garrett's Cowboys making the postseason in three straight years (and four out of five since 2014). Would Garrett still be on a contract year? I do not believe so.

Not to mention, QB Dak Prescott would've made the playoffs in three out of his first three seasons in the NFL. While we await his imminent contract extension, I wonder if we'd be talking about way more money for the Cowboys' franchise signal-caller.

What if Mason Crosby missed that field goal?

Yikes. It hurts just to remember this game. In January 2017, the Cowboys and Packers went head to head in the NFC Divisional Round. At one point, Aaron Rodgers and company led the match 21-3. The Cowboys, in a remarkable effort to back up their #1 seed title, tied the game at 28-28 with 4:08 remaining. A couple of drives later, the game was tied at 31 apiece.

Moments later, Rodgers would make an impressive (and painful) throw to Jared Cook to set up a Mason Crosby 51-yard FG attempt. The Packers went on to the NFC Championship game, the Cowboys didn't.

Due to the two heartbreaking losses Cowboys fans have had to experience against the Packers, there's a debate among the fanbase regarding which year would've been “the year” if the team had gotten past Green Bay. 2014 or 2016?

I lean toward 2014. The 2016 Cowboys were talented but I'm not sure they would've been able to hold off the explosive Atlanta Falcons in the divisional round. Their offense was unbelievable that year and I truly think the Cowboys defense wouldn't have been able to hold them. Plus, there's a reason why no rookie QB has ever won the Super Bowl.

Even still, making the NFC Championship Game would've been better than being one-and-done after a 13-3 campaign. 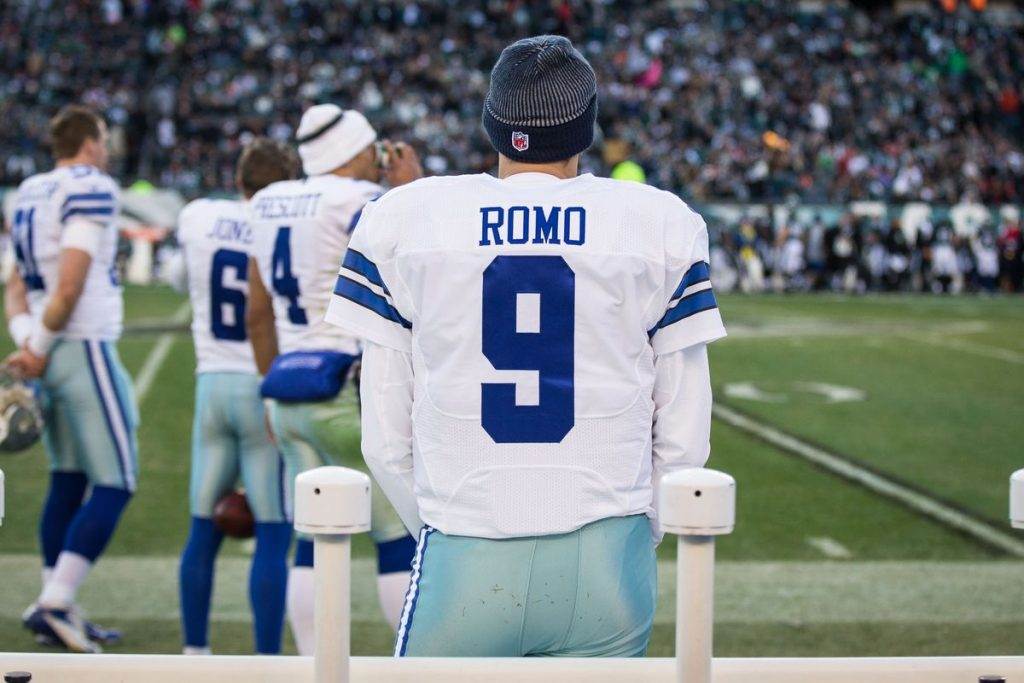 What if Tony Romo never got hurt in the 2016 preseason?

This would've truly changed things. What if Romo wasn't hurt in 2016? What if Prescott never had to come in and prove himself since day 1? Think about it, Ezekiel Elliott was drafted with the fourth overall pick to try to bring that 2014 running game back to Dallas and help Romo during his final years on the field.

It's hard to believe the team would've find a similar swagger and energy that a young combo of Dak and Zeke brought to the Cowboys, but Romo could've really taken advantage of such a complete team. I'm convinced Dallas would've still made the playoffs. But the impact would've gone beyond 2016.

Would Dak ever gotten a chance to shock the nation as he did as a rookie? Or would he still be on the sidelines? Sure, he looked great in the preseason and could've raised some eyebrows, but it likely wouldn't have been the same. Even if Romo retired afterwards, who knows what direction the front office would've taken. They probably wouldn't have turned to their (second) fourth round selection from 2016 that was the third-string QB before Kellen Moore got injured in camp. 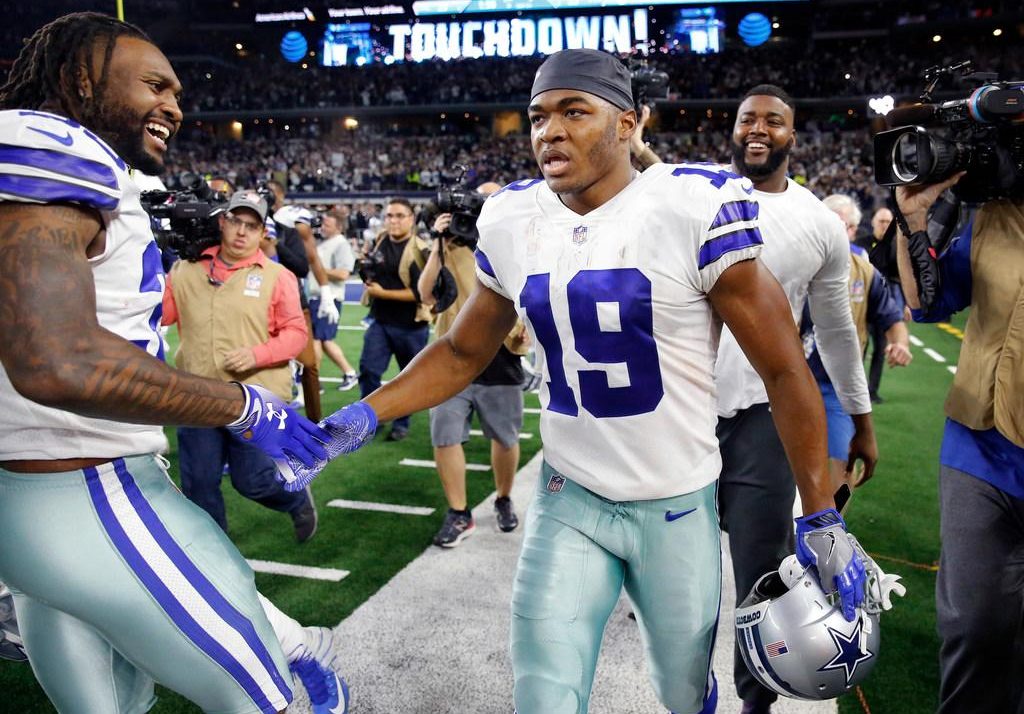 What if the Cowboys hadn’t traded for Amari Cooper?

Last season was saved by Cooper. When he got to Dallas, the offense got the spark it so desperately needed. The unit began picking drastically more first downs and finally had a legitimate threat in the passing game. Cooper's arrival resulted in an improved version of Dak Prescott and more playing time for rookie Michael Gallup.

We're talking about a trade that literally got the Cowboys to the playoffs in 2018. So what if he was still in Oakland or in any other team?

The Cowboys would've failed in reaching the postseason for the second consecutive year. Would Jason Garrett still be in Dallas? If going 10-6 and getting a playoff win versus the Seattle Seahawks didn't result in a contract extension for him, it's a strong possibility that he wouldn't be the team's HC if the team didn't turn things around last year.

Prescott would be in a tougher position to negotiate a contract extension and many more would question his skills as a QB. Specially with a potential HC change, the front office might've taken a different approach in dealing with the negotiations with Dak. After all, many times a new coach results in a new QB. Just ask the Arizona Cardinals.

What are some “what ifs” in recent Cowboys history that make you wonder what could've been? Let me know in the comments or on Twitter and let's talk football alternate history!

Mauricio Rodriguezhttps://www.facebook.com/PrimeroCowboys/
I love to write, I love football and I love the Dallas Cowboys. I've been rooting for America's team all the way from Mexico ever since I can remember. If you want to talk football, I'm in... You'll find me at @MauNFL.
Previous article
Kellen Moore has all the Ingredients for an Elite Offense
Next article
Is RB Ezekiel Elliott A Top NFL MVP Candidate?

Pigs will be flying over a frozen hell at that point