One of the harshest things for NFL players to experience is finding themselves on the cutting block for the first time due to diminishing skills. When normally they would be their usual selves and play up to their abilities, some hit the wall sooner than others and thus become expendable. Final cuts won’t be for another couple of weeks and there’s always a few surprises. For the Cowboys, it usually comes in the form of a free agent who signed only months earlier.

In recent memory, players like Nolan Carroll and Damontre Moore were added with the idea and hope that they would be a big part of the defense, but were both released that same year.

It's only preseason but there are some veterans not playing up to standards who could find themselves unemployed if they don’t turn it around. Father Time is undefeated and some of these players are losing early. Don’t put it past Jerry Jones to release a vet if it makes financial and football sense. He’s done it before and he’ll likely do it again. 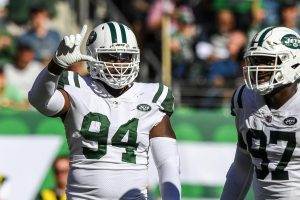 It wasn’t that long ago when Kony Ealy was a first round draft pick by the Carolina Panthers. After a great performance in Super Bowl 50, people thought that Ealy was beginning to become the player Carolina had drafted.

However, despite putting up 14 sacks in three seasons, he was subsequently traded to New England, released and signed a one year deal with the Jets, which resulted in him only getting one sack and starting only four games.

If Dallas were desperate for edge rushers then Kony Ealy would be almost a lock just based on the need. However, Dallas has what looks like its best pass rush rotation in years.

Players like DeMarcus Lawrence, Randy Gregory, Tyrone Crawford, Taco Charlton, Dorance Armstrong Jr, Charles Tapper, and the eventual return of David Irving could spell bad news for Ealy. He’s being outplayed by too many defensive ends to justify keeping him and he may find himself looking for work in another city.

This one shouldn’t be a shock to many. Chaz Green was thought to be the answer at left guard this time last year, but never got the job back from Jonathan Cooper. Even worse, when Tyron Smith was out, he was asked to fill in at right tackle and was a disaster, rightfully losing the job by halftime.

This preseason, he’s been La’el Collins’ backup at right tackle. In case you’ve missed any action, he hasn’t looked much better, and there’s nowhere else he can fill in.

The team signed Cameron Fleming to be the swing tackle, Kadeem Edwards has been a better option at guard, and even despite Zack Martin and Travis Frederick expected to miss time, expect the team to play the waiver wire to fill that final offensive lineman spot. 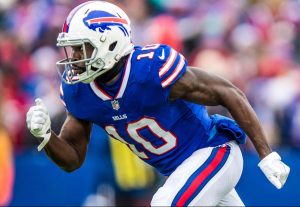 Sometimes the best ability is availability, and Deonte Thompson, for all the praise he’s getting from camp, hasn’t been available. Despite his praise from training camp, he's been slowed by an Achilles injury which has limited his ability to practice and play.

Thompson is already in a battle with several other healthy, talented receivers. We’ve already seen Dak Prescott look comfortable in throwing it to a variety of pass catchers, which leaves Thompson only a short window to show off his skills.

The good news for him is that there’re still two preseason games left and he’s finally scheduled to return.

If he wants any sort of shot at the final 53-man roster, he needs to get right in a hurry. He may have a chance to earn a 6th receiver spot, or potentially the main return man spot, but he’s limited on time. And the clock is ticking. 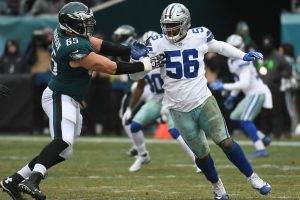 As much depth as the Cowboys have at the edge, they have almost as much quality depth inside.

Maliek Collins is scheduled to return from the PUP list, and David Irving will return after serving a four-game suspension for substance abuse. Throw in Jihad Ward, who the Cowboys traded for in this recent NFL draft, playing up to his potential; and free agent Antwaun Woods who has been a camp standout, earning first team reps.

Datone Jones, however, has not played up to his expectations. He may make the final 53-man roster, but it will be for lack of depth. When both Collins and Irving return, his spot would likely be the one snatched away. Unlike the previous players on this list, Datone Jones will make the roster because his position group isn’t as deep. Yet.

If Jones really expects to stay on the squad then it will require him to play like he should. He’ll need to produce more because his spot won’t be safe for too long. Jones was a player who may have had a lot of hype around him in training camp, but with the regular season getting closer, there’s maybe not so much for him anymore.

Shane Carterhttps://dawgpounddaily.com/author/scarter1/
Lifelong Cowboys fan, who doesn’t mind telling the harsh truth. I’ve got a Bachelors Degree in Electronic Media and Communications from Texas Tech University. I welcome all opinions but I will shut down any troll.
Previous article
Cowboys Vs. Cardinals: Does Dallas Have 2 QBs Worth Resting for Preseason?
Next article
As Cowboys Hint at Going Long at WR, Who Needs to Step Up Vs. Cardinals?

Potential FA WRs Cowboys Could Sign While Michael Gallup is out

Michael Gallup is expected to miss 2 to 4 weeks after sustaining a knee injury last Sunday against the Washington Redskins that ended up...
Read more
Cowboys News

Yesterday, the XFL held it's own version of a scouting combine with a Summer Showcase in Arlington, TX. Given the location, it shouldn't be...
Read more
Cowboys News

For the second straight week, the Dallas Cowboys will go into a game with a new look at the wide receiver position. Such a...
Read more