What to Expect From Ceedee Lamb in 2022

With the recent reports concerning WR Amari Cooper's future with the Dallas Cowboys, it is expected that WR Ceedee Lamb will be the team's number one option on the outside going into the 2022 season.

Lamb, who is entering his third NFL season after being the 17th pick in the first round of the 2020 NFL Draft, was named as a Pro Bowl replacement this past year. He finished the year with 79 catches, 1,102 receiving yards, and 6 touchdowns.

Despite the overall numbers looking really good, there were a lot of moments of inconsistency which included drops. After having eight drops his rookie year, he matched that total again in a year where you were looking for that number to decrease.

Assuming that Amari Cooper is not going to be a Cowboy in 2022 and WR Michael Gallup, who is nearing an agreement to rejoin the Cowboys, is coming off of a torn ACL it will be Lamb who will be the main focus for defenses which only puts more pressure on him to turn into a true number one option for Dallas.

The sample size is very small but in one career game without Amari Cooper, Lamb only posted one catch and 14 yards on four targets. To be fair, that game was last year against the Chiefs when Lamb suffered a concussion right before halftime and could not finish the game.

If you believe that Ceedee Lamb can put together a super impressive off-season and come into summer workouts looking like a different player, then expect a big season from Number 88, especially after having a full season playing with QB Dak Prescott.

If Lamb cannot improve on his weaknesses going into 2022, he could be in for a tough year production-wise, which could reflect negatively on the Cowboys as a whole as he is going to be a major factor on this offense. 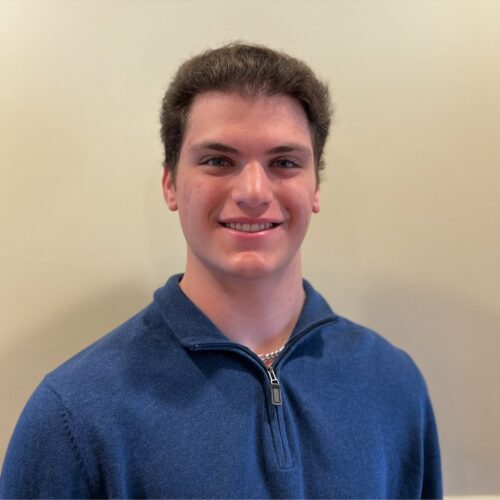 Brandon Krikorianhttps://brandongkrikorian.wixsite.com/website
I am a junior Dean's List Student at Quinnipiac University where I'm majoring in Media Studies with a minor in Sports Studies. My passion has always been sports and it has only strengthened over the years.
Previous article
DeMarcus Lawrence Refuses Pay Cut; What’s Next?
Next article
Could TE Blake Jarwin Miss the Entire 2022 Season?

Ceedee needs to improve concentration and route awareness to take the next step. He needs to get physically stronger. However, the Boys scheme is not built on a #1 receiver. If anything, the Boys true #1 receiver is the tight end . Neither Cooper nor Ceedee are Cooper Kupp or Hopkins level dominating receivers, anyway.
Put away the hype. Cooper is a slightly above average player with chronic foot issues. Ceedee is a developing player who makes mistakes on reads and drops passes. Gallop has missed more games than he has played due to knee injuries. Only hype had people calling that group a top group. End of season actual performance shows the group is not special.

If Amari Cooper is not on this team this year then you can expect Ceedee to be terrible, and if Gallup comes back and plays with us, you can expect the same thing from him too! We’ve seen how bad this team is without Cooper, that’s why we gave up a 1st round pick for him in the first place! And then we seen it again last year when Cooper was out with covid.. Our receivers can’t seem to do anything unless Cooper is on the field with them! Idc what a few of these guys on here say, Cooper is not declining, his numbers were down, but that’s only cause he wasn’t being targeted!

Agree Cf we get rid of AC then we will be where we were a few years ago struggling to move the ball on offense! I’m still waiting for CD to step up and be what everybody touted him to be!

To finish what I was saying in my first comment.. Coop is still a great receiver, Easily top 10, and is one of the best route runners in the NFL! And is most definitely still a number 1 receiver and if we let him go I guarantee we’ll go from having the number 1 offense to having a bottom 5 offense in the NFL at best.. Mark my words!
There’s a reason our offense slowed down in the 2nd half of the season.. It’s cause we stopped targeting Coop and kept throwing short passes to Schultz! I’ve seen idk how many plays where Coop was wide open deep down field and the ball gets thrown short to Sch

Schultz!! That’s why Coops numbers were down…. Not because he’s declining, it’s because they were declining to throw him the ball!!

Agree with Siempre on the assessment of Lamb. He’s better in the slot and technically is a really good #2 type WR at this point in his career. But going into his 3rd year, he could certainly elevate his game enough to get to #1 status. And while Cooper is a good WR, he is in the 10-12 range in WRs in the league. Very good at times. But doesn’t take over games, is always nursing an injury and has to take a couple of plays (or more) off, after a big hit.

The Cowboys are gonna be the same disappointers as long as Jerry’s ego controls the team.
It’s a losing culture he creates. 25 seasons is a sample size too large to ignore.