Offensive Tackle Tyron Smith has been one of the Dallas Cowboys' best players for the last decade but is now having a hard time staying on the field with injuries. With potential salary cap relief to be had by cutting Smith's contract, could Dallas be forced to make a tough business decision in the 2021 offseason with their All-Pro tackle?

Tyron is scheduled to count $14 million against the Cowboys' cap in 2021. Based on the dead money still unaccounted for in the deal, Dallas can save $5.2 million if Smith is released before June 1st and $10.5 million if he's designated as a June-1st cut.

Remember, even if they give Smith the early June-1st designation and release him before March, they won't have that $10.5 million to spend on free agents during the prime period of the NFL's open market. They would have to wait until June 1st for that cap space.

However, with Dak Prescott's contract to figure out, that extra $10 million could certainly come in handy later in the offseason.

That we'd even consider cutting Tyron Smith is only based on his missed games. From 2016-2019 he's missed three games every season, a few for veteran rest but mostly due to ongoing neck and shoulder issues.

The problem escalated substantially in 2020 when Smith missed a few games for his neck and eventually opted for season-ending surgery. He missed 14 games and was that absence was no small factor in the Cowboys' disappointing 6-10 record.

We all hope that Tyron Smith, having just turned 30 in December, can come back from this surgery and play for many more productive seasons. But given Smith's downward trend and his high cap hit, should the Cowboys put that money to use elsewhere?

Complicating matters is that Dallas' other starting OT La'el Collins missed all of 2020 after a corrective surgery for his hip. If the Cowboys were to release Smith then they'd have to be confident that Collins is going to make a full recovery. Otherwise, they could wind up right back where they were last season.

The Cowboys could find some other ways to create financial flexibility but few with the same singular impact of releasing Tyron Smith. But if Smith is ready to come back as his same old self in 2021, losing him would have a very different kind of impact.

Personally, I think the team will do everything it can to not have to cut Smith. They need both him and Collins back in 2021 for the offense to function at a championship level, and at the very least to provide some security against each other's health concerns.

I wouldn't be at all surprised if 2021 is Tyron Smith's last season with the Cowboys; the cap relief in 2022 is even greater and harder to ignore. But unless the harsh realities of Smith's health or the economics of paying Dak Prescott force their hand, the Cowboys should get at least one more year of Tyron's services.

I have said for the last 2 years we need to restock the O line. I said this because we saw a better team, once we focused on drafting linemen. Case in point, Darren McFadden wasn’t a great back, but with a better line, he ran for a 1,000 yards. I know we MUST draft a tackle this year, unless we want to see what we saw last year? I like Smith, but he is an “old” 30. Tell me when you have seen a tackle de line, then snap back to being great…..I will wait.

No arguments here. Pushing for investment in the offensive line was arguably Jason Garrett’s greatest contribution to the Cowboys.

Maybe we can trade for a LT. He’s past his prime cost too much $ for a has been LT. Hey we might have a starting LT on the team, who played LT when he opted out for season ending surgery…Brandon Knight & he was up & down but a young LT so that means he can be coached up to fix his minor issues

I think Knight is a decent fallback option. I would like to see them do better if they do let Smith go, but I think they could get by with a Knight/Collins starting duo in 2021.

Being “the best” doesn’t help us if he’s on injured reserve. That’s the issue here, not Tyron’s ability on the field.

But only an idiot would read the articles and not realize that.

As I keep reading up on draft prospects I keep liking Rashawn Slater more and more. He can play multiple offensive line positions and had a great impact blocking against Chase Young. If we draft him we can either trade Smith or cut or use Slater at NY other position. To me Slater fills a top need. For me its QB(Which we have in Dak), OT or Edge(which no player in this draft is top 10 material). Get acquainted with Slaters name fellow Cowboys fans

Picking an OL in the 1st Round will make some fans’ heads explode. But they reacted the same way about the Frederick and Martin picks in 2013 and 2014, and those were two of Dallas’ best draft moves of the last decade. It pays to invest the offensive line, and especially with the red flags we now have in Smith and La’el Collins’ health.

Keep Tyron
He still got some good tread on the tires

Does he? None of us know that for certain.

I would like to see what he has left in his tank before we just give up on Tyron Smith.

I am with you, Wayne. I’d love for him to have a shot at a comeback here and just hope that Dallas’ cap situation allows that to happen.

You don’t invest resources in what a man has done, he do it in what he can do for you in the future. If he has injuries that may reoccur especially neck then it maybe time to say good by because neck surgery weakens you and it takes awhile for your strength to return.

Very true. And those sorts of chronic issues tend to become extra problematic when a guy enters his 30s.

There comes a time and a place when your body can’t take anymore. Last year, with covid, players were never in game shape. The doctors should know by April on Tyron’s condition, if it’s a long rehab period, you gotta let him go and begin rebuilding in the 3,4,5 rounds of the draft. Love Tyron, but it may be time.

With our defensive issues I would be shocked to see OL in rd one and surprised if it happens in rd two. Most likely we take one with one of our 3rd rd picks depending on the value at that time.

I think they try to squeeze one more year out of Smith and hope that Knight can improve enuf to not be a liability. But being an UDFA he most likely doesn’t have a high ceiling. They need to find Smiths replacement in this draft.

What are the possibilities/ramifications of releasing him and resigning him to a team friendly contract with multiple incentives?

I like the idea of drafting Slater at 10 but lord our defense has too many holes. Maybe we could get a 2nd or 3rd rounder for Smith and hope we steal another player like Diggs and Gallimoe.

IMO I think that first pick NEEDS to be something on D , cuz we NEED defensive players to fix this AWFUL D , BUT with that said , we do need to look at other options like getting a tackle in 2nd or 3rd round as a kind of insurance policy if T Smith gets hurt again we got at least some decent depth there and kind of absorb the blow

Tyrone Smith at 80% is better than 85% of the nfl tackles. Hopefully he and others will restructure their contracts b/c he is very much needed. Steele and Knight received valuable experience and should serve well as back-ups. Unfortunately, the defense is so short of talent that the first 3 or 4 picks should be on DT, CB, S (in no particular order) and LB or DE. I am sick of hearing that a TE is needed. The position is covered as is WR. Gilbert is the best back-up QB other than Dalton that they have had in years.

Great thoughts! No one is invincible to injury. Time to restock the o line and fill some holes on defense.

I agree with a lot of what you’re saying Dan Cin, when healthy T Smith is still one of if not the best LTs in the NFL so no i would not cut T Smith even with the injury concerns cuz of the fact that who you gonna replace him with ? I like Rashawn Slater but not enough to take him with 10th overall pick and over CBs Farley/Surtain which is a much bigger need with the fact that other than Diggs, we have NO ONE that we know that will be there playing opposite of Diggs, and we also have other needs on D we need to address that’s important. IMO we need to address those needs on D first, then sometime in the 2nd round to later rounds we should get someone at Tackle

We all kmow that best way to build a winning team is with the Big guys. You win (or lose), games in the trenches. LET’S BUILD THOSE TRENCHES !!!

Agreed …. fix the trenches Even with all the back-ups on the OL this past season they performed better than the D-Line (especially against the run) and not just b/c of new (untaught) scheme. Gallimore may be the only keeper on the inside.

Someone needs to find out with the beef is between Smith and the medical staff. If he is good you keep him bc the production for the price makes it worth it but he has to be decent enough to play 14 games plus playoffs, maybe rest him a little here and there but yea Knight is so bad run blocking he is not the answer by end of year Steele looked better watch the tape.

I thought this was a terrific article. I’m very concerned about starting the season relying upon Tyron despite years of respect for his play. Can you tell me anything about the type of surgery he underwent and how it might allow him to regain past form or avoid recurrent injury?? Does the surgery “fix” the issues that have caused him to miss so many games.
I’m thinking about Trent Williams as a comparison but without the significant injury history. 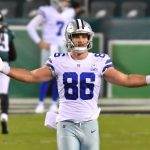 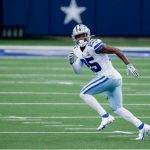