Will the Cowboys Upgrade at Safety With the 17th Pick?

With the NFL Draft right around the corner, the Dallas Cowboys will be looking to add pieces to one of the league's most talented rosters. In particular, they'll be focused on improving a defensive unit that took a step back in 2019.

The secondary has been an Achilles heel for the Cowboys in recent years. Safety has been a position the organization is still looking to lockdown permanently on both sides. Xavier Woods has the free safety spot taken care of, but with continued uncertainty at strong safety, the Cowboys could use another body to push the current starter, Jeff Heath and Donovan Wilson. Here are three safeties the Cowboys could select in the first round. 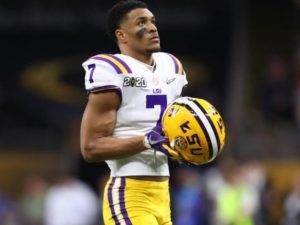 Grant Delpit out of LSU is probably the top safety prospect on the board for the 2020 NFL Draft. In 2017, he was a stud as he racked up 60 tackles, eight passes defended, 3.5 tackles for loss, and an interception. Last season, he put his name at the top of his position in the college ranks with 74 tackles, nine passes defended, 9.5 tackles for loss, five sacks, five interceptions, and a forced fumble. Delpit would be named first-team All-SEC and a Consensus All-American. This season, he was excellent once again with 65 tackles, seven passes defended, 4.5 tackles for loss, two sacks, two interceptions, a forced fumble, and a fumble recovery. In addition to being named first-team All-SEC and a Consensus All-American for the second consecutive season, Delpit also won the Jim Thorpe Award as the nation’s top defensive back. The 6'3 200 pounders would be a potential steal in the first round. 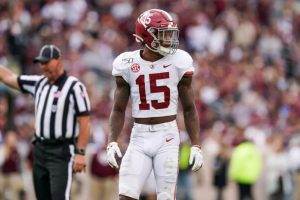 Xavier McKinney is a 6'1 200-pound safety with unbelievable upside out of Alabama. He only appeared in four games as a freshman in 2017 and logged just six tackles. In 2018, however, he showed flashes of excellence with 74 tackles, 10 passes defended, three sacks, two interceptions, two forced fumbles, and a touchdown. This past season, McKinney was one of the best safeties in the country as he registered 95 tackles, five passes defended, three sacks, three interceptions, four forced fumbles, a fumble recovery, and a touchdown. This would get McKinney named first-team All-SEC.

Pros: Very diverse athlete who was implemented in a variety of ways. He's got some Minkah Fitzpatrick in his game, can be implemented in man to man coverage, as a deep safety, a Blitzer off of the edge or as a sub-package linebacker with effectiveness thanks to his length, tackling prowess and overall athletic ability. Very heady in coverage, particularly in the middle of the field — shows great anticipation to feel route combinations. Has the functional strength and athletic ability to clamp TEs in man to man.

Cons: Fairly well-rounded prospect — he may not have elite burst or elite range on the back end to play single high and be a game-changer in Cover-1 but he's instinctual enough to play in any combination of coverage on the back end and still be an impact defender. Came in high on a handful of open field tackle challenges — I'm reaching to find sizable critiques after watching Texas A&M, Ole Miss, Georgia, Oklahoma, and Clemson. 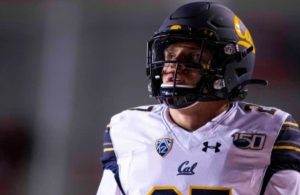 Ashtyn Davis is another safety to keep an eye on. At 6'1 and 200 pounds, Davis appeared in nine games in 2016 and racked up 25 tackles, three passed defended, and a forced fumble. Playing in 12 games in 2017, Davis upped his game to 33 tackles and recorded an interception. In 2018, Davis proved he was one of the best at his position in the conference when he registered 53 tackles, five passes defended, four interceptions, and a fumble recovery on his way to receiving first-team All-Pac-12 honors. This past season he was excellent again with 55 tackles, four passes defended, two interceptions, two forced fumbles, and a fumble recovery as he was named second-team All-Pac-12.

In addition to having upside as a safety, Davis is also skilled when it comes to returning kicks. In 70 attempts, Davis gained 1,604 yards (22.9 yards per return) and scored two touchdowns during his days as a Cal Bear. He's looked at as more of a day two pick, although the combine could raise his stock.

Coverage Spacing – He's not a true prowler as a single high safety but he's got ample mobility and flashes of anticipation to be effective in Cover-2 and take away a half of the field. Burst is best when coming downhill as compared to working laterally to squeeze routes into the sideline.

Acceleration – Doesn't have game-changing burst on the back end when he's tested vertically and if dual routes hold him in place before the throw, he'll struggle to challenge outside the numbers. Super quick working downhill to engage in support for stuff in front of his face, however.

Tackling – He's an impressive tackler when he's working from the last line of defense or closing at the catch point. When you stick him in the box, poor initial angles in pursuit pop up and force him into chase mode too quickly. Strong wrap-up ability in the head on head-onions. Potent pads.

Zone Coverage Skills – I would like to see a touch more anticipation in the zone to flow and scrape when he's not held by a second route. His range works well as a Robber in the intermediate areas of the field and like his influence over top of TEs in the red zone. Not a single high option with high upside.

Ball Skills – Had more ball production in 2018 than 2019 but he's made the most of opportunities when challenged. He won't always squeeze tight window throws without elite physical qualities but when he's put in position off deflections or late throws, he'll take advantage.

Competitive Toughness – He's got a hot motor and is pretty fearless dropping down into the box and challenging blockers. He's not always effective shedding blocks but he'll blow up WRs or TEs in run support. Like his aggressiveness as a tackler, he doesn't catch bodies.

Flexibility – He's got pretty good coil into his tackles, illustrating the ability to unload his and explode through contact. He's made a couple of impressive challenges of the ball to lengthen his body in an effort to extend. Redirection quickness is supported by the dynamic lower half.

Feet/COD – He's fairly nimble and light on his feet, quick to click and close or snap into position to break on routes working into the sideline when he's leveraged inside or over top of the route. Short area quickness flashes when he's blitzing off the edge or working through traffic.

Man Coverage Skills – Like what he's shown in man to man matchups in the slot as they come. He brings enough second gear to get into the trail position or to accelerate and undercut a late throw (Oregon, 2019). He's comfortable playing off man thanks to so many reps at safety.

Versatility – Has been used in a lot of different ways: deep middle, deep half, quarters, nickel in man to man, as a nickel linebacker. Wouldn't sign off on any role that's going to feature him in the box with high frequency, but can be a chameleon in split safety or cover-3 defensive concepts.

Time will tell if the Cowboys go safety with their first selection in April. If they do, however, they'll be a few quality players to choose from.

How many times do you stop to think about the fact that Oklahoma WR CeeDee Lamb fell to the 17th pick of the 2020...
Read more
NFL Draft

The first round of the 2020 NFL Draft didn't go exactly as planned for the Dallas Cowboys. The defense getting help was all but...
Read more
NFL Draft

This draft screams trade back trade back. Would love to see Da Boys manuever to keep a pick in round 1 but add another round 2 and round 3.

This barring a player like DT Kinlaw (USC) being there, this is a Donald Arnold type in the middle.

Even if Da Boys drop back to #32, one of the 3 is most likely there still and their are very good 2nd round prospects available too.