Without Tom Brady, Is Dak Prescott the Next QB to Top NFC?

The biggest news of the offseason for the Dallas Cowboys may be that DC Dan Quinn is returning after turning around the Cowboys defense in 2021, but the hope for this team's future is still very much tied to the offense. Dak Prescott will enter the second year of his new deal with just one playoff win, but a look around the rest of the conference shows that his window may be just opening – should Dallas get Prescott the OL and coaching help needed.

Seven-time Super Bowl champion Tom Brady officially announced his retirement on Tuesday,  stepping away from the Tampa Bay Buccaneers after delivering them a championship in his first season in the NFC. This year's Bucs team lost to the Rams, who will represent the NFC in the Super Bowl from their home stadium the same way Tampa did a year ago. Matt Stafford has been everything the Rams expected when trading for him, surrounding him with Cooper Kupp, Odell Beckham Jr., and a strong running game to make themselves contenders again.

The news that Brady is truly out of the NFL, and football will go on without him as a starting QB for the first time since 2001, will take some time for everyone to process. Brady's retirement comes at the same time the Green Bay Packers are awaiting a decision on Aaron Rodgers, and the Seattle Seahawks deal with trade speculation for a 33-year old Russell Wilson coming off a career-worst 7-10 season.

Even if both QBs return to their teams, Rodgers playoff track record took another hit this season when his “last dance” effort to win as the NFC's top seed was derailed by the 49ers at snowy Lambeau Field. The Seahawks face an uphill battle just making the playoffs out of the NFC West, where every team but them qualified this season.

In their own division, the Cowboys have stability under Dak Prescott that the Giants, Eagles, or WFT don't at QB. The Giants new HC and GM, both coming from the Bills, seem set on giving Daniel Jones a chance to develop into a southern NY version of Josh Allen. The Eagles are hopeful Jalen Hurts can take another step after claiming the last playoff spot in the NFC this season, joining a young group of QBs like Justin Fields and Trey Lance. A WFT roster that was supposed to be just a QB away this season is still in search of that QB, with plenty of other roster needs to address on a defense that underperformed. 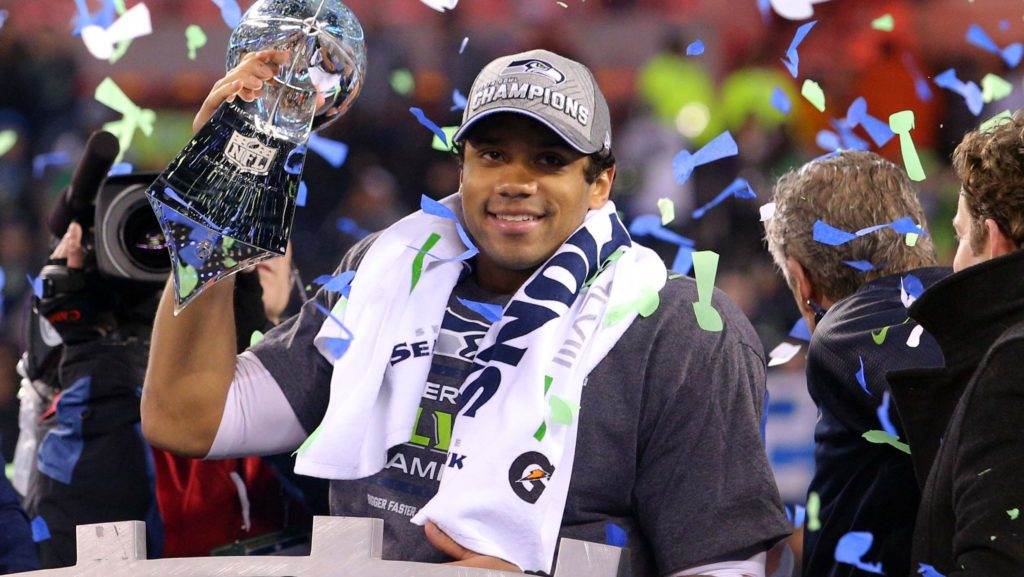 The Cowboys didn't pay Dak Prescott to just be the best QB in a weak NFC East though, and running away with the division in 2021 was supposed to be just the start of a successful season. If they do it again in 2022, a look around the QB situations in the conference shows a clear path for Prescott to consistently be near the top.

The pressure on Cowboys HC Mike McCarthy and OC Kellen Moore couldn't be higher to capitalize on this window quickly. McCarthy will be dealing with Sean Payton rumors all season, only recently being confirmed to return for a third year in Dallas. Moore will no longer be the young and developing coach the Cowboys invested time into, but a coordinator that must get the most out of Prescott while Amari Cooper, CeeDee Lamb, and Ezekiel Elliott are all at his disposal.

It's well known at this point that the Cowboys offense was a shell of itself from week seven all the way through the home playoff loss to San Francisco. Not being able to work out issues up front or timing in the passing game in-season caused yet another wasted year short of the ultimate goal in Dallas. 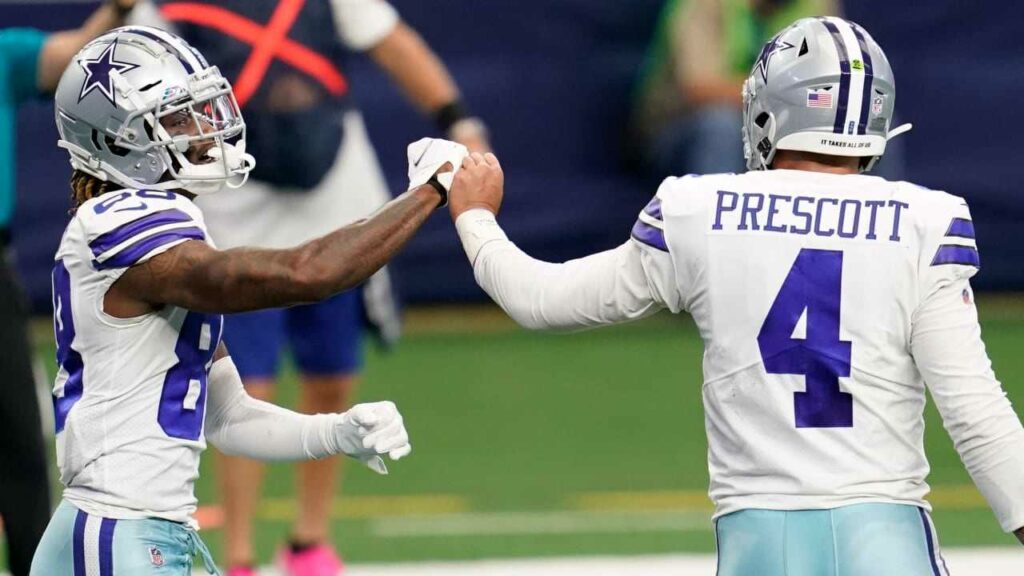 The Cowboys will now begin a long and tumultuous offseason, with a starting point they must take full advantage of. A healthy Dak Prescott is one of the best QBs in the NFC, and the offense around him must be the reason the Cowboys can win against anyone in the league next season. Their first-place schedule includes matchups with Justin Fields in Chicago, Trevor Lawrence in Jacksonville, and SB starter Joe Burrow in Cincinnati – all reminders that young QB talent can pass up veterans in a hurry.

If it finally happened to Tom Brady, the time will come for Dak Prescott, but not before the Cowboys have a real opportunity to contend in the years to come.

A bit optimistic on Prescott. After 6 or 7 years at the helm he is what he is now. Don’t believe there is room for improvement. I hope I’m wrong.

Sean, DP being the top of the NFC, that’s a stretch. While the GOAT has retired in the NFC, things haven’t change enough to catapult DP to the top of that conference. Very interesting stat, Cowboys were the only team to sweep their division, 6-0. Shows just how weak the NFC East is. Yes, it gives the Cowboys a big edge to get into the PS, but only by default, being the best team of a bad division. The stats can really pile up, and then throw in all those defensive TOs, make for a good offensive look. But it’s a faux look.

AGAIN, DP was 17th in QBR rank before the Philly Farce. Even after that folly, he still stands outside the top ten. The media creation and reality just does not match up, but I understand the hype and the overrating of DP. Cowboys are a big draw and a big part of the NFL promotion. JJ does do a good job of promotion even after 26 years of no NFC Championships, no less Super Bowls.

DP couldn’t be in a better situation. A team that is hyped up to the hilt, the NFL friendly media making every excuse imaginable for him (coaches, play calling, O-line, ETC.), and a gullible owner with deep pockets. Us loyal, patient fans get the short end of the stick.

Dak is 13-20 against winning teams since we got him with a talent laden team… as someone on tv said” he is confident but doesn’t play with confidence””
It’s his 6 th year and I think his accuracy and. Decision making processed has regressed .. I don’t mea on 6 yd passes but on critical 3rd downs.. seems like a great guy but he is a lower than average qb with a no 1 guys salary .. too bad we didn’t franchise him last year and would be to move on from him

You are correct regarding the horses up front on the offense. With all the advances in the passing game over the decades in football, a successful air attack still depends on a sound ground game. Plus more time in the pocket for Prescott is necessary to connect with our stellar split receivers.

Prescott is loser, need to replace him with a quarterback that will win during the season and in the playoffs . Winning one game in the playoffs and that huge salary is not going to cut it. Jerry needs to make up his mind and soon.