2018 Cowboys: What can we Expect from the Rookies?

Every season, rookies come in with the pressures of being the future of the franchise and are often expected by everyone to be able to contribute right away. The Dallas Cowboys are no exception. Not many of these rookies will be day-one starters, but most will be given the opportunity to take playing time away from some of the veterans.

The team is without Dez Bryant, Jason Witten and Orlando Scandrick after years with the team. This season, there will be new faces getting more time due to the huge holes left by the departure of their aging vets.

Some rookies are going to be asked to start right away, while others are only going to play selectively. It's probable that all will see the field at some point this season, but only a few will need to make an immediate impact from day one.

The Cowboys will  probably start off with Sean Lee, Jaylon Smith and Damien Wilson as the starters in the linebacker group. This means Leighton Vander Esch likely will come off the bench to fill in at both the MIKE and WILL linebacker spots in rotation.

It's uncertain which spot will be his spot for the future, but with the health history of Sean Lee and Jaylon Smith, Vander Esch is going to see plenty of time this season. Going forward, his true spot will reveal itself the more he plays.

Connor Williams is the only rookie that I'm comfortable saying is a day-one starter.

The only hole in the starting group among the offensive line was the left guard. Williams comes off a stellar college career at Texas where he only allowed one sack in his time there. Not only does Williams fill the final spot along the line, he could potentially be the next pro bowl offensive lineman among a group of already elite players.

His priority will be at left guard, but with the injury history to Tyron Smith, he also gives the Cowboys some extra insurance at left tackle. Connor Williams is not only a starter right away, but is probably the team's most valuable rookie.

What Dak Prescott needed was players who are good at route running, separating from coverage and that don't drop passes. Michael Gallup checks all three boxes.

The starting trio of wide receivers at the moment looks like Allen Hurns and Terrance Williams on the outside, with Cole Beasley in the slot. I think it's likely that we see Gallup play all over the field given his versatility and Dallas's need for play-makers.

Gallup was among my top-5 best wide receiver prospects in the draft, so hopefully it doesn't sound too biased when I say, I expect Gallup to be one of Dak's most frequently targeted receivers this season.

The team doesn't have Dez Bryant, Brice Butler or Ryan Switzer anymore and the team needs to find their next number one. Gallup will be given a shot throughout the year to be just that. 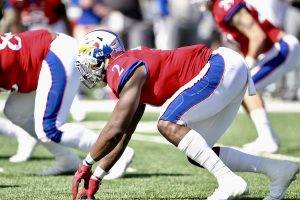 The good news for Dorance Armstrong's development is also bad news for his playing time; the Cowboys are flushed with defensive end talent and won't need his help very much right away.

With DeMarcus Lawrence, Taco Charlton, Tyrone Crawford, David Irving and Kony Ealy on the roster, it will be hard for Armstrong to get on the field much.

He likely won't get a lot of playing time this year, almost as a defacto red-shirt year, but he can use it as quality learning time and play some when needed.

Dalton Schultz may have lucked into a starting job. The retirements of James Hanna and Jason Witten created a huge gap for the Cowboys at their number one and two starting tight end spots. The team also has Rico Gathers, Blake Jarwin and Geoff Swaim on the roster, but it'll be interesting to see if Schultz not only has the blocking skills to take the number one spot, but also the receiving skills to do so.

The team may end up keeping all four tight ends but Schultz might be given every opportunity possible to earn a starting spot. If not, he'll take over Geoff Swaim's role as the third tight end, who only comes in on special teams and sub packages.

The hope is the former but he's going to see the field no matter what due to the large need at the position.

Mike White was brought in to compete with Cooper Rush for the team's number two quarterback spot. He has the ball skills to compete for the position but he'll start off as the team's third string quarterback.

If he can push Rush the way Rush pushed Kellen Moore last season, the team may go another direction yet again at the back up position.

As a rookie, he may be stuck as the third quarterback, meaning he won't see any action at all in 2018, even in blowouts. He also likely won't be put on the practice squad neither, likely being too valuable of a prospect to let go. Don't expect to see White this season, aside from preseason.

Chris Covington gives the team valuable depth for the linebacker group. Except for injury, Covington will only be used on special teams or rotations. He was a late round pick, meaning he needs more time to develop than some of the other picks.

He may get his shot at a starting job in a year or two, but 2018 probably isn't his year. He's got plenty of talent but he isn't the rookie linebacker that will be given the most looks this off-season.

Cedrick Wilson is going to come in and play the position that Brice Butler had a season ago, but might have a higher ceiling thanks to his more impressive college career when compared to Butler's. He will be the team's deep threat and his skills compare to Michael Gallup.

While this year Wilson is likely the fourth or fifth wide receiver, and the team's deep threat option, by this time next season, we may see Wilson be named as the other starting wide receiver on the opposite side of Gallup. For this season though, he may not get as many chances early in the season as he will as the year goes along. 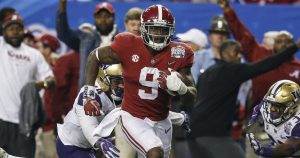 The team has its lead dog in Ezekiel Elliott, and their speed/receiving threat out of the backfield in Tavon Austin. Scarbrough will have to compete with Rod Smith as the team's short yardage back. Rod Smith gives the team position flexibility, and plays several different roles, which may give Scarbrough a chance.

He is not in any way going to take carries away from Elliott, and won't be the first change-of-pace option the team has, not with Tavon Austin. We may only see him 5-10 offensive plays a game, especially on two yards or less to gain, or maybe even goalline situations.

He was an exciting player at Alabama, but he'll be a role player in Dallas.

Shane Carterhttps://dawgpounddaily.com/author/scarter1/
Lifelong Cowboys fan, who doesn’t mind telling the harsh truth. I’ve got a Bachelors Degree in Electronic Media and Communications from Texas Tech University. I welcome all opinions but I will shut down any troll.
Previous article
Despite Going Undrafted, Kameron Kelly A Welcome Addition to Cowboys Secondary
Next article
Cowboys LB Damien Wilson Could Have Frustrating Contract Year

Think you nailed it but LVE is a day 1 starter simply because Da Boys have no one else at the Mike.

If were going all in for this quote on quote “Dak Friendly” offense, then why in the hell would Terrance Williams start opposite of Allen Hurns?? He’s just as slow and outdated as Dez and Witten were . If were going forward with this new fast paced offense, then we need to let the young guys loose opposite Hurns Gallup,Wilson,Thompson,whoever