The Dallas Cowboys special teams in 2020 was far from special during the year. From failed fake punts to missed field goals to poor punting, it was a disappointing first season for Special Teams Coach John Fassel. While disappointing for much of the year, there were still some positive things to take away that can carry over into 2021.

With about a month until free agency, the Cowboys will have some decisions to make with their roster to put themselves in a better position in 2021.

When you look on the surface of Greg Zuerlein's 2020, it doesn't seem so great. He just hit 82.9% of his field goal attempts and only 91.7% of his point-after attempts. However, when you look at his splits for the 2020 season, it tells a much different story.

The Cowboys should bring back Zuerlein as he'll only cost $2.8 million against the salary cap in 2021. His stability inside 50 yards was a welcomed improvement and though he wasn't as strong beyond 50 yards, the Cowboys should limit how often they kick from that deep anyway.

At the punter position, veteran punter Chris Jones is a likely cap and performance casualty this offseason. His ability had dropped off over the last couple of years and it no longer warrants his $2.5 million cap hit. The Cowboys can save $2 million by releasing him and going with the cheaper and more productive Hunter Niswander.

As you can see, in the same amount of games, Niswander averaged more yards per punt than Chris Jones.

From this screenshot from Pro Football Focus, Niswander had twice as many punts downed inside the 20 as Jones and a better net. Niswander did allow more punts to be returned and allowed more yards per return. However, that's going to happen when you kick it further down the field.

Long-time Dallas Cowboys Long Snapper L.P. Ladouceur is scheduled to be a free agent this offseason, which has been the case for each of the last several offseasons. The only question here is. Does Ladouceur want to continue playing? If the answer is yes, the Cowboys will sign him and pay the nearly $2 million he'll make for playing in 2021. That's not a position where you stray from consistency, and Ladouceur is as consistent as it gets in his career.

Though we don't often talk about position players in special teams previews, it should be worth noting that C.J. Goodwin is a fantastic special teams player. When the Cowboys re-sign him this offseason, it will be because of his work on special teams. Though his most significant value comes on special teams, he did provide some value as a spy against Jalen Hurts against the Philadelphia Eagles. That little wrinkle by Mike Nolan was very effective, but it's not why the Dallas Cowboys will re-sign him in 2021.

Laduceur is the most interesting story in sports. He hss a career approaching 20 years with one team and makes 2 million a year to long snap.
Never has there been an interview with this guy.
There is a story here.

I say we bring back Zuerlein. I had a lot of faith in him this year. More so than Brett Maher and as you can tell you never want to take the K for granted. Jones is for sure a cap casualty. Niswander did much better than him and at a fraction of the cost. If LP wants to come back he deserves too. It maybe be time to bring in a young LS to learn the position from him and get the torch handed to them.

Niswander is a no brainier. Zuerlein is pretty solid. If LP wants to be back, great.

Goodwin’s value could be in jeopardy. If Robinson reaches his prophesied ability at both Special Teams and Cornerback, Goodwin becomes replaceable and loses leverage. Problem is, those questions can’t be answered until camp starts.

For the record … I’m still holding out hope that Robinson is moved back to CB. 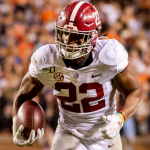 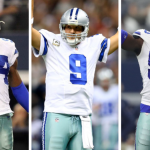