The Dallas Cowboys 2020 season so far has resembled a scene from A Nightmare on Elm Street. Dak Prescott (ankle), Tyron Smith (neck), and La'el Collins (hip) have all had season-ending surgeries. Anthony Brown, Chidobe Awuzie, Leighton Vander Esch, and Sean Lee have all missed significant time as well, which is a huge reason why the Cowboys currently possess one of the league's worst defenses.

Despite their injury woes and a disappointing 2-5 start, the Cowboys can regain the top spot in the NFC East with a victory over the Philadelphia Eagles this Sunday. Here are three key players to watch for the Cowboys ahead of this division showdown.

Seventh-round rookie Quarterback Ben DiNucci got his first real taste of NFL action last week after Andy Dalton suffered a concussion vs the Washington Football Team. He completed two of his three passes for 39 yards but was also sacked three times. Now, the talented gunslinger will get his first start against a very capable Eagles pass rush.

DiNucci doesn't lack any confidence though, saying this about the Eagles defense going after him in his first start.

“Bring the whole house. Why not? We’ll make up for it. It’s all good,” DiNucci said, via the Dallas Morning News.

If the Cowboys offensive line, which has been under reconstruction all season long, can find a way to keep DiNucci upright he has a chance to be quite productive.

The defensive tackle position has been a huge disappointment for Dallas in 2020. Gerald McCoy suffered a torn quadriceps muscle in August and was lost for the year. Earlier this week, Dontari Poe was released due to poor performance and weight issues according to team owner Jerry Jones.

This sets up third-round rookie Neville Gallimore to continue to see his role increase on the Cowboys defense. After only 20 snaps in the first four games, Gallimore has logged 22, 23, and 38 in the last three games respectively. With more playing time on the horizon, Gallimore realizes it's time to step up.

“I’m here for a reason. They got me here for a reason,” Gallimore said Wednesday on a conference call. “So it’s my opportunity to step up, and I have that chance now. Taking it day by day. A lot of the progression doesn’t happen overnight. It’s about making sure I focus on the little things, just keeping my head down, and trying to get better.”

Gallimore's combination of power and speed will be needed this Sunday, especially against the run where the Cowboys rank 32nd.

It seems like all season long Cowboys fans have been waiting for one of those classic performances from Ezekiel Elliott. It's been a struggle for the two-time rushing champion as he's failed to reach the 100-yard mark in the first seven games, making it the longest stretch of his career that he hasn't done so.

Elliott has rushed for less than 60 yards in four of the last five games, failing to even reach 50 yards in the last two. Also, he's had a troubling fumbling issue, as he's put the ball on the ground fives already this season (the team has lost four of them).

The Cowboys star runner recognizes just how important Sunday's game vs the Eagles is, as he explained to the media on Wednesday.

“We have to figure something out fast,” Elliott said. “We’ve got to win this weekend. We can’t have any excuses. It doesn’t matter how many guys we have down.”

With DiNucci making his first start at quarterback it'll be very beneficial for the Cowboys to establish Elliott to make things easier on him.

It's desperation time in Dallas. If they're going to have any shot at winning the NFC East, they need to start with a win in Philadelphia, or the trainwreck that has been the 2020 season will surely continue. 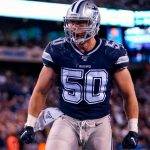 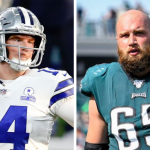