The current COVID-19 pandemic has left some questions as to how a 2020 season can happen for the NFL. However, the league released it’s the schedule for the upcoming season on May 7th as if things will be business, as usual, come September, although contingency plans are being discussed if plans have to be altered.

Mike McCarthy inherited a very talented roster, and he didn’t waste time improving it. In free agency, he did an overhaul on defense with the additions Gerald McCoy, Dontari Poe, Ha Ha Clinton-Dix, and Aldon Smith. In the draft, he knocked it out of the park (thanks to Will McClay and the Cowboys front office) by stealing CeeDee Lamb, Trevon Diggs, Reggie Robinson, Tyler Biadasz, and Bradlee Anae.

Now, the Cowboys are set to recapture the NFC East crown from the rival Philadelphia Eagles, and here are three players on offense who are ready to step their game up and break out in 2020.

Pollard was a steal that fell into the Cowboys lap in the fourth round of the 2019 NFL Draft. After only 46 yards on 17 carries in his first two games, Pollard exploded with 103 yards on just 13 carries in Week 3 vs the Miami Dolphins. This made himself and All-Pro Ezekiel Elliott the first pair of Cowboys running backs to each run for 100 yards in a game since 1998. In Week 15 vs the Los Angels Rams, Pollard led the team with 131 rushing yards on just 12 carries. He would finish with 86 carries for 445 yards and two touchdowns while adding another 107 yards on 15 receptions.

McCarthy will implement some of his West Coast scheme to pair with Offensive Coordinator Kellen Moore’s philosophy. Look for more opportunities for Pollard in the passing game as well as packages that will feature both himself and Elliott on the field at the same time. 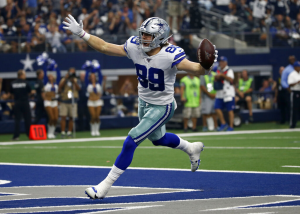 Blake Jarwin has been a fan favorite for quite some time in Dallas. It all started on the road in the 2018 season finale vs the New York Giants when Jarwin exploded on the scene with seven receptions for 119 and three touchdowns. All signs pointed to Jarwin establishing himself as the top dog in the tight end room in 2019, but Jason Witten returned from retirement and derailed those plans.

Witten would be the starter but it was clear when given the opportunity, Jarwin was a bigger playmaker down the seams and in the middle of the field. So much so that he only had 164 fewer yards and one less touchdown than Witten on about half the receptions. Now that Witten is with the Las Vegas Raiders, there’s nothing holding Jarwin back from wearing the tight end crown. 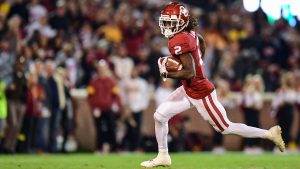 Yes, I’m putting the rookie on this list. Lamb, regarded as the best receiver coming out of college, wasn’t supposed to even fall to the Cowboys, but the draft is an unpredictable process. Nonetheless, he brings excellent ball skills, good route-running, and amazing after the catch ability to the Cowboys offense. Also, not only can he play in the slot (which is where he’ll be primarily) but he has the skill set to line up at both outside positions as well, making him that much more difficult to stop.

One thing or I should say two, that will assist Lamb in being effective is Amari Cooper and Michael Gallup. Cooper can also line up in the slot if need be. That means you could potentially line up Cooper and Gallup on one side and let Lamb destroy corners one-on-one on the other side. It’s literally an embarrassment of riches that Cowboys have at receiver.

The Cowboys offense has a chance to be one of the league’s best in 2020 and these three players will play key roles if that is to come about.